No. 21 Tennessee dropped four places after losing to Florida State and beating Virginia Commonwealth at the Emerald Coast Classic. 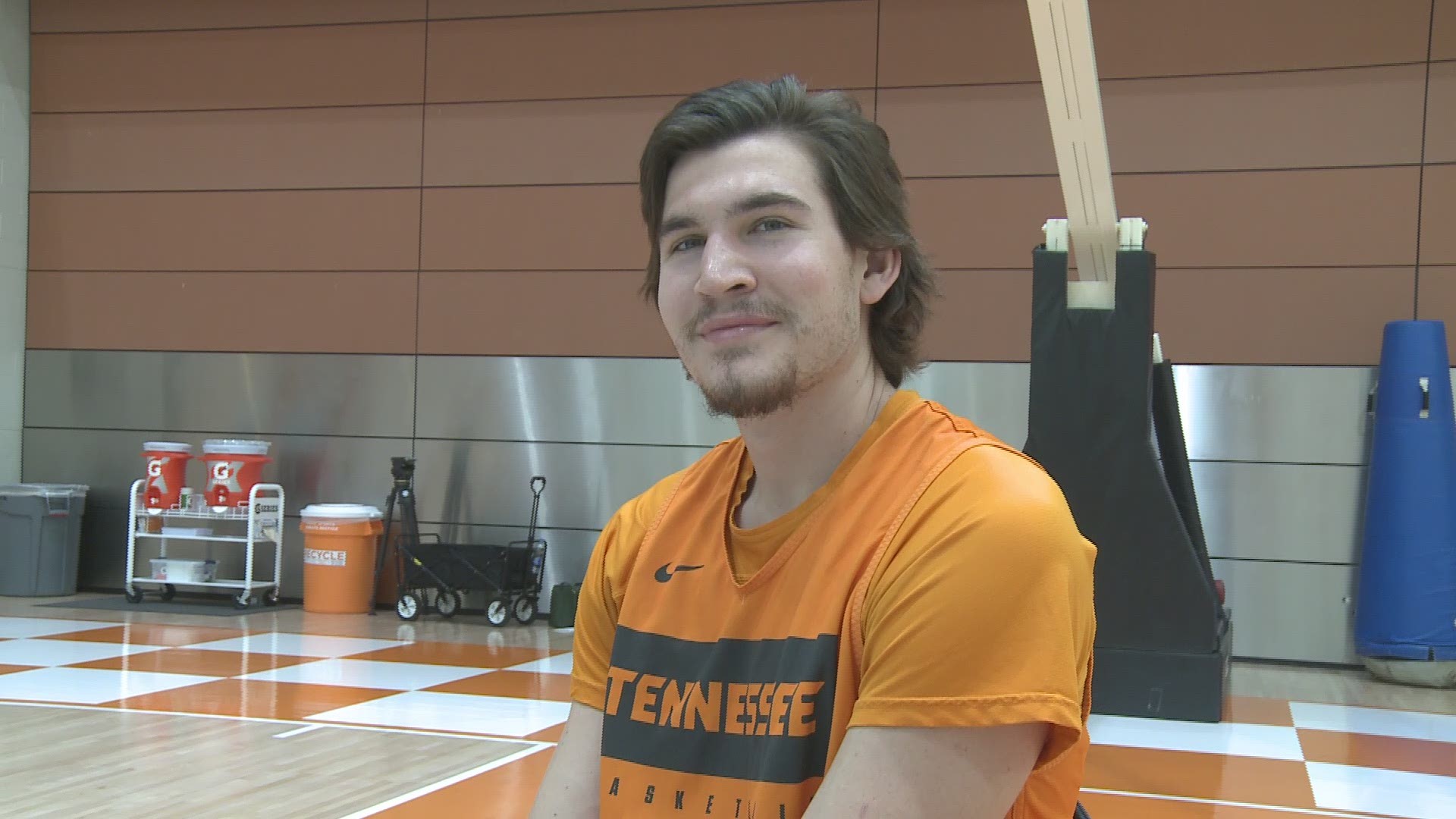 Louisville is the latest No. 1 following an unexpected loss by Duke. Michigan has matched a record by debuting at No. 4.

A season of parity is taking a toll in the AP Top 25.

Louisville became the fourth team in five weeks to claim the top spot, receiving 48 of 65 first-place votes from a media panel in The Associated Press men’s basketball poll released Monday.

No. 2 Kansas, coming off the Maui Invitational title, had three first-place votes and No. 5 Virginia received five. Maryland rose to No. 3 in a week when every spot in the poll changed from last week.

Michigan (7-0) knocked off Iowa State, No. 7 North Carolina and No. 9 Gonzaga to win the Battle 4 Atlantis title in the Bahamas. The Wolverines were rewarded with nine first-place votes and matched Kansas in 1989 for the biggest jump from being unranked in the history of the poll that dates to 1949.

“I'm sure we're on the map now,” Howard said. “A lot of teams are looking and seeing Michigan as a name that's out there. When you beat teams like Creighton and Iowa State as well as North Carolina and Gonzaga, you're no longer under the radar.”

Louisville wasn’t exactly under the radar after opening the preseason poll at No. 5. The Cardinals (7-0) made a steady climb to No. 2 and moved to the top spot when previous No. 1 Duke lost at home to Stephen F. Austin. Duke dropped to No. 10 after its 150-game home winning streak against nonconference opponents ended in Durham.

Louisville has its first No. 1 ranking in six years after beating Akron and Western Kentucky last week.

The record for most teams at No. 1 is seven, set in 1983, so this season is already more than halfway there. Another jumble could come next Monday because of a slate of huge games this week, including Michigan at Louisville on Tuesday.

Kansas was No. 3 in the preseason poll and dropped to fifth after a season-opening loss to Duke. The Jayhawks (6-1) have been on a roll since them, culminating last week with their third Maui Invitational title.

Kansas used its size up front to beat up on Chaminade, Brigham Young and Dayton to add to the Maui titles it won in 1996 and 2015.

“I’m not sure the win will have a ton to do with what we do going forward,” Jayhawks coach Bill Self said. “It’s still November and I would like to think that that automatically puts us in a very good or favorable position, but if you don’t play well against Colorado, a top-20 team, next Saturday then this probably didn’t mean as much.”

Michigan had the biggest jump after receiving 12 overall votes last week. No. 6 Ohio State and No. 14 Auburn were next, each moving up four spots.

No. 25 Utah State had the biggest drop, falling 10 places after losing to Saint Mary’s on Friday.

No. 11 Michigan State tumbled eight spots after going 2-1 in the Maui Invitational.

No. 21 Tennessee dropped four places after losing to Florida State and beating Virginia Commonwealth at the Emerald Coast Classic.

No. 17 Florida State is ranked for the first time this season after beating Tennessee and Purdue to win the Emerald Coast Classic.

No. 19 Dayton moved into the Top 25 for the first time since 2015-16 following a strong performance at the Maui Invitational. The Flyers (5-1) knocked off Georgia and Virginia Tech before taking Kansas to overtime in the title game.

No. 24 Butler moved into the AP poll for the first time since hitting as high as No. 11 in 2016-17 after winning the Hall of Fame Classic in Kansas City. The Bulldogs (7-0) beat Missouri, then took down Stanford 68-67 on Kamar Baldwin’s 18-foot jumper.

Florida dropped out from No. 24 despite beating Saint Joseph’s, Miami and Xavier to win the Charleston Classic.

Xavier was out from No. 25 following the loss to the Gators in the title game.

Texas Tech took a massive fall after losing to Iowa and Creighton at the Las Vegas Invitational, dropping out of the poll from No. 12.