Tamika Catchings was inducted into the Naismith Memorial Basketball Hall of Fame on Saturday evening. 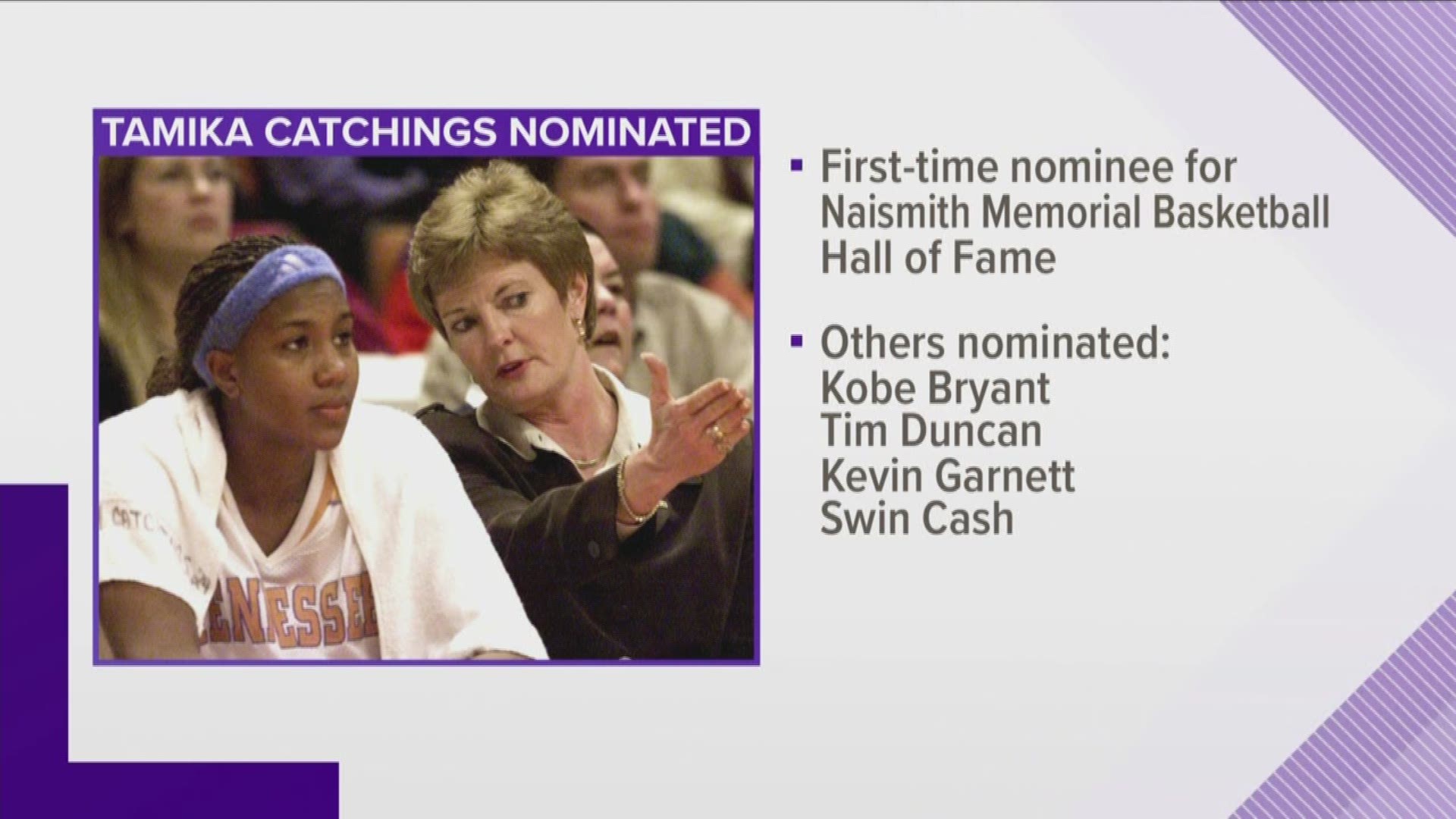 After a year-long delay, due to the COVID-19 pandemic, former Lady Vol Tamika Catchings officially entered the Naismith Memorial Basketball Hall of Fame on Saturday.

Catchings joined Pat Summitt as the only Lady Vols in the hall of fame. She credits the lessons from her late coach for some of her hall-of-fame accomplishments.

"She's definitely the one that got me to play defense. So, all the defensive accolades that I got later in my life...she had a part of those early on," Catchings said. "But I think, as a person, she really helped me develop and find my voice."

"Basketball chose me, an awkward, lanky, introverted tomboy, born with a hearing disability, a speech impediment, and a will to overcome obstacles, dream big and to change the world," Catchings said in her induction ceremony speech.

Catchings played for Tennessee from 1997 to 2001, earning WBCA All-America honors each season. The LVFL also made the All-SEC First Team three times. Additionally, she is a former ESPY, Associated Press, WBCA, Naismith and U.S. Basketball Writers of America player of the year award winner.

As a professional, she won the 2011 WNBA MVP award and led the Indiana Fever in capturing the 2012 WNBA Championship. Catchings is a 10-time WNBA All-Star, a 12-time All-WNBA Team selection and a five-time WNBA Defensive Player of the Year.

NBA legends Tim Duncan and Kevin Garnett, as well as the late Kobe Bryant are also part of the 2020 basketball hall of fame class. Catchings will also be inducted in the Women's Basketball Hall of Fame in August.

Hall of famer Alonzo Mourning inducted Catchings on Saturday. However, the Tennessee legend said her choice would have been Summitt.

In closing, Catchings added one more note about her basketball life.

"This truly has been a basketball storybook ending. They say it takes a village to raise a child, I say it takes a village to make dreams come true. To all the people that have been a part of my village, thank you. We all have dreams and goals and whether you're young or old, born with a disability, or have been told of the things you can't accomplish, tonight I share the same words that my parents shared with me, with a twist - 'If anyone can do it, you can. Shoot for the stars, work hard and catch your dreams.'"