Knox County Mayor Jacobs received a whole pallet of MoonPies. Here's what he plans to do with all 974 pounds of them

The friendly wager ended with a pallet of MoonPies after the last football game. 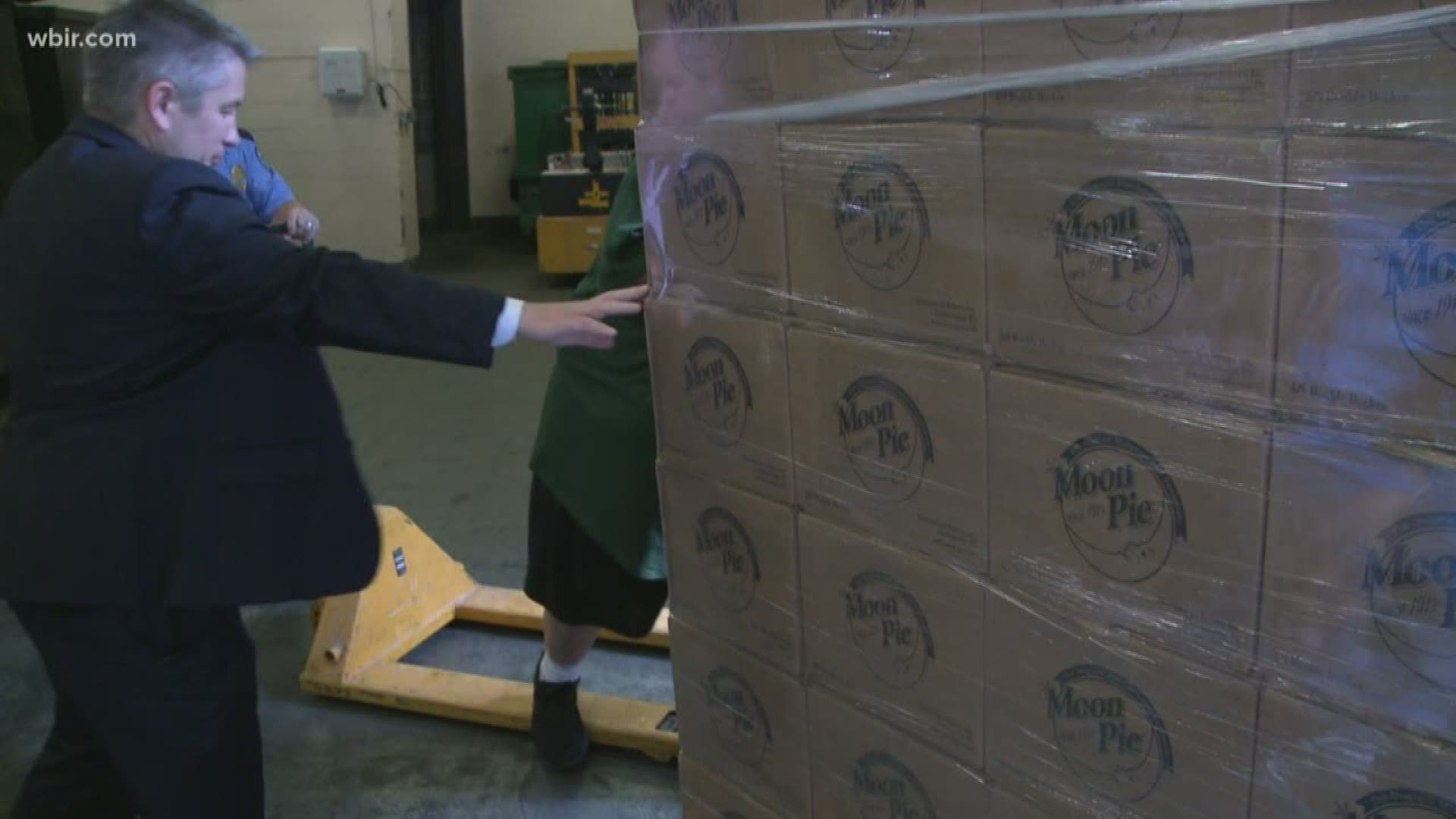 KNOXVILLE, Tenn. — Updated Story (9/19/19): Knox County Mayor Glenn Jacobs got a lot more than he bargained for out of a friendly wager with Hamilton County Mayor Jim Coppinger over the UTC vs. UT game last week.

Instead of a case of MoonPies, Coppinger sent Jacobs a whole pallet.

That's approximately 3,100 MoonPies, or 974 pounds of the treat, according to the Mayor's office.

So what does one do with a "near endless supply of MoonPie?"

Jacobs said he couldn't eat all of them even though he might try during a video posted to his Facebook page Thursday.

"We have some various community organizations that we're reaching out to to see how we can properly dispose of the MoonPies, and that means people eating them and putting them in their bellies."

RELATED: A mayoral smackdown with Moon Pies, Mountain Dew and Mello Yello is brewing ahead of the UTC vs. UT game

The last time the UT Chattanooga Mocs won against the Vols was in 1958 and they were hoping they could have done it again last weekend.

The Vols won the game by a ladslide and Coppinger stayed true to his word on delivering Jacobs his MoonPies. However, Coppinger decided to change the amount of Moonpies he would be sending.

Instead of the case that Jacobs asked for, crews delivered an entire pallet. That's a total of 3,100 MoonPies equaling about 974 pounds.

Jacobs happily received the MoonPies and posted a video on Twitter thanking Coppinger for being a man of his word and paying off on the friendly wager.

Jacobs promised to put the MoonPies to good use and he's glad the wager could bring attention to the great products of East Tennessee. He said they are currently working with area organizations to find the best way to share the massive amounts of MoonPies.

RELATED: Vols get first win of season in shutout victory over Chattanooga

RELATED: "We will definitely have our hands full" | Pruitt previews Florida week