Need to Know: Tennessee vs. Florida

The Vols travel to Gainesville for its first SEC game of the season. 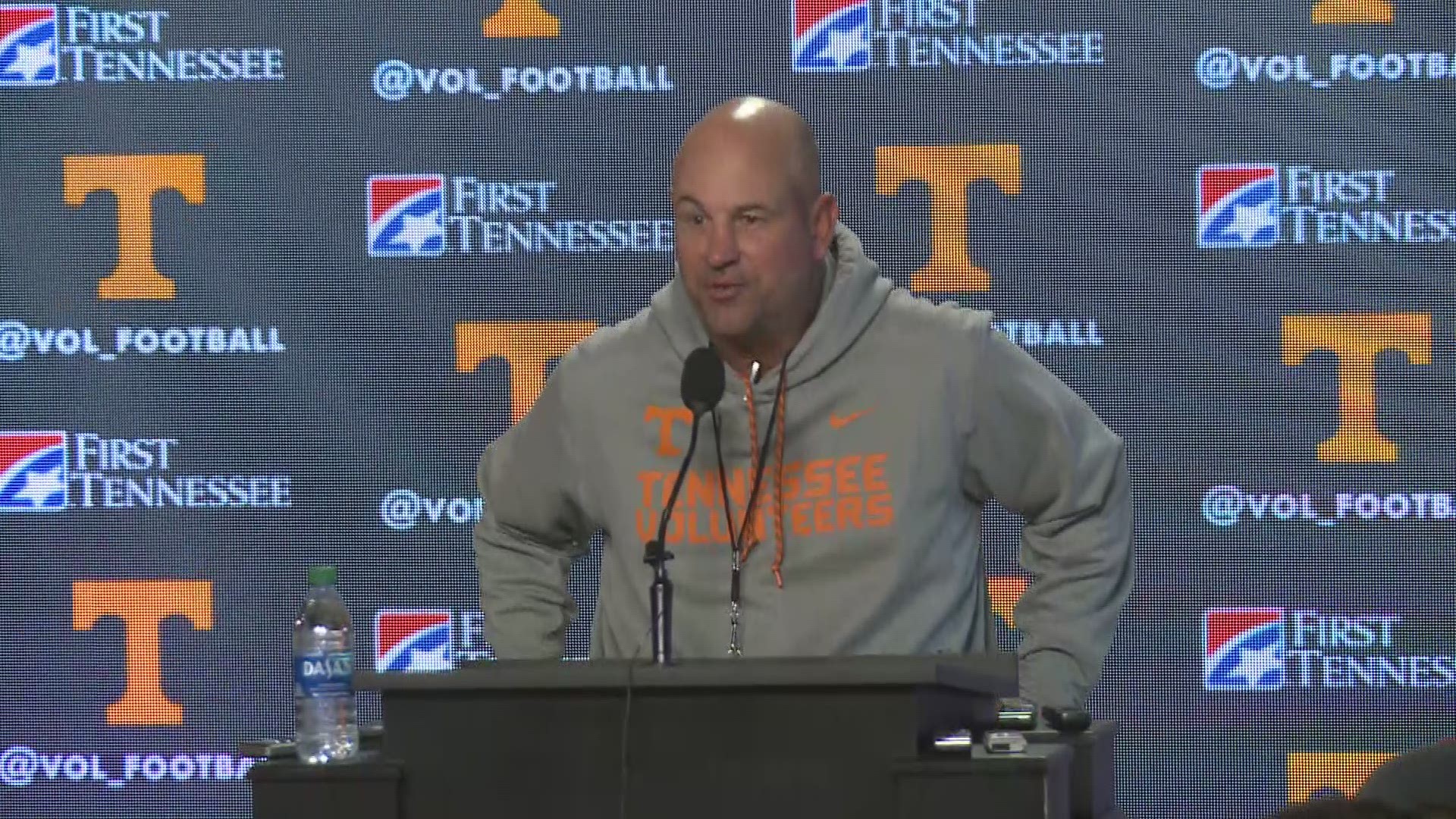 Tennessee gets the SEC season started with a trip to Gainesville to face rival Florida in the Swamp. UT is coming off of a 45-0 win against Chattanooga in Neyland Stadium, its first win of the season. No. 9 Florida is 3-0 this season, with wins over Miami, UT-Martin and Kentucky.

The Vols kick off at noon on September 21 against the Gators. The game will be televised on ESPN.

RELATED | Jauan Jennings read to ball in the Swamp

Tennessee football bounces back with win vs. Chattanooga

Florida leads the all time series against Tennessee (20-28) mostly because of recent dominance. The Vols have won just one game against Florida since 2005, the 38-28 second half comeback against the Gators in 2016. Things have been real tight in recent years, with two games being decided by one point (2014 and 2015) and one game coming down to a last-second Hail Mary in Gainesville (2017).

This is redshirt junior Jarrett Guarantano's first game in the Swamp as a starter. In 2018 Guarantano threw two interceptions as part of a six turnover night for the Vols in a 47-21 loss in Neyland.

HEADING TO THE SWAMP?

For those making the trip to Gainesville, here's what to keep an eye out for at Ben Hill Griffin Stadium, per Florida's official website

Cooling and Hydration Initiatives
With high temperatures expected during the early part of the season, cooling and hydration initiatives will be in place for the first four home games including misting stations located throughout Ben Hill Griffin Stadium (Gate 9, Gate 16, Upper North Endzone), free cups of ice and cooling buses outside Gates 2 and 13. Fans are also encouraged to stop by the Comfort Temp Chill Zone at Alligator Alley (west concourse between Gates 1 and 4) to cool down. There will also be 3,000 cooling towels distributed at the Gators Fan Fest prior to the game.

Hydration Stations are located inside the stadium at Gate 2, 7, 12, and 16, as well as behind Section 1 and 45, along with the upper north end zone behind Section 322. The two locations outside the stadium—which were purchased and sponsored by UF Student Government are outside Gate 8 and 16.

Complimentary Sunscreen
There will be free sunscreen for fans attending football games at Ben Hill Griffin Stadium available at the Guest Service Kiosks at Gates 1, 7 and 16.