No game? No problem! | Vets 4 Vols hosts tailgate for bigger cause

Each day, the U.S. Department of Veterans Affairs said around 17 veterans die by suicide. A group of Tennessee fans got together to check in on each other. 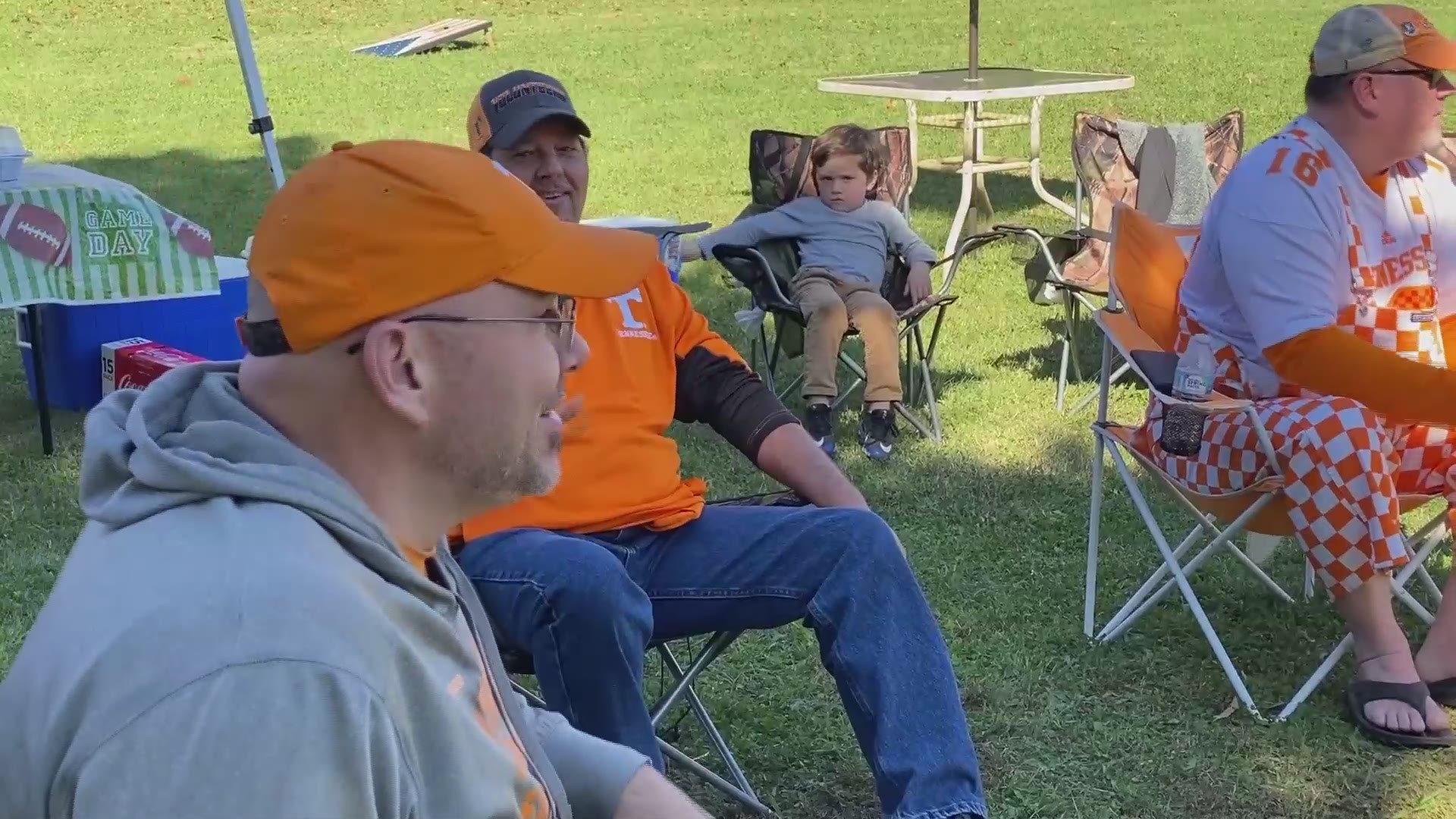 He had planned the first Vets 4 Vols tailgate for the game but knew it was for something bigger than football.

"I've lost, honestly, just as many friends to suicide that I have to combat," Lester said. "We do need help. We need support. Sometimes we're not all strong and big and bad all the time."

According to the U.S. Department of Veterans Affairs, roughly 17 veterans die by suicide every day. Lester said he was nearly one of them.

"I actually almost became one of the statistics to that. That's what caused me to make that [post asking about other veterans in Vol For Life]," Lester said. "This is just another way for veterans to have each other, another outlet."

On Saturday, he and a group of veterans gathered for the first time.

"Today, we're having a great time," said Jason Jones, another veteran. "They need their fellow brother or sister... And if we can save one life, we've done our job."

Regina Stearns said they appreciated having people to talk to that had gone through similar experiences.

"Some of the experiences that some of us have been through, some of them have been pretty horrific," Stearns said. "It's important to get together as a group and feel like you have somebody to talk to."

She and her husband served in Desert Storm together. She said while Saturdays are still game days, she enjoyed getting to bond with everyone else.

"We all love the Vols," she said. "There's no game, but we're still rooting for them."