How much do you know about Peyton Manning? Reboot of College Bowl to premiere Tuesday

Peyton and his brother Cooper will host the ultimate battle of the brains in NBC's new summer series premiering Tuesday at 10 p.m.! 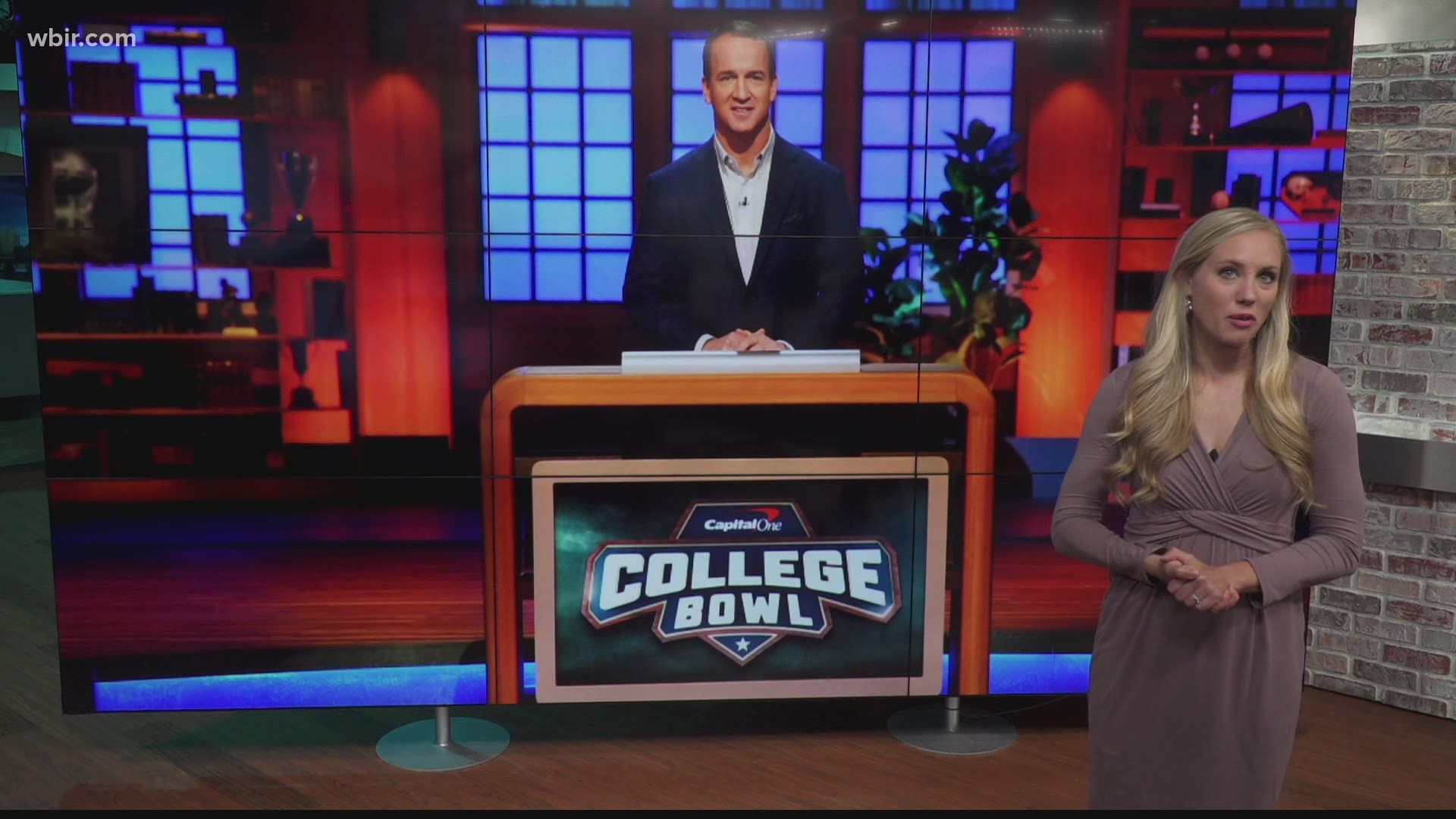 UNIVERSAL CITY, Calif. — The Sheriff is on his way to add a new title to his post-NFL career: Game show host!

Peyton Manning and his brother Cooper will reignite one of the greatest college and university rivalries to hit television after a more than 50-year hiatus when NBC reboots the award-winning 'College Bowl' quiz show.

The Capital One College Bowl will premiere Tuesday, June 22, at 10 p.m. on WBIR Channel 10 and other NBC stations.

We're putting your knowledge to the test. We'll have trivia questions every week on our Facebook page to see just how much you know about Peyton Manning!

Of course, if Peyton's going to be asking the questions, it's only natural that other Tennessee Vols get a piece of the action! The University of Tennessee will be one of 12 schools sending three of their best and brightest to compete on TV for a total of $1 million in scholarships.

Teams of three from each school will battle it out in a bracketed tournament over four rounds and answer questions on a wide variety of subjects. The top two schools will head to the finals where they will compete head-to-head for the Capital One College Bowl trophy and a scholarship toward their education.

All competitors will receive tuition assistance for participating, but the winning team will take home the largest scholarships. The Capitol One Merit Award will also be given to four students who made an impact outside of the competition to recognize their character, leadership abilities and involvement in extracurricular activities benefitting the community.

The original 'College Bowl' aired as a radio show in 1953 before it became a televised program in 1959. The show aired on NBC stations from 1963 to 1970 before it branched out into a non-televised event on campuses across America.