Pruitt: No black jerseys for the KY game, but they could be an option in the future

The players wanted to wear the black jerseys and auction them off to help local organizations in the Black Lives Matter movement. 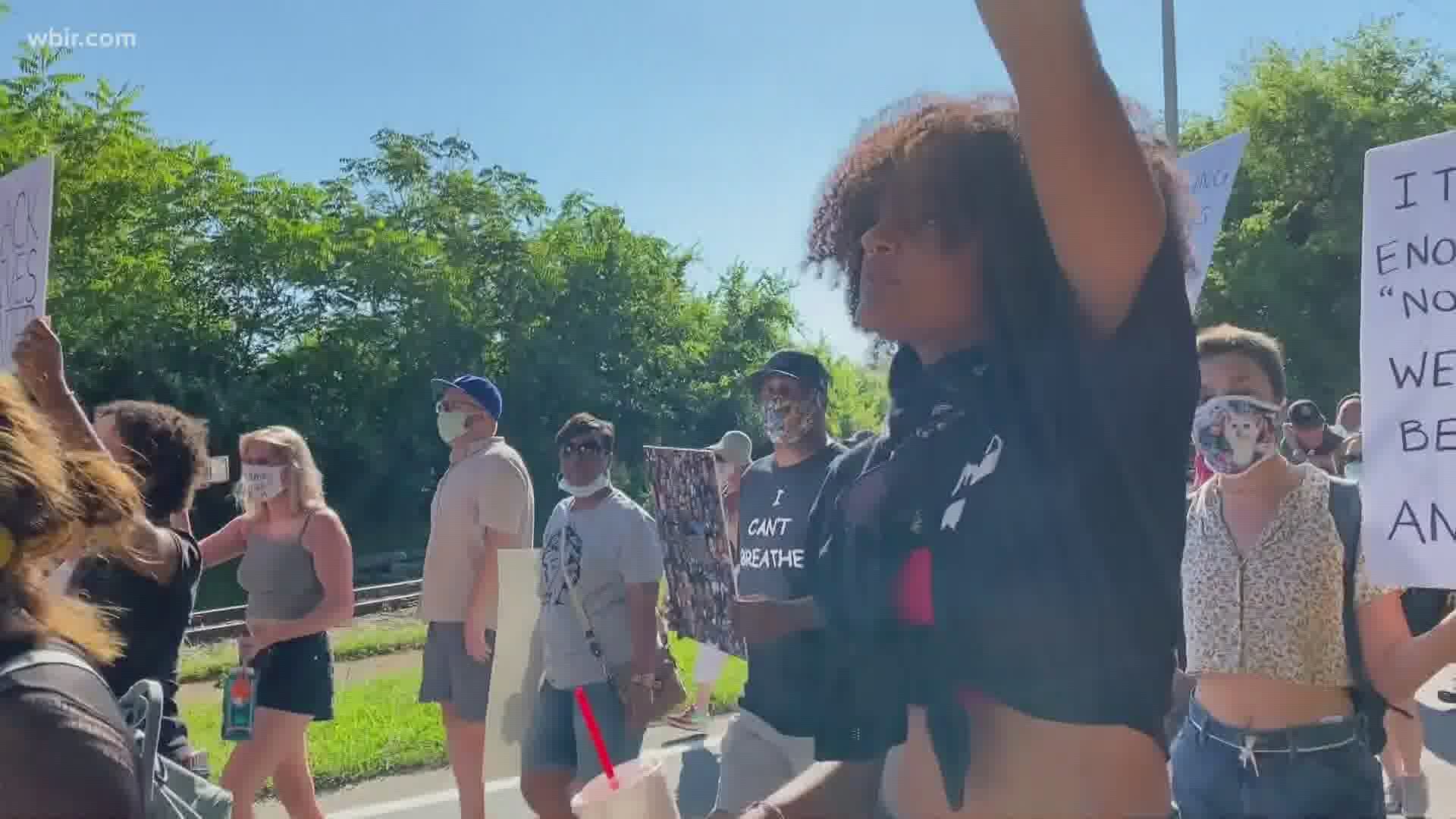 KNOXVILLE, Tenn — The Tennessee football team will continue to support the Black Lives Matter movement, but they won't be doing it with a black jersey for the game against Kentucky.

Before the season started, Coach Jeremy Pruitt said that was one of the ideas that the team had to support the racial equality movement. They wanted to then auction off the jerseys to donate money to local organizations.

Pruitt said at his Monday press conference that the schools' contract with Nike prevents them from an alternate jersey at this time.

"Well, you know what, I learned a really good lesson as a head football coach.
You know, there's contracts within the people that do our, I guess the apparel, that we wear," he said. "And you know, it's something that our players and our staff want to do. It's something that we're not going to be able to do from a standpoint from a contract, but we're going to find ways within our organization to raise money to support local institutions.

RELATED: Tee Martin: We haven't decided yet how to use jersey proceeds to help community

Tennessee has only worn black jerseys once, in 2009 against South Carolina in a game played on Halloween under Coach Lane Kiffin.

Pruitt said it may be an option in the future.

"So we're not going to be able to do it this game but you know, Nike guaranteed us that from now on that we would be able to have black jerseys, black uniforms. It's something that we've worked hard within our organization and our administration to get done," Pruitt said.

The Vols take on Kentucky on Saturday at noon in Neyland Stadium. You can watch the game on the SEC Network.