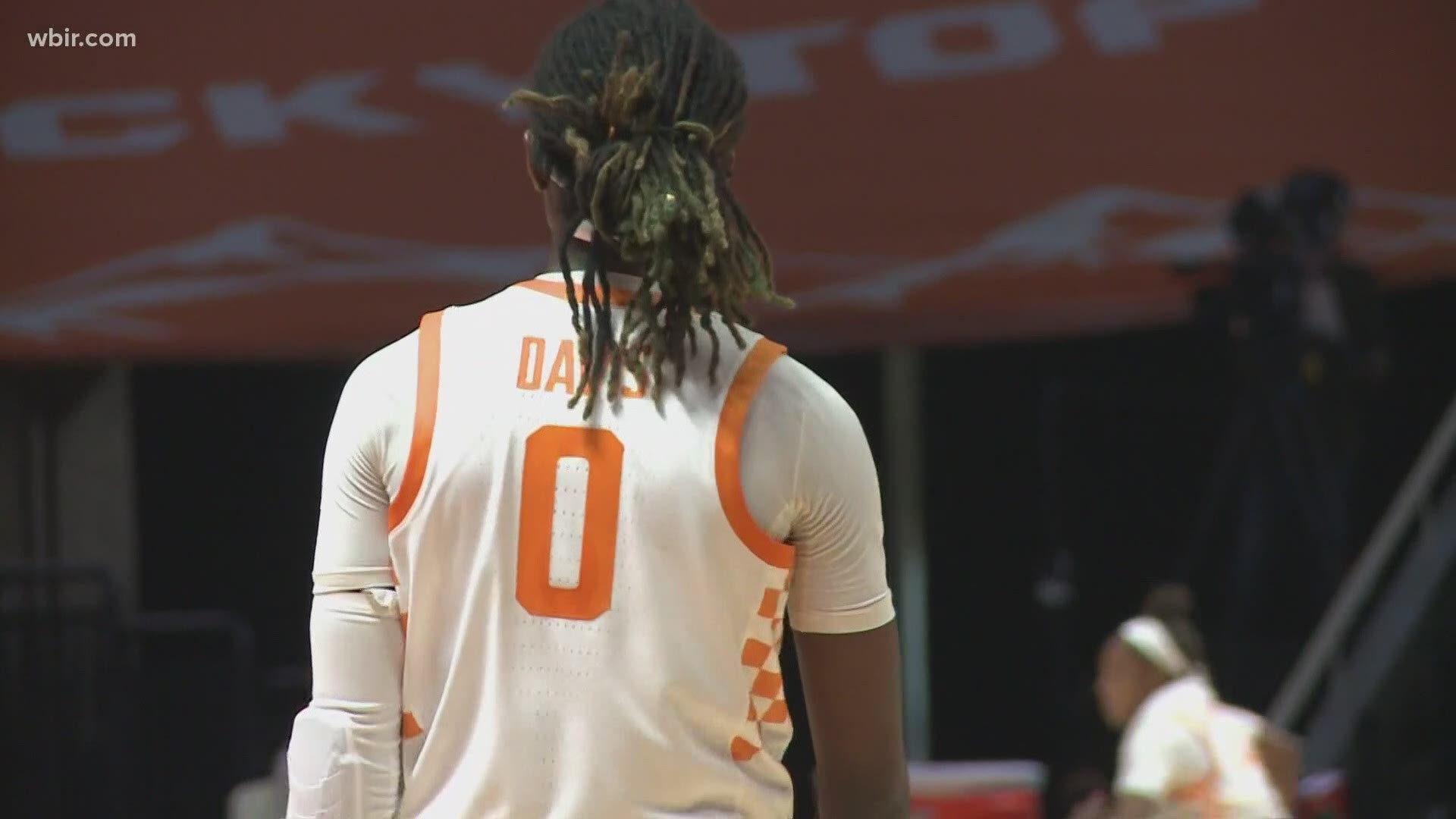 Davis had a historic four-year career on Rocky Top. The Jacksonville, Florida native finished her Tennessee tenure top 10 in points, points per game, rebounds and rebounds per game. Chamique Holdsclaw, Candace Parker and Tamika Catchings are the only other former Lady Vols to accomplish that. They were all first round WNBA draft picks. Davis is also top 10 in double-doubles, 20-point games, free throw percentage and field goals.

Davis collected a plethora of honors and awards at Tennessee. She earned AP All-America honorable mentions twice and made the Coaches All-SEC First Team twice. In 2019, she made the Coaches and AP All-SEC Second Team. In 2018, she earned a spot on the SEC All-Freshmen team. After her final season, Davis took home the Senior CLASS Award, which is given to the most outstanding student-athlete in Division I women's basketball.

In her senior season, Davis led the Lady Vols with 17.8 points per game and 8.8 rebounds per game. That paced Tennessee on the way to its 39th consecutive NCAA tournament appearance.

"If I had to choose a word that best describes my past four years, that word would be grateful," Davis said via Twitter when she declared for the draft. "Although I am saddened that this chapter is closing, I am beyond excited for what's next. I love you, Lady Vol Nation, and I will always cherish the moments we have had together on Rocky Top!'