Rick Barnes was leading candidate for UCLA head coach position, but decided to stay with UT

Barnes signed a contract extension with Tennessee last fall, giving him an annual salary of $3.25 million, the second-highest in the SEC, behind Kentucky's John Calipari. 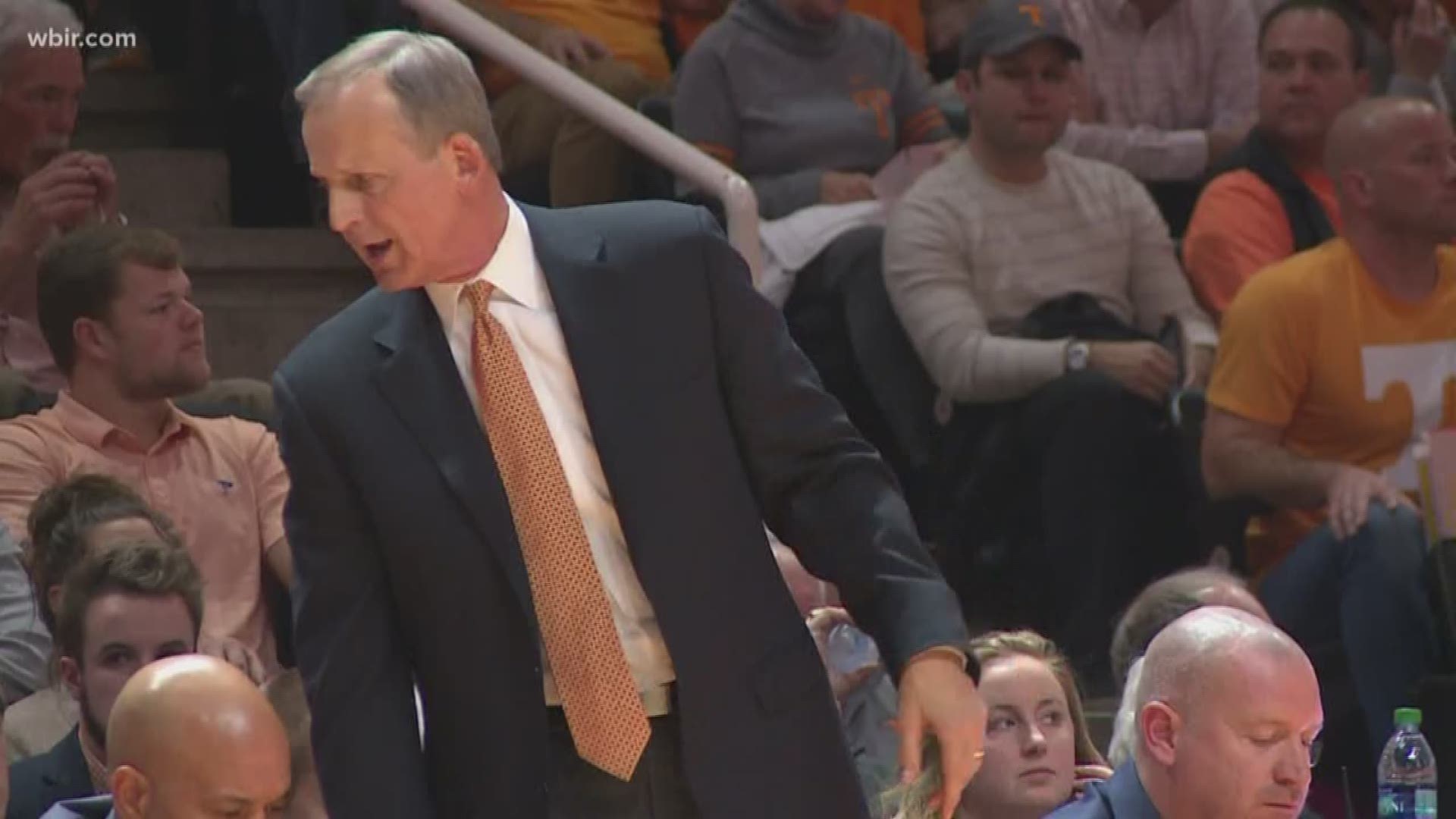 KNOXVILLE, Tenn. — Tennessee head coach Rick Barnes will be staying with the University of Tennessee after he emerged as a serious candidate in UCLA's head coaching search, WBIR confirmed Sunday night. Evan Daniels of 247Sports first reported the news.

WBIR has learned that Tennessee has made an offer to keep Coach Barnes, and Barnes himself said he's going to take it.

On Monday, WBIR learned UCLA officials were in Knoxville over the weekend and made Barnes a five-year offer. Tennessee also followed up with their own five-year deal.

Barnes is UCLA's No. 1 priority. Tennessee knows that and is discussing the situation.

PHOTOS: Rick Barnes at the University of Tennessee

Sunday, Barnes became the first Tennessee men's basketball coach to win the Naismith Coach of the Year Award. He led the Vols to a program-record-tying 31 wins this season and guided Tennessee to its eighth Sweet 16 appearance and first since 2014.

10News anchor Russell Biven has learned that Barnes was targeted by Arkansas and that money was not an issue, but Barnes wasn't interested in that or other jobs in the SEC. He said he wouldn't do that to Tennessee.

Biven also shared that money would not be the decided factor for Barnes.

UCLA fired Steve Alford in December and has since attempted to lure Kentucky's John Calipari and TCU's Jamie Dixon but couldn't close a deal with either coach.

Barnes and Tennessee agreed on a contract extension before this season in September that raised his salary to $3.25 million with built-in raises of $100,000 per year. At the time, it made Barnes the second highest paid coach in the SEC and 10th highest in the country.

Texas A&M recently hired Buzz Williams away from Virginia Tech, giving him a reported $3.8 million salary for his first season.

If Barnes were to leave Tennessee he would owe the school a $5 million buyout.

Seniors reflect on time at Tennessee

'Flying' with Tennessee basketball, sort of...