The SEC says only essential personnel will be allowed on the field, and that doesn't include mascots, cheerleaders or the band. 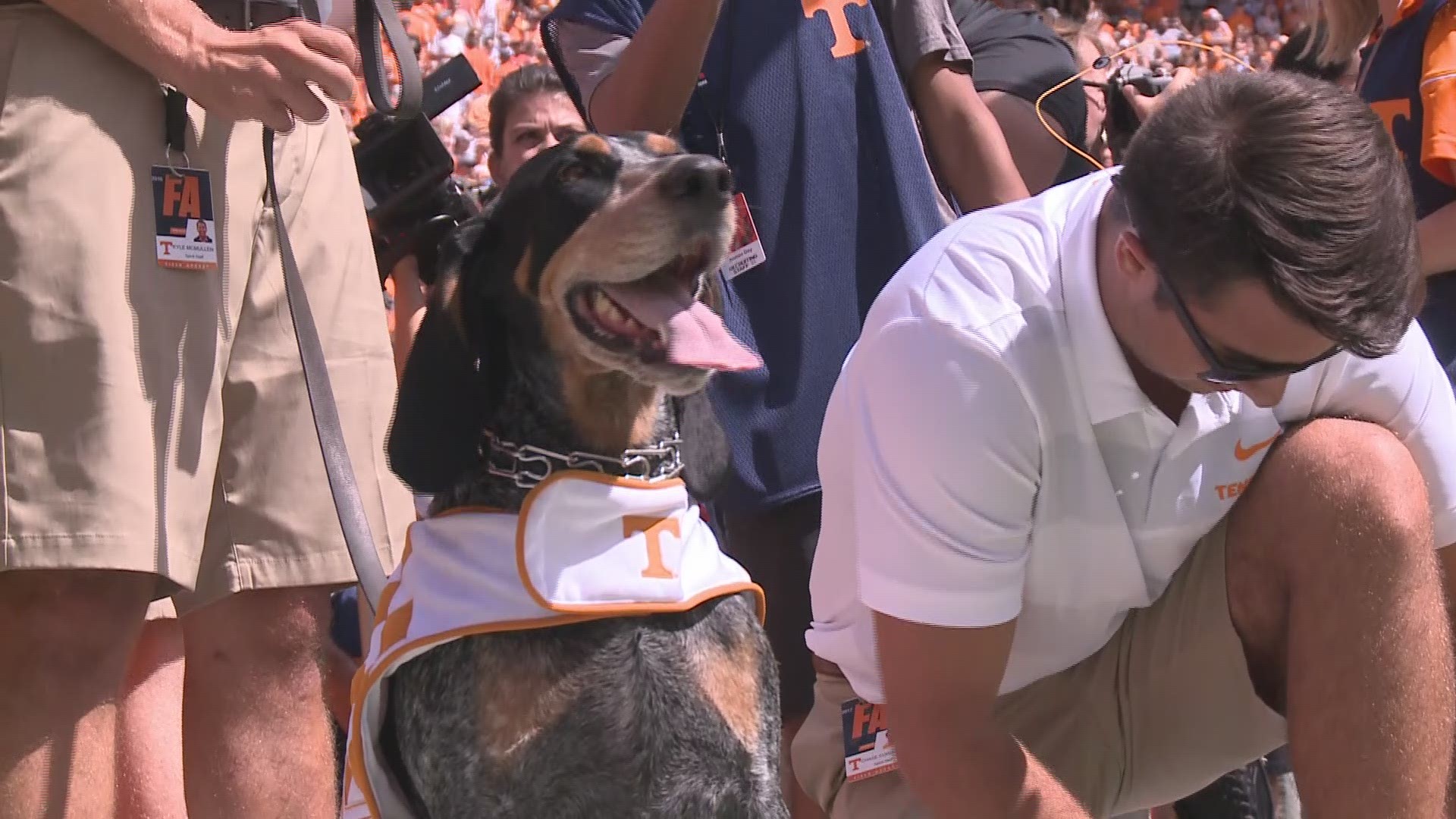 KNOXVILLE, Tenn — Like many Tennessee fans, the world's most famous bluetick coonhound will also be sitting out gamedays this fall.

SEC guidelines put in place because of the COVID-19 pandemic will limit capacity in Neyland Stadium to 25 percent and only allow for essential personnel to be on the field for games this year. That includes players, coaches, officials, law enforcement and a limited number of media.

Despite how Vol fans feel about Smokey, he is not counted as essential personnel, according to Tom Satkowiak, UT's Associate Athletic Director for Communications.

"It’s certainly our hope that Smokey can safely return to Shields-Watkins Field next season!" he said.

Smokey leading the team through the T and howling in front of the student section won't be the only beloved gameday tradition missing this year.

The Pride of the Southland Band won't be forming that T before the game or performing on the field at halftime, at least as the season starts. The SEC said guidelines could be adjusted depending on the COVID-19 pandemic.

1 / 26
Louis Fernandez
Smokey the bluetick coonhound is the official and much loved mascot for the University of Tennessee.

Will we get to hear Rocky Top?

It's still not clear if the band will be allowed to play in the stands, though band leaders told us they would play whenever and wherever they are allowed. They may have to reduce the number of members at each game and rotate the musicians so everyone gets a chance to perform.

Gameday just wouldn't be the same without the Pride of the Southland.

Tennessee Traditions | The Pride of the Southland Band pic.twitter.com/kT7ghw2oP2

It doesn't look like cheerleaders or other spirit squad members will be on the field either, as they would not be considered essential personnel.

The Vol Walk and band march to the stadium will also likely not happen this year.

No tailgating will be allowed at city-owned garages and UT won't be sponsoring tailgates on campus.

So a UT gameday will certainly look different this year. The Vols will kick off the season on the road Sept. 26 against South Carolina. The home opener is set for Oct. 3 at noon against Missouri. Both games will be televised on the SEC Network.