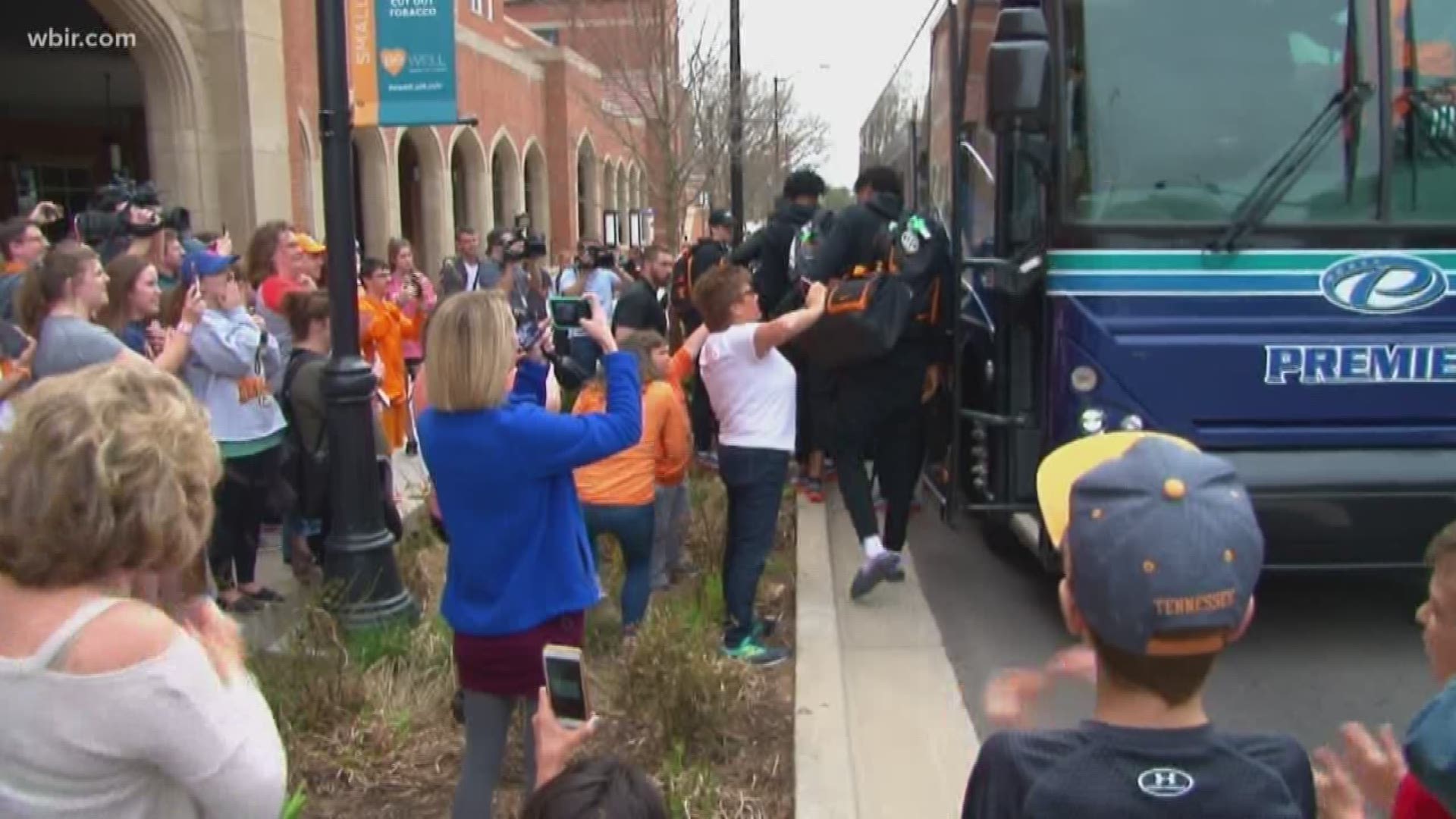 They wanted to thank the team for an incredible season.

"They gave so much this season," student Allie Norris said.

Even with their heads held high, the Tennessee Men's Basketball team may have stepped off the bus from Louisville feeling disappointed -- but that wasn't how the fans greeted them.

"They all put in so much energy and emotion," student Blayne Chance said.

"I think people are sad and disappointed, but they're also really proud," another student said.

Students put pen to basketball rubber--trying to capture the silver lining on a disappointing loss.

"Very proud of the team, is what I'll say," student Cecil Walsh said.

"Thanks, that's really the best way you can sum it up, is thank you," student Forrest Lehman said.

Comments on the WBIR Facebook page echoed the same sentiment.

Gary Ward said the team played their hearts out, and will always be remembered.

Janet Flynn Bunch said everyone was so proud.

Students say this team was special on the court, but they stood out off the court as well.

"Being able to to see them on campus, see them grow, not just as basketball players, but as people is a very exciting thing," Walsh said.

"Awesome people, they're just really solid," student Jefferey Martell said. "They're always helping each other out or making people's days by going and seeing them."

And though the team left with a loss in Louisville, what they brought back means even more.

"Thank you Schofield, good luck in the NBA," Chance said. "You too, Alexander."

Looking toward the future, students say they're excited about some new recruits and what the team has in store for next year.