Grand Slam and Goodnight! Vols walk off against Wright State in the Knoxville Regional

Tennessee will play Liberty at 6 p.m. on Saturday. 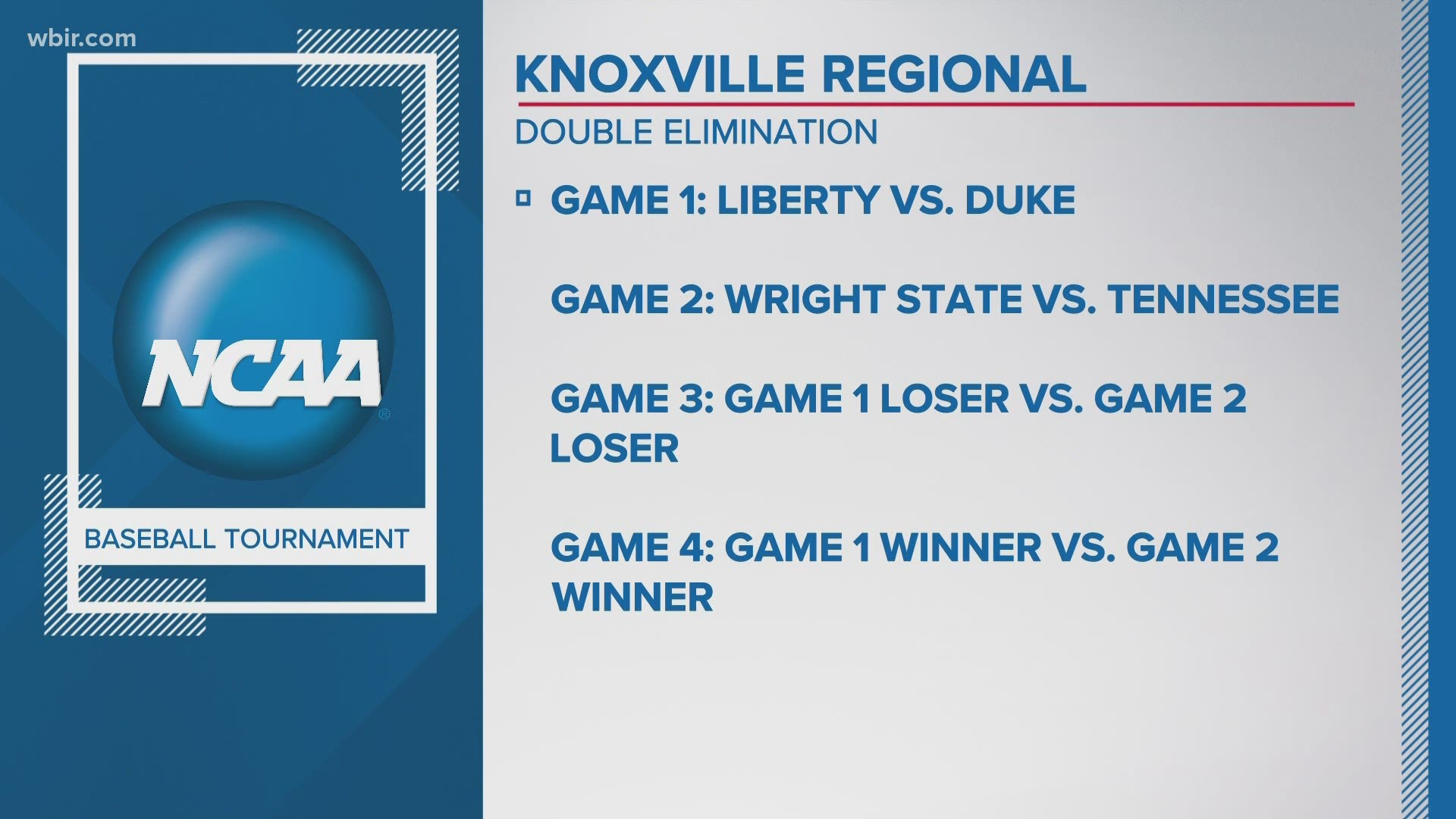 KNOXVILLE, Tenn. — After a great run in the SEC tournament fell just short of a championship, the Tennessee baseball team is facing big expectations in the NCAA tournament.

Tennessee played against Wright State in the Knoxville Regional opener Friday night at 6 p.m. The Raiders won the Horizon League Tournament last week and went 35 -11 this season, before falling to the Vols.

Friday's game ended with thunderous cheers filling a tense stadium after a grand slam walk-off led the Vols to victory, 9-8.

The Vols were selected as the No. 3 national seed in the tournament on Monday.

The Vols were set to host Duke (32-20), Liberty (39-14) and Wright State (35-11) in the Knoxville regional from June 4 and run through June 7. The regional round is a double-elimination format with the winner moving on to the NCAA Super Regional next weekend.

Their next game will be Saturday at 6 p.m. when the Vols face off against Liberty.

The Knoxville Regional is paired with the Eugene Regional. If Tennessee advances after this weekend, the Vols host either Oregon, LSU, Gonzaga or Central Connecticut the next weekend.

Tickets for this weekend's Knoxville Regional are on sale NOW at AllVols.com. UT has announced that 300 students will receive free admission to the 2021 postseason games hosted in Lindsey Nelson Stadium while supplies last.

This will be the first time the Vols have hosted a regional since 2005. That year, UT made it all the way to Omaha with a College World Series bid.

Tennessee enters the Knoxville Regional fresh off an impressive run to the SEC Tournament Championship game last weekend. It marked the Vols' first appearance in the title game since 1995, with UT posting three consecutive wins over No. 3 Mississippi State, Alabama and No. 13 Florida before falling to top-ranked Arkansas in the final.

The Big Orange were 45-16 overall entering this weekend's regional, their most victories since winning 46 games during their run to the College World Series in 2005.