Tennessee falls to Purdue in overtime, 99-94 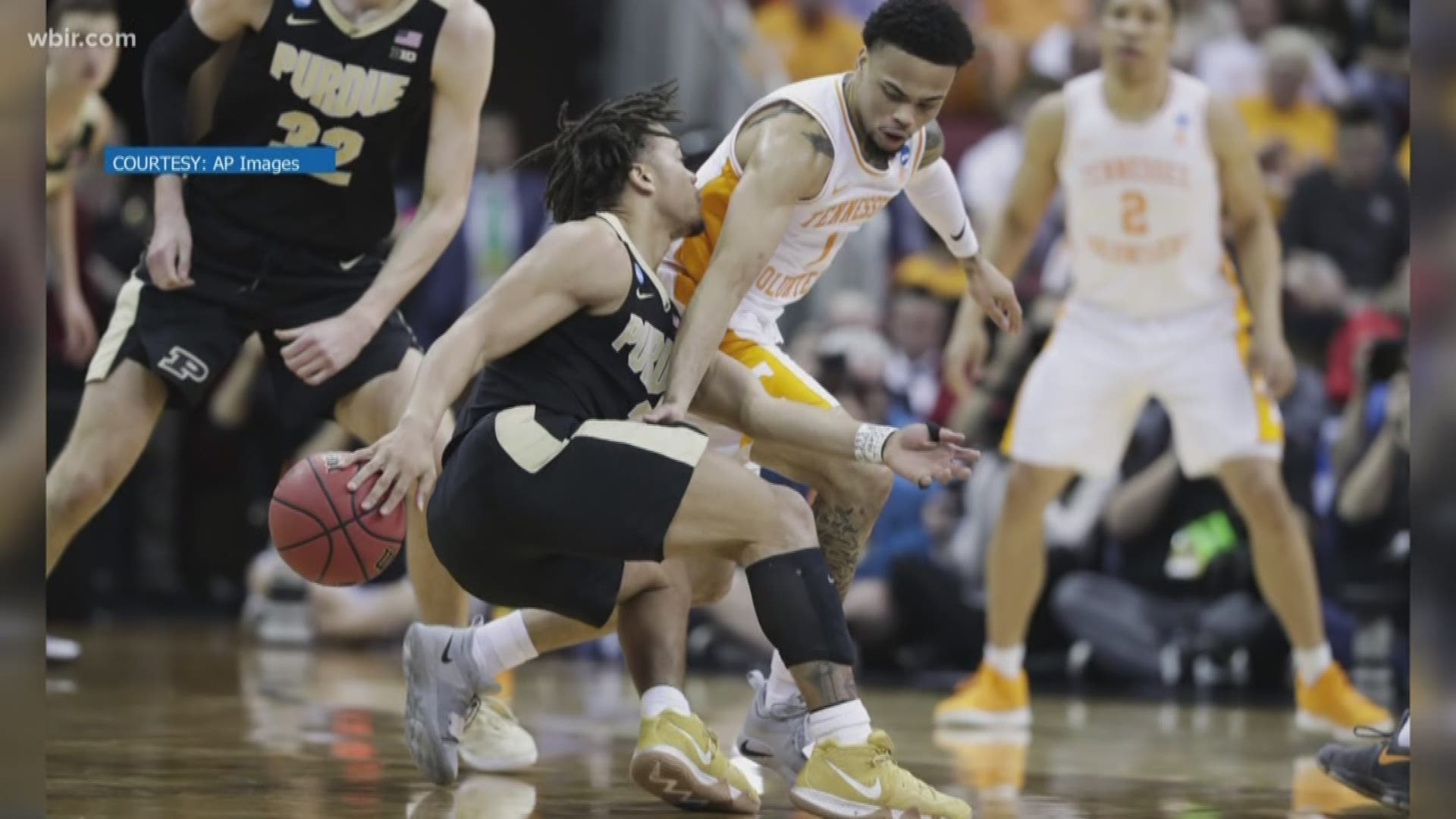 LOUISVILLE, Ky. — After an absolute gem of a second half comeback, No. 2 seed Tennessee falls to No. 3 seed Purdue in overtime, 99-94 the final.

The first half for Tennessee was, in a word, uncharacteristic. Tennessee was bullied inside. Purdue outrebounded Tennessee 21-17 and outscored the Vols in the paint 16-8. Purdue star Carsen Edwards got going early, scoring 15 points against Tennessee in the first 20 minutes. An important note however, Lamonte Turner played very good defense against the Boilermaker guard, giving up just one open look, but Edwards was able to make shots with a hand in his face. It did take the junior 12 shots to get to 15 first half points.

Perhaps what stood out the most though, was Tennessee’s free throw shooting. This season, the Vols average 76.4 percent from the charity stripe, but in the first half, Tennessee shot an astonishing 30.8 percent, going 4-13 from the line.

The second half was more of the same from Purdue, the Boilermakers took its largest lead of the game (18 points) with 16:19 left. But the Vols were not done. Tennessee cut into the lead with a 14-0 run in the second half. Lamonte Turner and Admiral Schofield played big for the Vols. Turner scored 13 second half points, Schofield added 18 in the final 20 minutes.

The two teams traded blows back and forth, but it came down to the SEC Player of the Year. Grant Williams rebounded a Turner layup and slammed it home to take the lead. On the opposite end, he blocked Edwards with 2.5 seconds left.

Edwards got a shot at redemption. Turner was called for a foul on Edwards in the corner on a three point attempt. At the charity stripe, the Purdue star went 2-3, tying the game at 82.

RELATED: What happened on controversial foul late in the game?

In overtime, the Boilermakers hot shooting continued and it would prove too much for Tennessee. The Vols fall to Purdue 99-94.

Tennessee finishes the season with a 31-6 record, tied for the most amount of wins for a Tennessee men’s basketball team. Seniors Admiral Schofield, Kyle Alexander, Brad Woodson and Lucas Campbell have played their last game in Orange and White.