Tennessee fans beg Rick Barnes not to leave for UCLA

The Big Orange faithful clearly don't want to lose another coach to California. 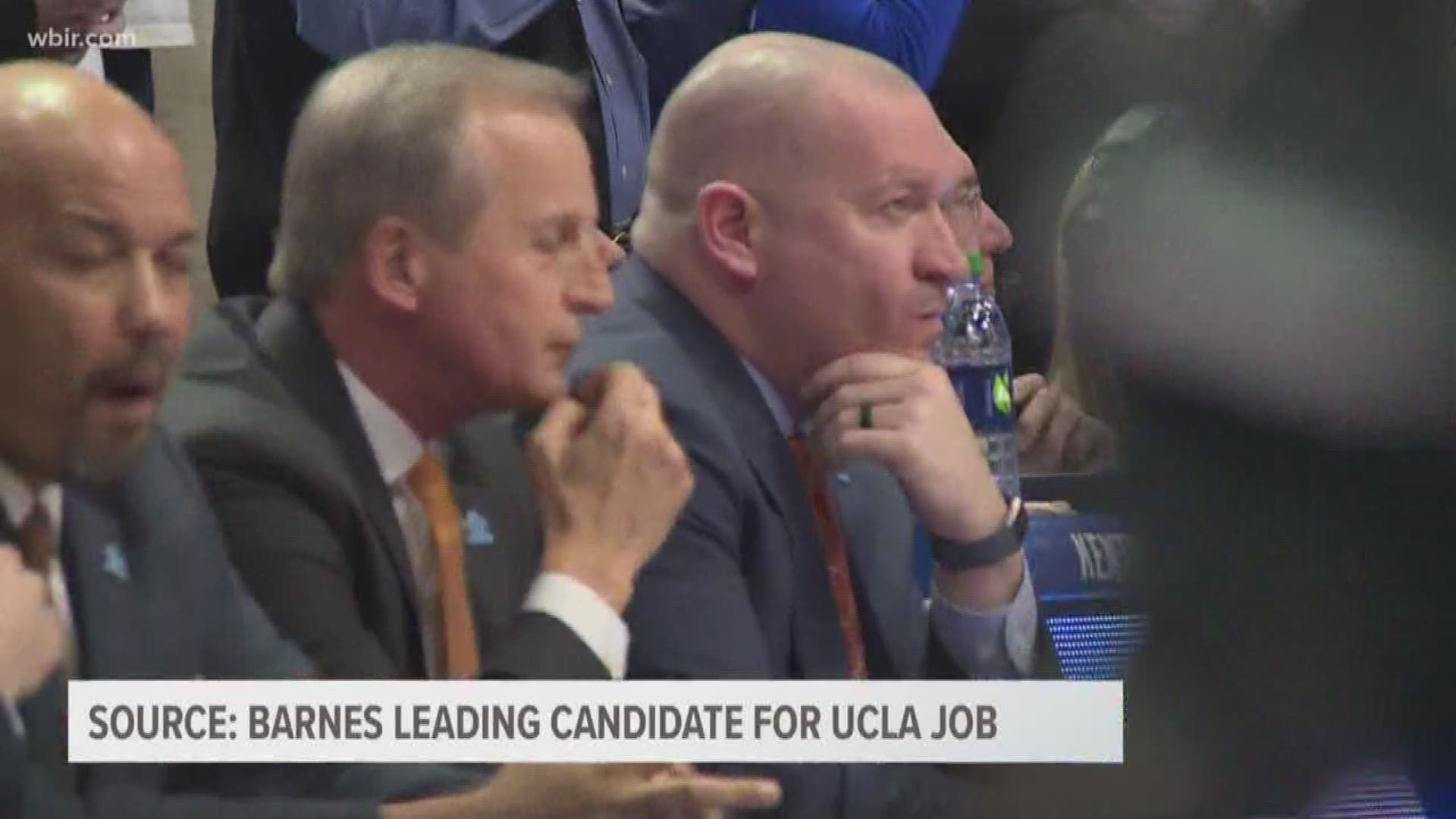 KNOXVILLE, Tenn. — You could hear the collective cry of "NOOOOOOOOOOOO!" when news broke Sunday night that Tennessee basketball coach Rick Barnes was the leading candidate for the coaching job at UCLA.

The news broke just hours after Barnes was named the Naismith Coach of the Year, a big honor after an historic year of Tennessee basketball. Barnes led the Vols to a historic 19-game winning streak and kept his team in the top 10 of the AP poll for the entire season including a number one ranking for four straight weeks. The team finished 31-6 and narrowly missed a trip to the Elite 8.

RELATED: Here's a look back at all the times these Vols captured our hearts this

Even more, many fans love the way Barnes has emphasized faith in his leadership of a very special group of young men.

The reaction was immediate when WBIR posted the news on our Facebook page:

Louann Taylor pleaded with "Mr Rick... you have worked too hard to leave now. Next yr you could be Number One team. Money is not everything."

Joshua Ray appealed to the university with  "Pay the man.. he has done more for this basketball program than any other coach has."

PHOTOS: Rick Barnes at the University of Tennessee

Athletic Director Phillip Fulmer, who is also looking for a women's basketball coach after letting Holly Warlick go, was meeting with Barnes late Sunday night to talk about his future at UT.

Barnes signed a contract extension with Tennessee last fall, giving him an annual salary of $3.25 million, the second-highest in the SEC, behind Kentucky's John Calipari. Under that extension, Barnes' buyout at Tennessee is $5 million.

The reaction was much the same on Twitter, with a lot of humor thrown in from fans, as usual:

There's no doubt Coach Barnes has made a big impact on Rocky Top. We hope he stays, too.