Priest began his career with the Vol Network in 1993 filling in a game for his predecessor – long time Tennessee color analyst Bill Anderson. 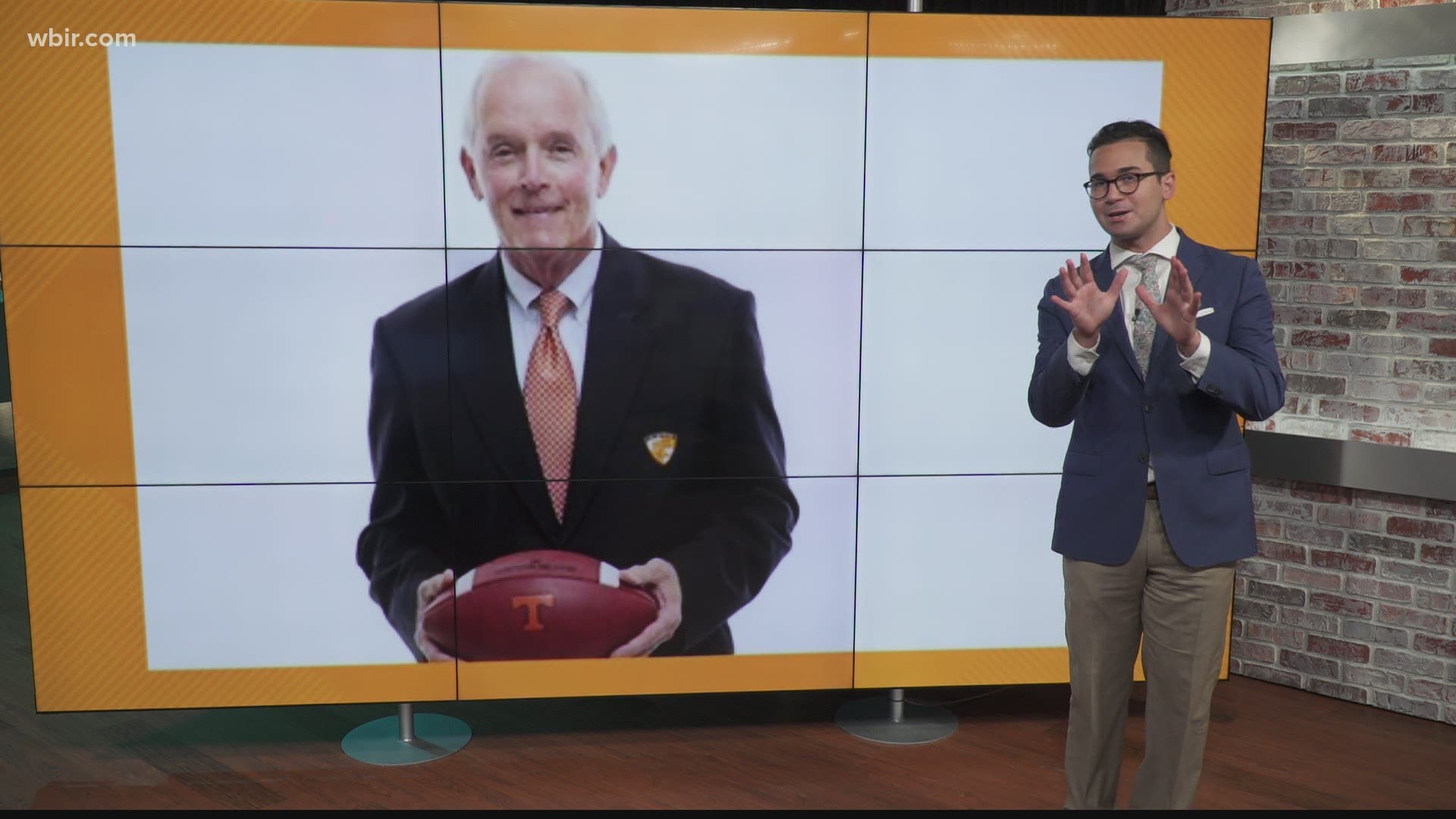 "For the last 22 years, I have had the privilege and honor of being a part of the team bringing the radio broadcast of Tennessee football to the Vol Nation," Priest said. "I have had the privilege of working alongside the SEC's best play by play broadcaster, Bob Kesling and the folks at the Vol Network who are the very best in the college sports network business. While my fall weekends' attention has been Tennessee football going back to 1967, Betsy and I have four grandchildren who are plus athletes participating in various sports year around, including fall weekends. I wish to support Kate, Annie, Tommy, and Laura Leigh in their athletic endeavors, including on some fall weekends."

Priest began his career with the Vol Network in 1993 filling in a game for his predecessor – long time Tennessee color analyst Bill Anderson. When John Ward and Anderson retired following the 1998 season, the torch was passed to Kesling and Priest. His retirement marks the conclusion of a 46-year part-time radio career involving University of Tennessee football. Prior to the Vol Network he was an original member of the popular "Football Finals" radio program that originated on Knoxville's WIVK radio station along with VFLs Bobby Scott and Joe Thompson.

"Finally, I am most appreciative to the University of Tennessee and the Vol Network for allowing me to be a part of the radio broadcast team going back to 1999. I look forward to supporting my alma mater and to watching the resurgence of Tennessee football under the direction of Josh Heupel and his staff."

A standout UT defensive back from 1968-70, Priest was named All-SEC in 1970 and is still the Vols' career interceptions leader with 18. He had a school-record (tie) three interceptions versus Alabama in 1970. An Academic All-American, he was a starter on the Vols' 1969 SEC Championship squad and captain of the fourth-ranked, 11-1 1970 team. He is a member of the Greater Knoxville Sports Hall of Fame and the Tennessee Sports Hall of Fame.

"I have known Tim since 1972 when he was a graduate assistant coach on the Tennessee freshman team and I was a walk-on fullback. I was thrilled when he agreed to do the games back in 1999," said Bob Kesling, UT's Director of Broadcasting. Tim brought a great perspective to the game with the passion of a player and the insight of a coach. Nobody ever wanted Tennessee to win more than Tim, yet he was able to break down the game and explain why the Vols won or lost as well as anybody in broadcasting. He taught me a lot about the game over the years."

Priest's designated backup and pre-game teammate the last few years, former Vol and NFL quarterback Pat Ryan has been tabbed as the new color analyst for Tennessee football games on the Vol Network for the 2021 season. Ryan has extensive radio and television experience in the state. Over the last six years he has served as a key member of the Vol Network's popular pre-game "Kickoff Call-In Show" crew. For the last 11 years he has been a part of the Vol Network's statewide weekly "Big Orange Hotline" radio show during football season.

"I'm excited and honored to be following in the footsteps of former Vols Bob Foxx, Bill Anderson and Tim Priest in the color analyst role on the Vol Network," Ryan said. "We look forward to having a lot of fun in the radio booth calling Tennessee football games."

Ryan was the popular radio color analyst for the NFL's Tennessee Titans broadcasts for six seasons (1999-2004) which included calling Super Bowl XXXIV. The Oklahoma City, Oklahoma, native played at Tennessee from 1974-77. A backup to the legendary Condredge Holloway as a sophomore, he was tabbed the Vols' strongarmed starter prior to the 1975 season but suffered a broken collarbone in the final scrimmage prior to the season opener and was lost for the season. Drafted in 1978, Ryan went on to a 13-year NFL career with the New York Jets and the Philadelphia Eagles. He played 141 games for the Jets, leading the team in passing in 1984 and guiding them to a playoff win in 1986. Writer Jeff Pearlman in a 2010 Sports Illustrated article suggested that Ryan "is the best backup quarterback to ever play the game."

"Pat is the perfect choice to replace Tim," Kesling said. "He knows the game and will bring great insight to the Vol Network broadcasts. Pat and I have worked together for many years. He brings a great love of Tennessee and a very impressive playing and broadcasting resume with him. He has a personality that so many of our fans enjoy."