University of Tennessee sells out for home game against Alabama 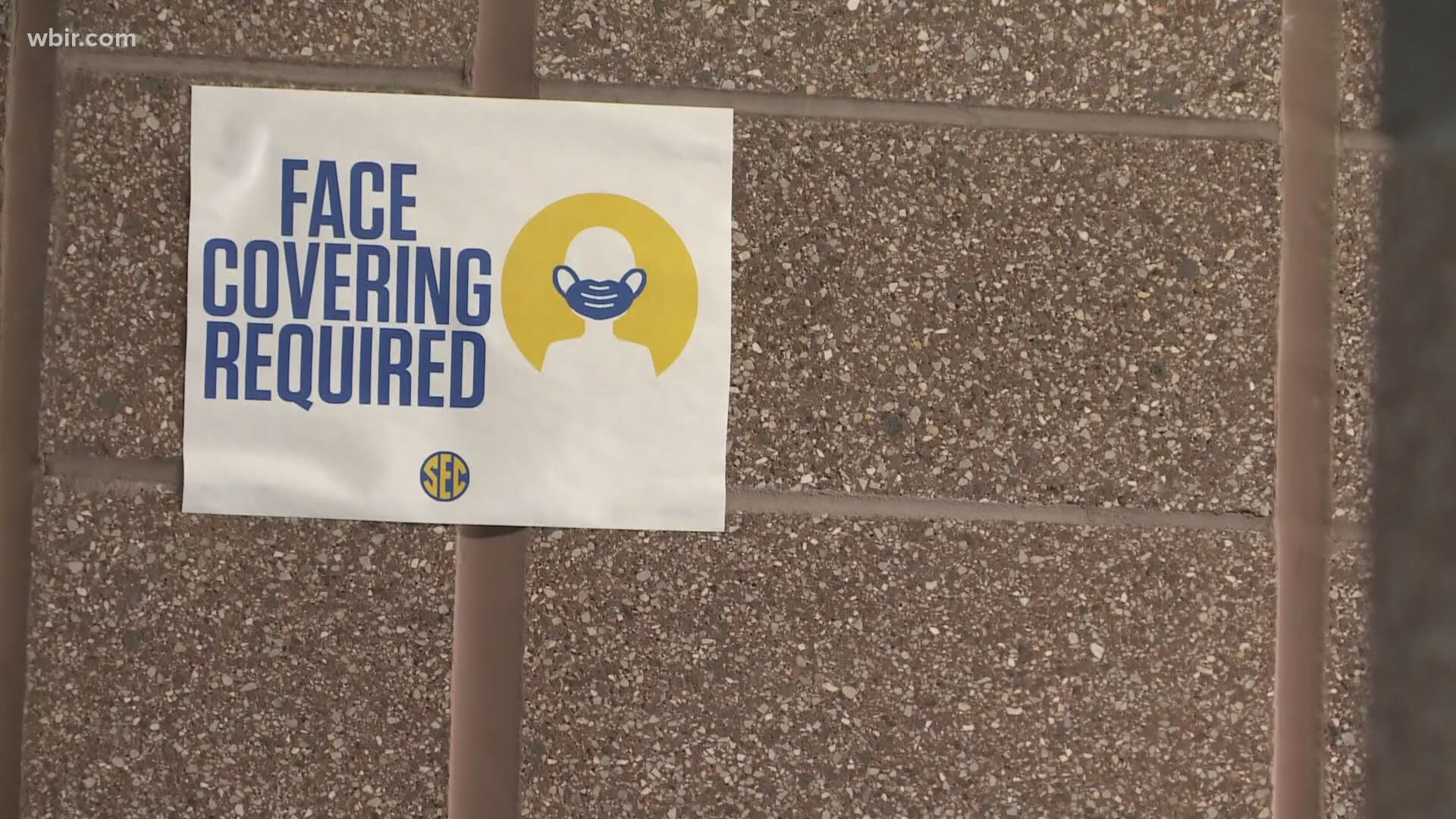 Neyland Stadium is operating at a reduced capacity, due to the COVID-19 pandemic. Only 25 percent of fans will be allowed in. Fans who watch the game in-person will need to wear masks as they enter, exit and move around the stadium.

After the national anthem on Saturday, a KC-135 Stratotanker from the 134th Air Refueling Wing, a Tennessee Air National Guard unit based at McGhee Tyson Airport, will conduct a flyover of the stadium, according to a release from UT.

However, the Vol Walk and the Pride of the Southland Band march will not take place. There will be activities for fans at the Toyota Volunteer Village, according to officials.

There will also be a limited number of boat mooring spaces available at the Volunteer Landing and Vol Navy docks. Shuttles will not be available. University-sponsored tailgates will also not take place.

Restrooms will not be open to the public at Neyland Stadium, officials said. Kickoff is scheduled for 3:30 p.m. on Saturday, and the gates will open to Neyland Stadium at 1:30 p.m.