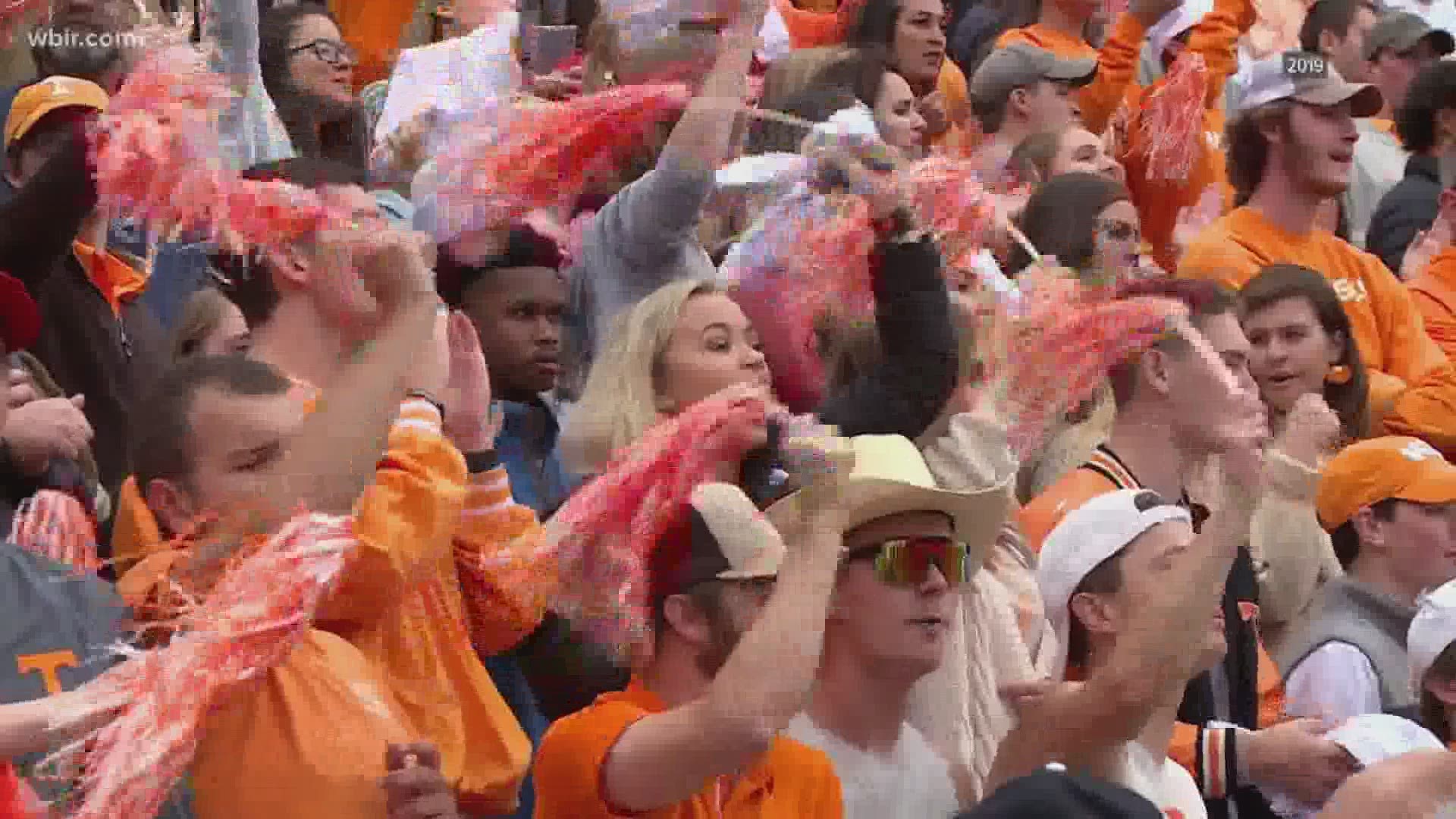 Neyland Stadium will be at 25 percent capacity this fall because of the COVID-19 pandemic. Tom Satkowiak, UT Associate Athletic Director for Communications, said that means 22,000 to 24,000 fans allowed in the stands.

Tickets were offered first to students and season ticket holders.

There will be approximately 2,700 student tickets for each game, allowing for physical distancing in the student sections.

Satkowiak said in a normal year, 10,800 student tickets are made available each year.

UT had sold close to 56,000 season tickets before they announced the stadium would only be filled at 25% capacity. More than half of those people opted out of their tickets this season because of the pandemic.

"Demand is most definitely down, as a significant amount of ticket holders have opted this season out due to the pandemic. That’s something schools all across the country are experiencing," according to Satkowiak.

Satkowiak said 29,000 season tickets were canceled or deferred to 2021.

Some of those tickets belong to the Dickson family, who's had season tickets in the same section of Neyland Stadium for over 70 years.

They said it was a tough decision they took a long time to mull over.

"We have no problem with waiting out a year if that's what the university needs but we'll definitely be back next year," said Trey Dickson.

UT announced Friday a "very limited" number of Tennessee football single-game tickets to go on sale to the general public.

"The NCAA’s recent decision to extend the recruiting dead period opened up hundreds of tickets per game that we had been holding for recruiting visits," Satkowiak told 10News.

You can buy them online or by calling the ticket office at 1-800-332-VOLS. You can only buy four tickets in a single transaction.

UPDATE: The Alabama game is sold out.

UT had fewer than 300 tickets remaining for the Alabama game and those sold out soon after they went on sale. There are fewer than 600 left for the Florida game.