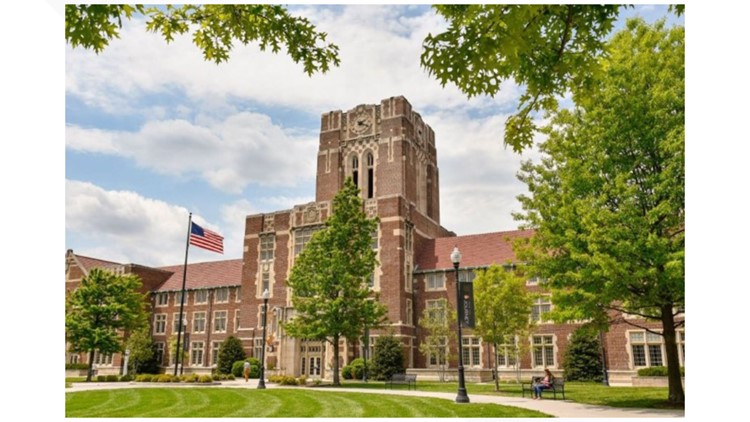 UTK places 44th in 2020 US News and World Reporting ranking

KNOXVILLE, Tenn. — The University of Tennessee lands in 44th place among all public universities and 104th nationally, according to the 2020 U.S. News and World Report undergraduate released Monday.

“This increase shows that the resources we have been investing in our student success efforts are paying off," Provost David Manderscheid said.

The university's peer assessment score also increased, moving from 3.2 out of 5 last year to 3.3 this academic year.

Dean Janis Terpenny took over leadership of the college in July, and a new $129 million engineering building under construction is scheduled to open in late 2021.

“Our ranking as a top-40 public college highlights our growth in enrollment, faculty, research, and facilities in recent years,” said Terpenny. “I’m excited about the opportunities ahead to build on our reputation for conducting groundbreaking research and graduating the next generation of engineering leaders and innovators.”

The university was also named a top 50 public university for military veterans.

The rankings released Monday are based on data gathered in Spring 2019 on a variety of metrics, including student retention and graduation rates, Pell Grant recipient graduation rates, peer assessments, faculty resources, and alumni giving.