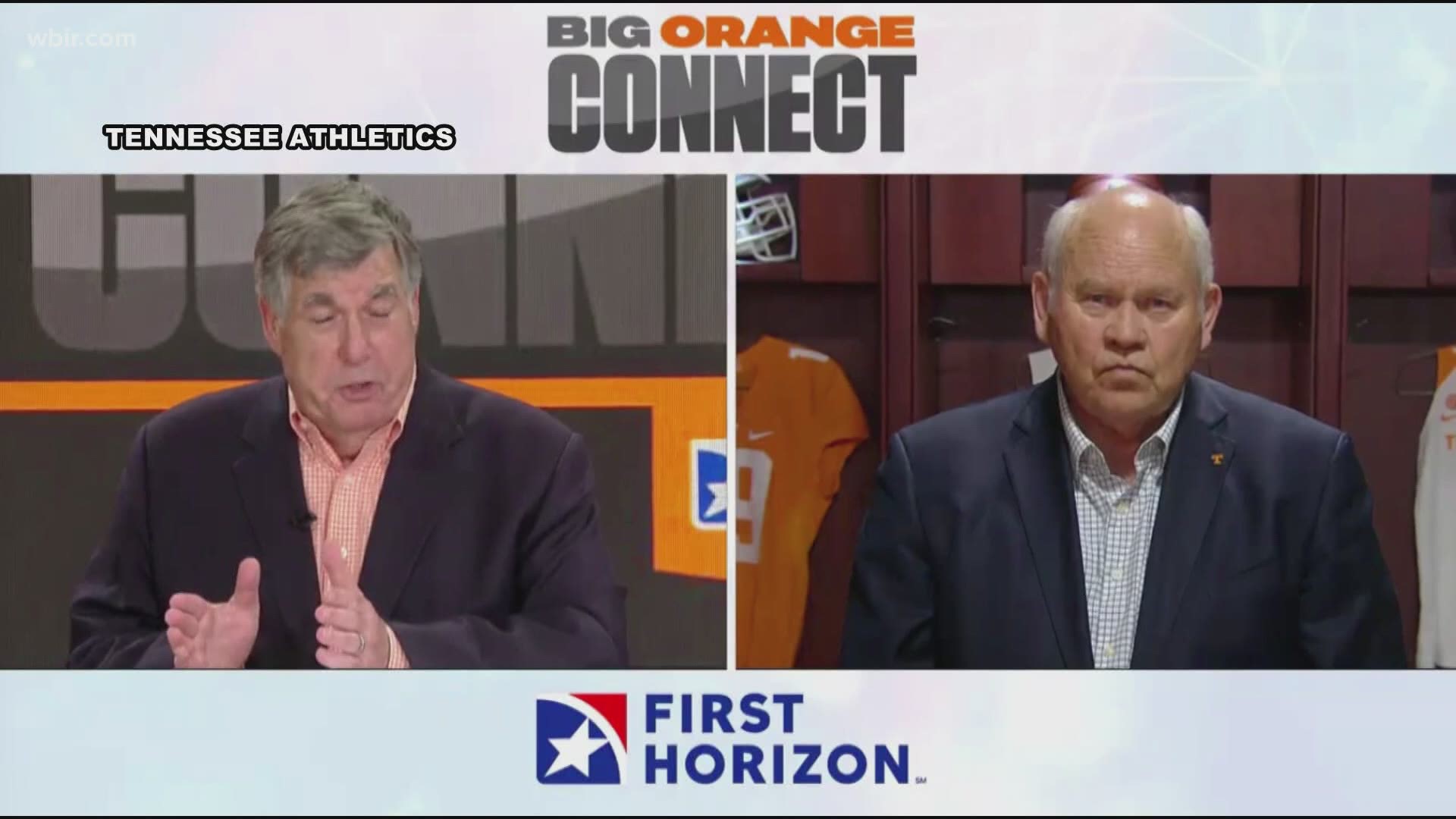 They took time to address important issues and the direction of their programs.

UT strives to connect with fans, even though it now looks a little different. The first virtual event of its kind was hosted by Bob Kesling.

Fulmer and head coaches Jeremy Pruitt, Rick Barnes and Kellie Harper shared their thoughts about recent events in the country.

"It's time for change and time to stand up," said Fulmer.

"We've got to use our platform at Tennessee," said Pruitt.

"I would like to see our nation love each other," said Barnes.

"I want to encourage everyone to listen. I think that's been my best piece of advice," said Harper.

After being asked about the return to Neyland Stadium, Fulmer said, "I'd be telling you a lie if I said I knew what was happening in the stadium in the fall, it's more positive than it was."

The coaches provided updates on players, recruiting and their plans as they return to campus.

"We've got a plan to be proactive," said Fulmer.

All are positive and hopeful for what's to come this season.

"I don't think we're in a better plan than we've ever been," said Barnes.

Fulmer said decisions for fall athletics will be based on the safety of players, coaches and fans.

RELATED: UT's fall semester will be shorter but with fewer breaks