The former Tennessee Titan and Vol For Life announced his kidneys have failed after years of battling kidney disease, and now said he's in dire need of a donor. 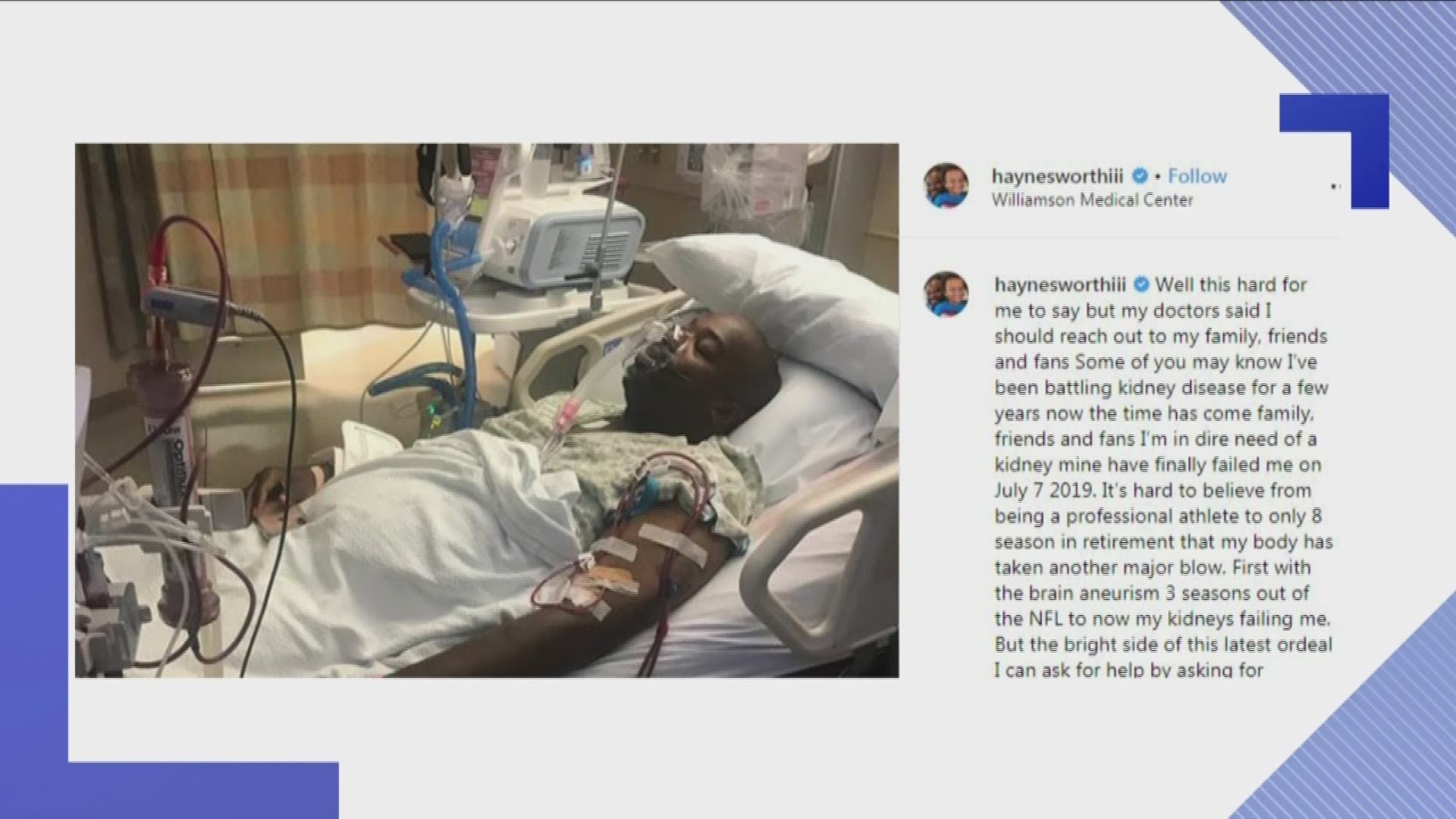 Former Tennessee Titan star and Vol defensive tackle Albert Haynesworth made a plea to his fans Wednesday night -- one he hopes will be heard in order to save his life.

The 38-year-old VFL said his kidneys have failed after years of battling with kidney disease, and now he is reaching out to anyone in hopes of finding a live donor.

"It’s hard to believe from being a professional athlete to only 8 season in retirement that my body has taken another major blow. First with the brain aneurysm 3 seasons out of the NFL to now my kidneys failing me. But the bright side of this latest ordeal I can ask for help by asking for someone to generously donate a kidney," he wrote on his Instagram page.

Anyone that's interested in being a donor can call Vanderbilt University Medical Center to schedule a donor screening at (615) 936-0695.

Haynesworth played for the University of Tennessee from 1999 to 2001 and was a first-round pick of the Tennessee Titans-- where he earned the reputation of being one of the most dominant defensive tackles in the league.

►READ MORE: Albert Haynesworth opens up in letter to himself