Vols past and present have a special connection on the basketball team. 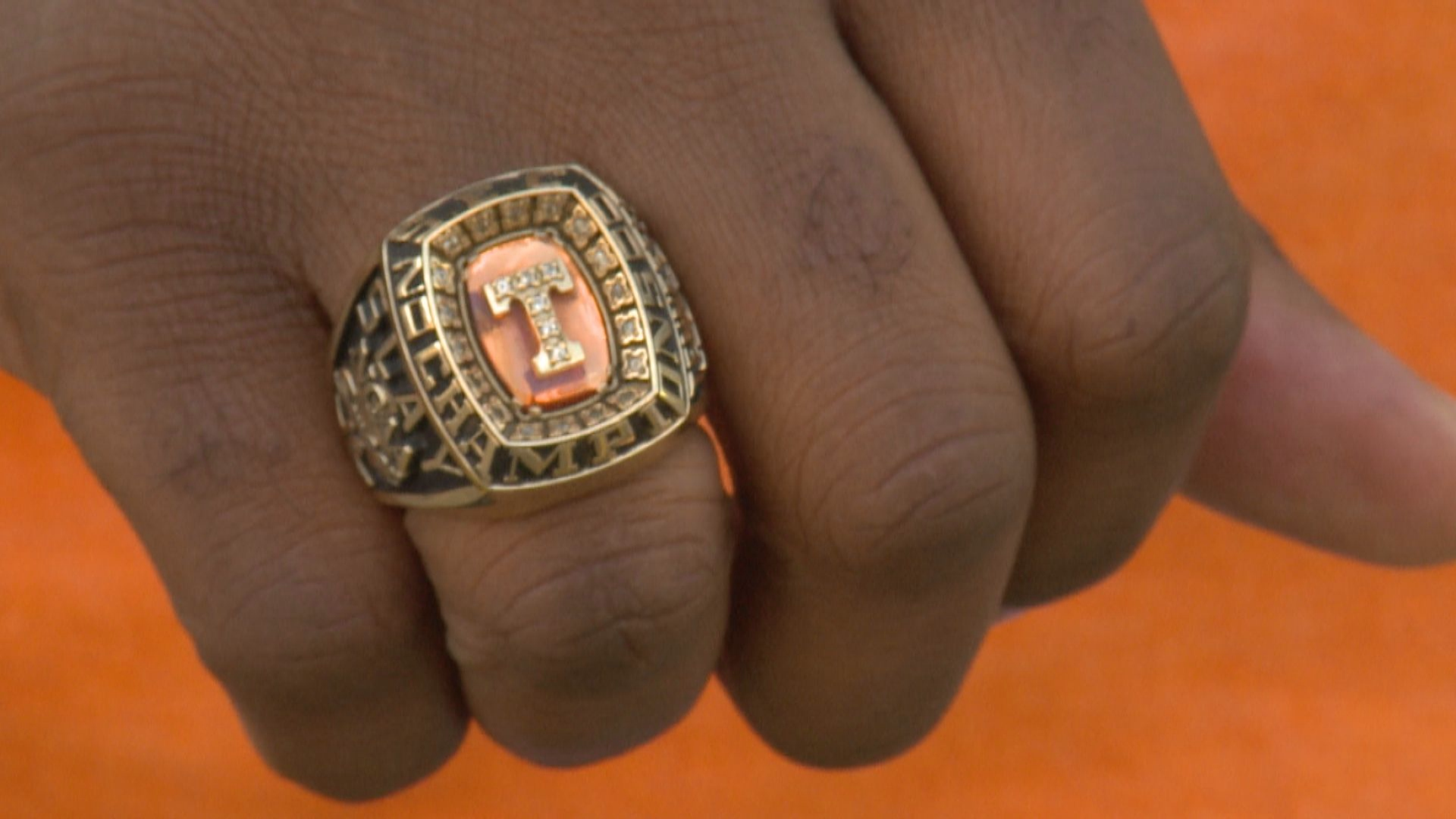 COLUMBUS, Ohio — Ron Slay stands outside of Bridgestone Arena wearing a SEC title ring on his right hand and the word 'Tennessee' over his chest. It just made sense to watch the Vols play in the SEC Tournament. He lives in the area and has a great relationship with this current group of players.

This Tennessee team has always been aware of its place in history. Vol greats like Allan Houston and Tony White have a connection with those wearing the Orange and White today. A former SEC Player of the Year for UT, Slay can't help but offer his respect.

"Losing to Loyola-Chicago last year put a lot of spunk into them to get things done," said Slay. "They felt like they left the fans empty, left themselves empty."

RELATED: The top 10 most relatable reactions to the Vols SEC title game loss

An emotional scorer himself back in the early 2000s, Slay always has an eye on Tennessee's emotional leader Admiral Schofield.

"His emotion, wearing it on his sleeve. You can see when he tried to scale it back, he went into a little bit of a slump."

RELATED: 'The Admiral': Admiral Schofield highlights his career at UT with The Players' Tribune

Schofield seems to be breaking out of that slump at just the right time, after scoring 20+ points against Mississippi State and Kentucky in the SEC Tournament, wearing that trademark emotion on his sleeve the entire time.

RELATED: Grant Williams named as SEC Player of the Year for second year in a row

"Easily you can get the big head, like back to back SEC Player of the year? That don't happen much at all in any conference!" Slay said, his eyes widening. "That's big time, I'm glad he's on our side."

But as has so often been the case with this group of Vols, the work on the court leaves an impression, but the character of it creates a legacy. Slay shared a moment with the players after the team's 71-52 win against Kentucky in Thompson-Boling Arena.

"We were in the locker room celebrating and Coach Barnes brought everyone in and told everyone to get on a knee," said Slay. "We were all standing around, me Corey Allen, Allan Houston, Jason Witten was in there and Admiral looked up and said, 'hey man, y'all come in here and get on a knee too.'"

As for postseason expectations, Slay sees the Final Four in Tennessee's future.