'There's no reason for you to apologize, you're just doing your best' | Vol fans encourage football players after tough loss

Eric Heaton's Facebook post describing a chance encounter with a Vol at a gas station near campus has been shared more than 18,000 times. 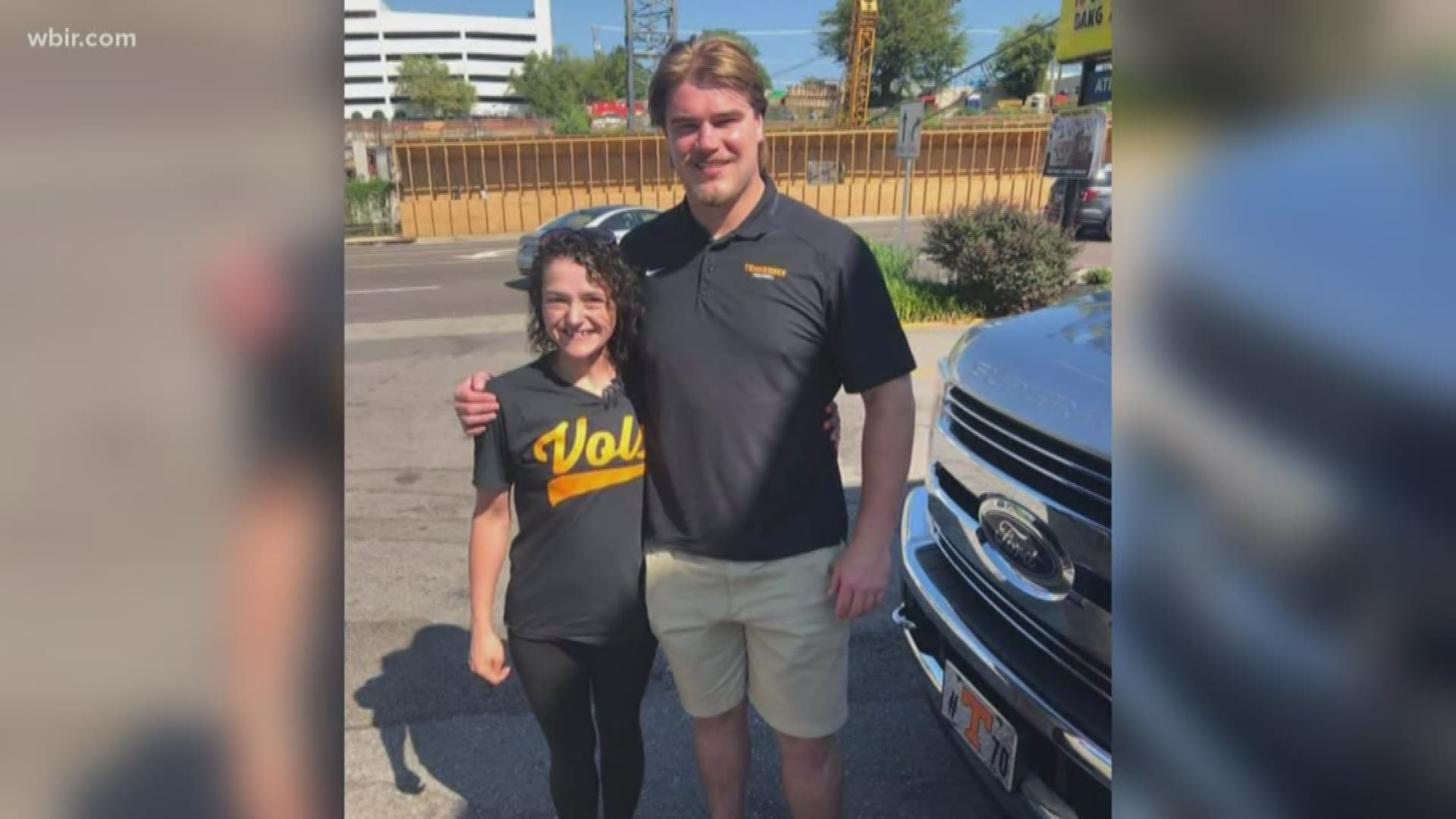 After another tough loss at Neyland, Eric Heaton needed to fill up at a gas station on Cumberland Avenue for the drive home Sunday morning.

He took that opportunity to fill someone else's spirit.

"I saw the sticker on the truck that said, 'My player is number 70,'" Heaton said.

The Vols lost to BYU in double overtime Saturday at Neyland Stadium.

RELATED: The Vols lost in double overtime and you bet everyone and their neighbor sounded off on social media

Heaton took his girlfriend to the game, which was her first.

When Johnson heard that, he apologized.

Eric Heaton
Guys, I wanted to share this with you... This morning as my gf and I were leaving Knoxville I stopped at a gas station to get some drinks for the trip home. As I came out I seen a man pumping gas in...

"They're 18 to 22 years old, they still feel that pressure, and you're playing in front of 102,000 people all cheering for you," Heaton said. "That's a lot of pressure, so they don't need that backlash when they get off the field."

It's backlash former Vols player Daniel Hood sometimes faced when he played between 2009 and 2013.

He said players take on the enormous responsibility of playing for a high-profile program some fans live and die by.

"When you reach up there and hit that sign that says, 'I will give my all,' and for the fans to come out to BYU after the Georgia State game, to fill it with 93,000, as a player, I just feel like I didn't hold up my end of the deal, and you've got to do better. And they will."

Despite the loss, Heaton said his time with Johnson is a moment that will fuel him and his girlfriend through the season.

"There might be a little bit of fan crush there," he said, laughing. "I enjoyed seeing it make her that happy, that was awesome."

Hood said the coaches do a good job of teaching players to take the pressure and roll with it.

They said to focus on yourself, and you'll get better.