It's the slogan the No. 1 Tennessee Vols basketball team lives and plays by, and now you can purchase the gear. 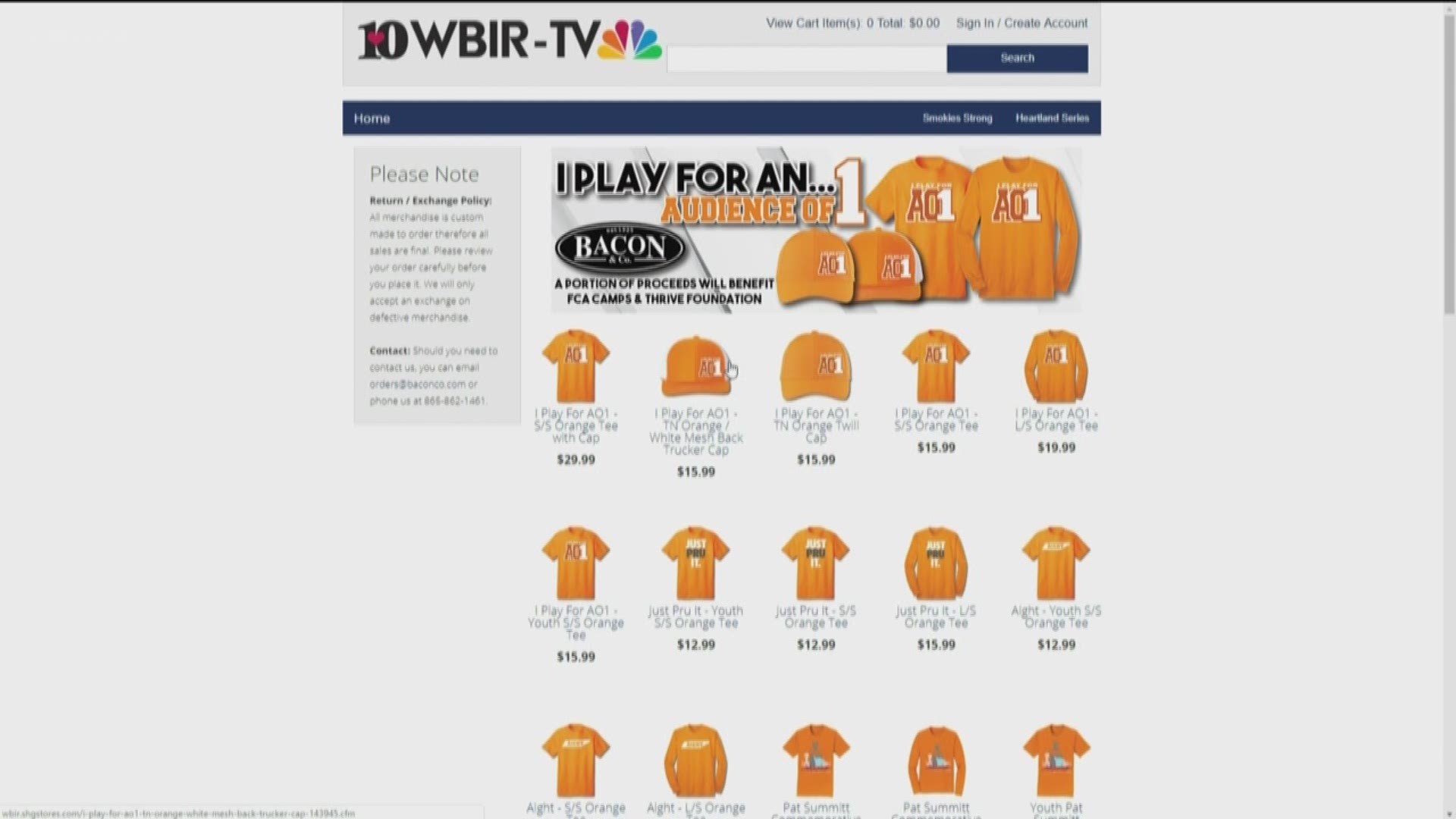 KNOXVILLE, Tenn. — The Tennessee men's basketball team is the top ranked team in the country and is one of the favorites to win it all.

But for them, it's not all about winning, or the fame that comes with it. This team is more focused on faith and their relationship with God.

They say they play for an Audience of One. That comes from one of their pre-game talks, where they were told to imagine Thompson-Boling Arena empty except for one seat, and that seat is filled by God. They play for Him.

Players have tattooed the slogan on their bodies or write it on their wrists or clothing before games.

Credit: FCA
Some Tennessee basketball players have a tattoo reading "Audience of One." It signifies that they are playing and living above all for Jesus Christ.

Now, they can wear it, and so can you.

Bacon and Company has created merchandise that reads, "I Play for an AO1." There are a variety of t-shirts and hats available, ranging in price from $15.99 to $29.99, and a portion of the proceeds will go to local non-profits selected by Coach Rick Barnes:

Jed Dance, president of Bacon and Company, says all of the retail proceeds from the WBIR store will go to the non-profits.