Saturday's game against BYU was the first football game for fans to purchase alcohol inside the stadium. 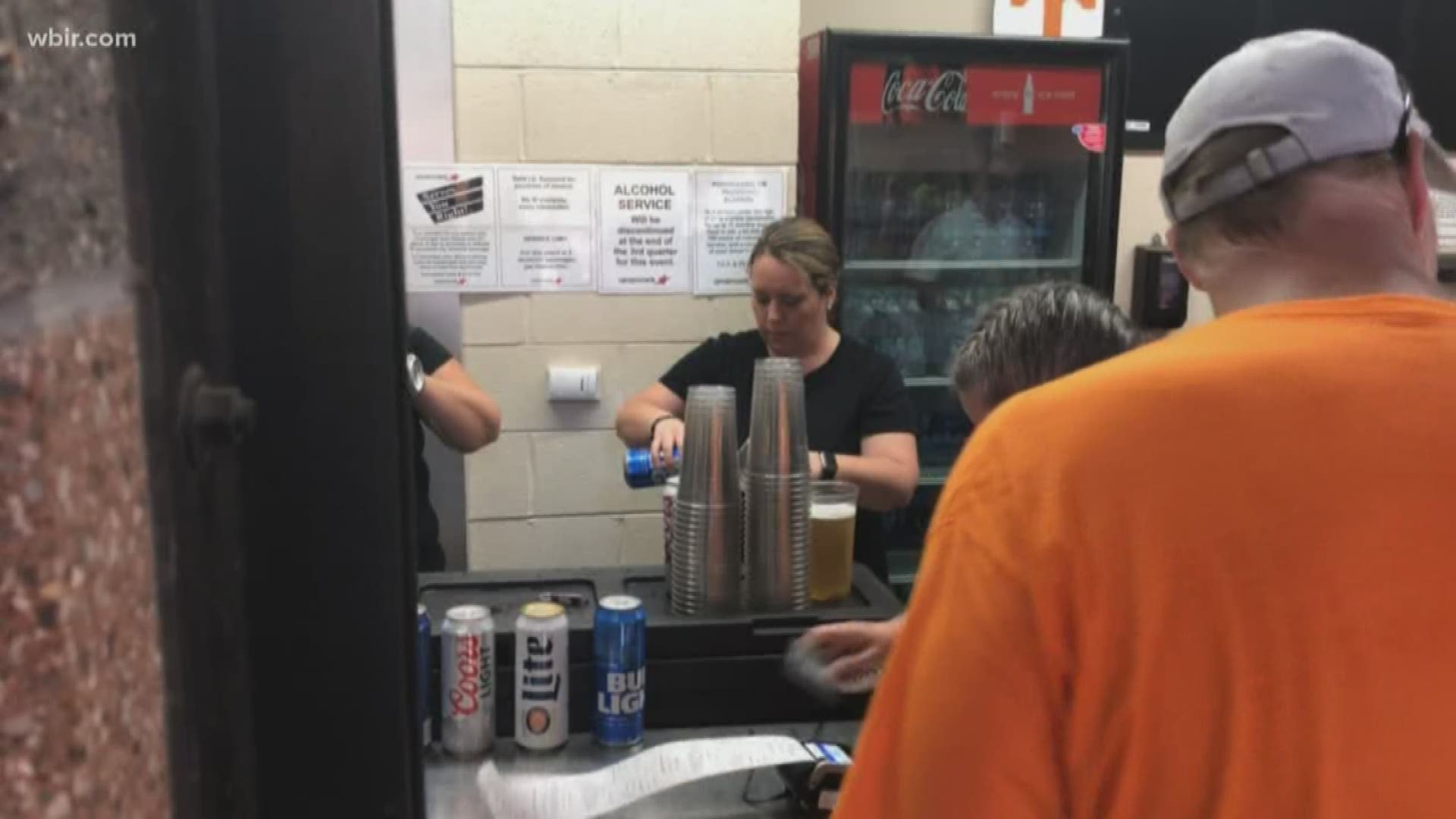 KNOXVILLE, Tenn. — John Farquharson excitedly pointed to the beer kiosks as he walked up the ramp into Neyland Stadium.

Five decades after his first football game in Knoxville, the University of Tennessee was finally selling beer.

"In 1969, I came here as a kid and couldn't have beer then," Farquharson said. "Several times though I've come here and maybe snuck in a beer or two."

But Saturday, that wasn't necessary. For $12 or $13, he was able to purchase the beer or hard seltzer of his choosing.

"I’m very excited," he said. "It's great and revenue for the university."

While some fans gawked at the high price tag, others said they were appreciative of how much additional income the university could bring in at each game.

Credit: Grace King
All alcoholic beverages were poured into clear cups before being served to the fans.

Alcohol compliance officers were on site to ensure everyone from the fans to the employees were following the rules. Tennessee alumnus Scott Ridgway said he thought the sales were going smoothly.

Kendall Charles said he hoped the stadium is able to offer more options in the future.

"Right now there's a lot of major beers," he said. "But I’m excited for the Knoxville beer scene to see how many beers we can get in here that are local."

Credit: Grace King
Tennessee fans wait in line to purchase beer and/or hard seltzer at the game versus BYU.

Still, he said he was thankful to have any options at all.

"The first game wasn't great," Charles said. "The second game might be a little better with alcohol."