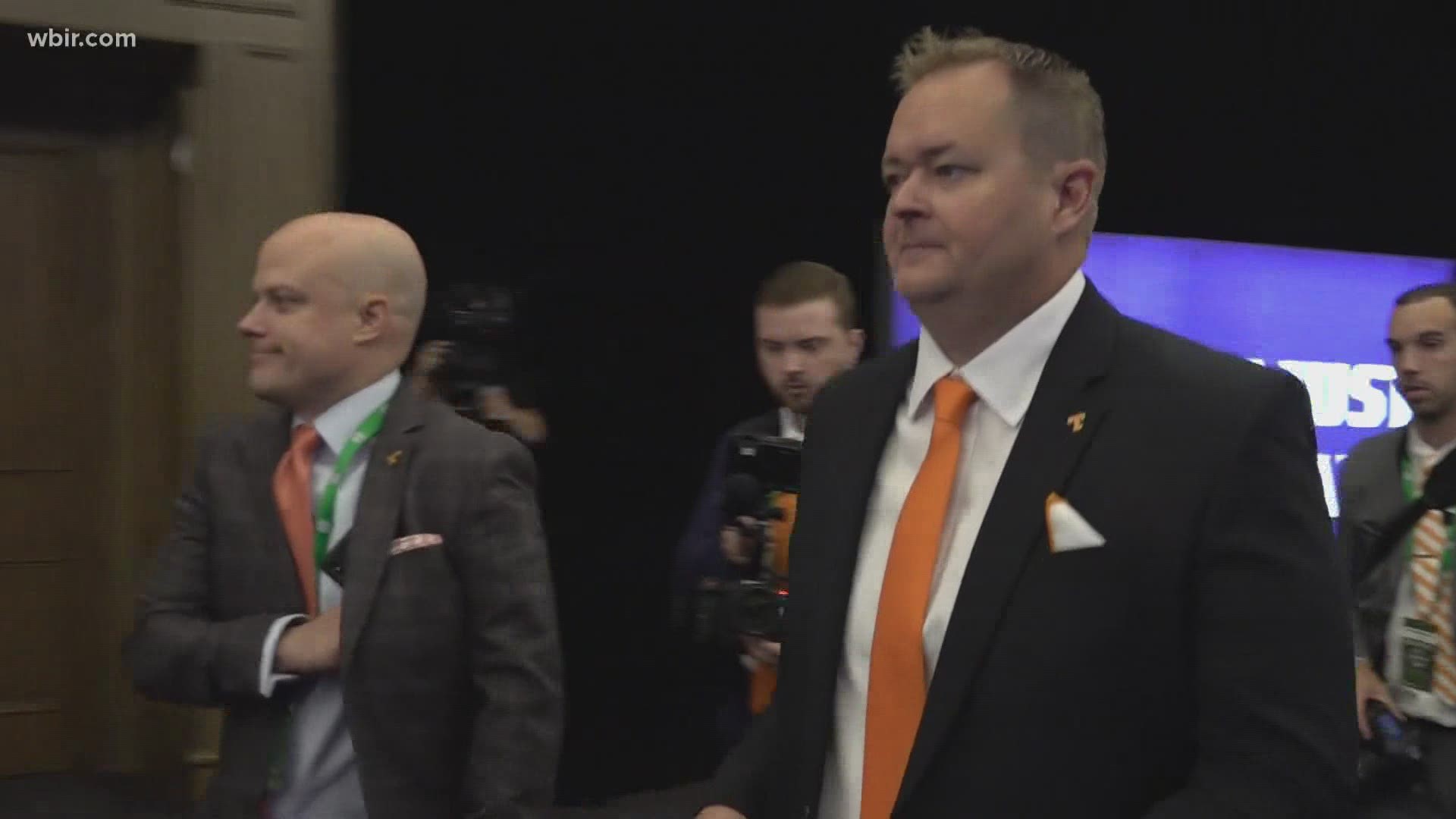 Heupel was hired by Tennessee in January and has spent the spring season and summer workouts developing relationships with his players and staff.

However, since the offseason started, the Vols have had twenty-six players enter the transfer portal. Heupel says it's important for his players and staff to know they are valued and wanted at the University of Tennessee.

RELATED: Vols in East Tennessee welcome Coach Heupel with billboard and messages on The Rock

"The first priority when I and our staff got to Tennessee was about relationships, and it still is today," Heupel said at SEC Media Days.

"That will be the foundation of everything that we do inside of our program, but that came through a conversation with our players. The first night I got hired, I had about an hour and a half meeting with them, and one of the things that I realized that they recognized that they wanted, that they wanted and needed, was connection."

As expected, Heupel did not mention who is the front-runner at quarterback at this point in the preseason. Heupel, along with offensive coordinator Alex Golesh have said they might not name a starter until heading into week one.

Tennessee opens up the 2021-2022 season in primetime fashion against Bowling Green on Thursday, September 2.