Officials said that Mays and Whitehead played key roles in UT's record-setting offensive performance during the Vols' game against Missouri.

KNOXVILLE, Tenn. — Tennessee Football had a pair of players earn SEC weekly honors on Monday, according to Tennessee Athletics.

Officials said that Mays and Whitehead played key roles in UT's record-setting offensive performance during the Vols' 62-24 rout of Missouri on Saturday afternoon in Columbia.

With their help, Tennessee finished with 683 total yards and 458 yards on the ground, representing the most rushing yards in a road game in school history and the most overall since rushing for 513 yards against Washington & Lee on November 10, 1951, Tennessee Athletics said.

Officials said that the Vols' 683 yards of total offense were their most since racking up 684 yards at Texas A&M on October 8, 2016

Tennessee returns to Neyland Stadium for its SEC home opener against South Carolina Saturday at 12 p.m. on ESPN2. 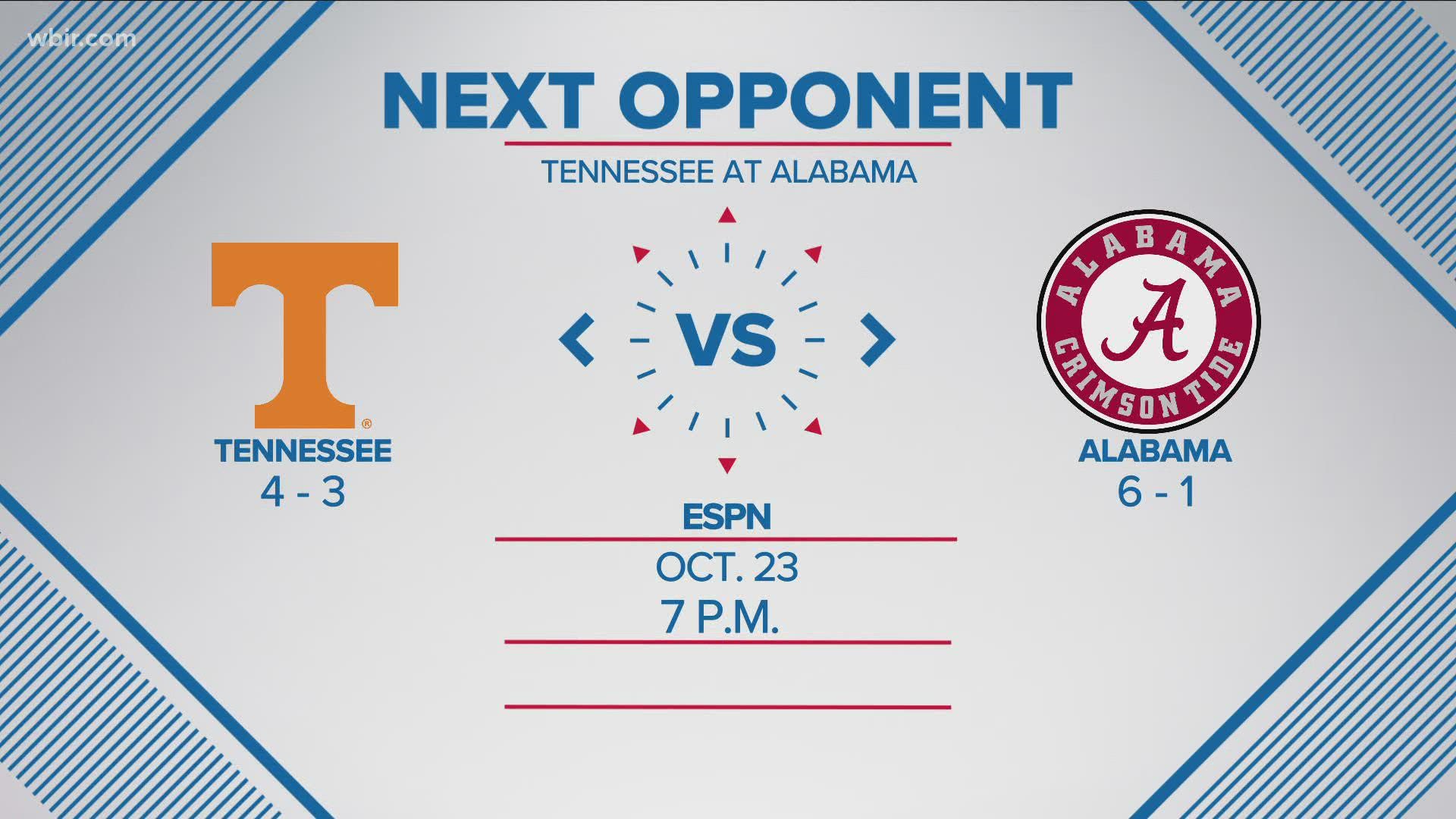