Many fans said it was their first time in Neyland Stadium since the COVID-19 pandemic began. They were excited to see football in person. 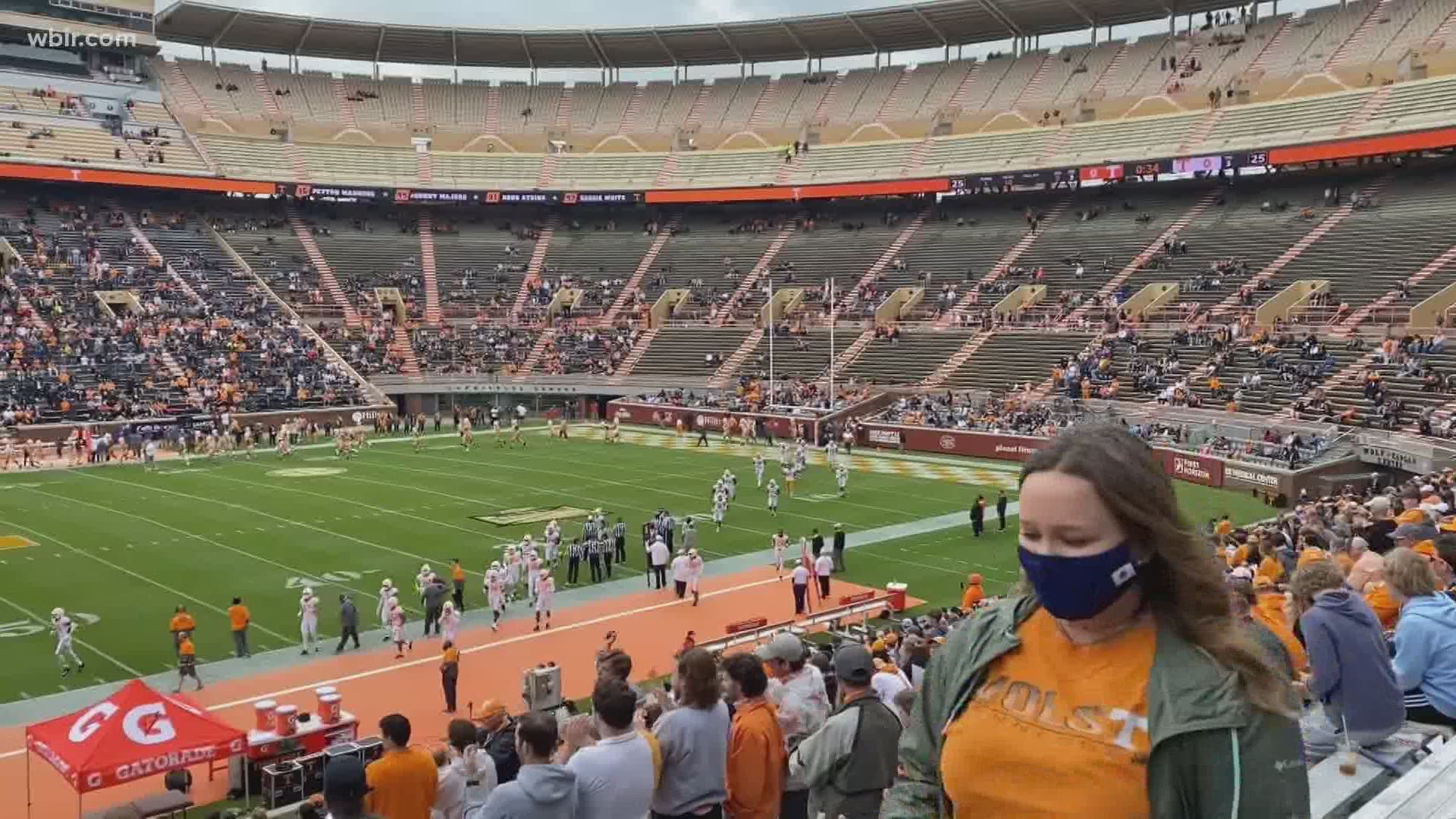 KNOXVILLE, Tenn. — For the first time in months, Neyland Stadium was filled with sounds of Rocky Top, thousands of cheering fans and one of Tennessee's favorite pastimes — football.

Austin Stephens and his family drove from Chattanooga for Saturday's Orange and White spring game.

"I'm here to support the Vols," Austin said. "I'm excited to see both the stadium and the players."

Colby Stephens was excited too. Neither of them had been to Neyland Stadium before.

"I've been a Vols fan since the day I was born," Colby said. "I've always had the orange blood in me so I'm excited to see this."

Charlotte Gantt came from Orlando to see her son, Kingston Harris, play in the spring scrimmage. She was thrilled to be able to attend in person.

"Last year I didn't make very many games, if any, because of COVID," Gantt said. "But, I wouldn't miss another one this year."

RELATED: "I didn't want to end it that way" | John Fulkerson on why he's returning to Tennessee

For many fans, it's been a long year without shuffling into crowded stadiums and cheering on their favorite teams.

Shane Hathaway said he missed the experience of attending games in person. He said he drove from Nashville to support his neighbor, Antonio Malone, and the rest of the Vols.

"I'm a very big fan... I just want to see all this orange. I want to see this whole street orange," he said. "I'm waiting on the season. Big expectations for the coach, the players are getting better... it's coming. We're going to be alright."