There were many changes at the home opener for UT, but the one thing that stayed the same was the fan's excitement for football's return to Knoxville. 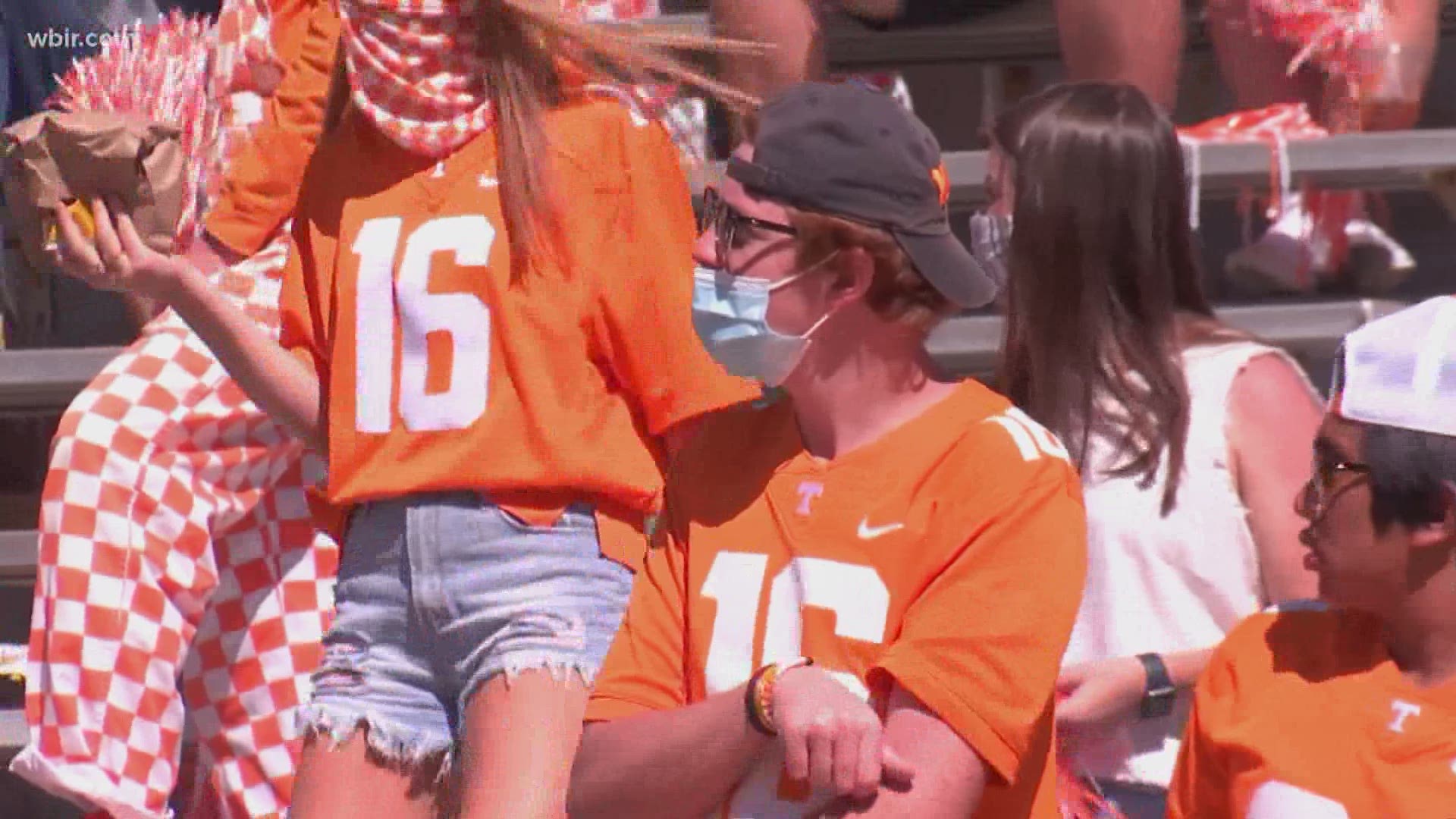 KNOXVILLE, Tenn. — At Tennessee's home opener on Saturday, fans were faced with changes all across the board for gameday. Even though some said the vibe on campus was different, the hype was still there.

The University of Tennessee said about 21,000 people watched the Vols win from inside Neyland Stadium during the first home game against Mizzou on October 3. That's less than 20 percent the full capacity of the stadium.

The first game back on Rocky Top this year looked a lot different for Vols fans. They missed traditions and shaking the stadium with screams, but the one thing that stayed the same was the excitement to have football back in Knoxville.

Mark Bowling and his family made sure to snatch their usual tailgating spot early Saturday to watch the Vols play, but it wasn't the same.

"The vibe is really subdued today," Bowling said. "It's still hype, it's just a lot fewer people, you know."

He said that around kickoff, thousands of people would usually be walking down the sidewalk to get into the game. On Saturday, around a couple hundred were stepping past.

RELATED: Need to know: The changes you will see in Neyland Stadium when TN takes on Mizzou

The Bowling family's scaled-back tailgate was only one tent and four people. Usually, they have the whole spread with four or five tents, dozens of people and plenty of food.

Inside the stands, the usual "sea of orange and white" was more like a socially-distanced stream. Families and students had to spread out in assigned seats, leaving plenty of gaps in the bleachers.

"You can socially distance and still have an awesome time and it's definitely better than sitting in your living room," Adam Russell, an alumni and Vol fan said after the game.

It was a different experience for Vols fans used to the usual traditions on game day. There was no running through the 'T,' no Vol Walk, no band on the field and everyone had to wear a mask.

"I missed the alma mater at the end of the game," UT junior Kyle Rukstad said. "Just everybody swaying together is a big tradition, but other than that,  I'm just glad I get to come out and see my Vols play still."

But despite the spaced-out stadium and fans with masks, Rocky Top didn't lose its voice.

"It wasn't as loud as it normally is, obviously," Rukstad said. "But I mean we still had awesome energy. Everybody was going crazy, everybody was losing their minds every time something great happened. It was awesome."

It was a home opener and a win to remember.

"Tennessee football is just what we do," Bowling said.

We don't have word yet on how many citations or how many people may have been ejected from the game for not wearing a mask. UTPD said they would be patrolling inside and outside the stadium ready to enforce the rules.