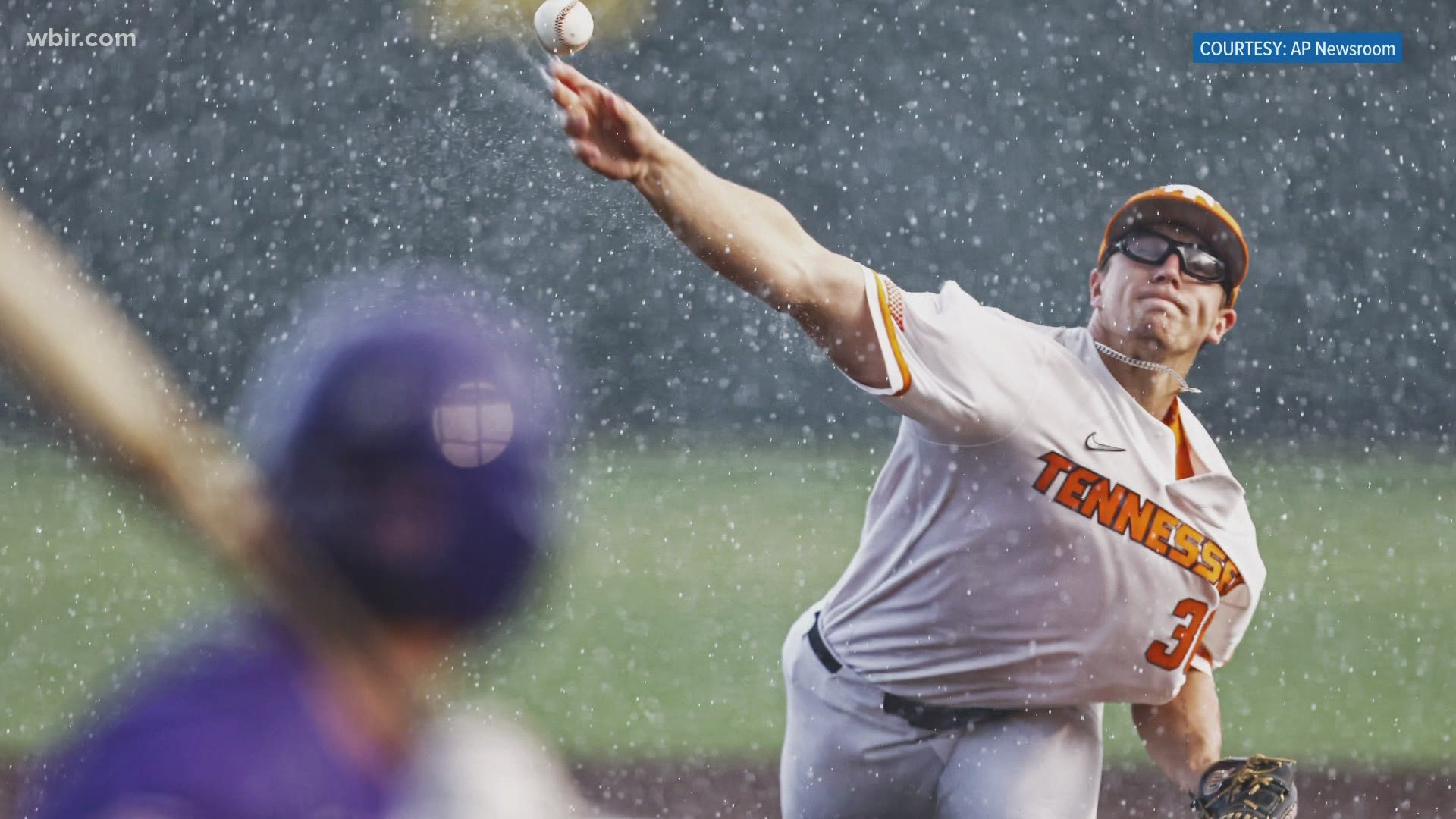 Infielder/outfielder Max Ferguson will be joining the San Diego Padres after being drafted in this year's Major League Baseball Draft at pick 160.

Originally from Florida, Ferguson has played with UT for three seasons and has a storied career, including setting a new career high of two homeruns against No. 1 Arkansas.

In 2021, he was named ABCA/Rawlings Southeast All-Region Second Team and SEC All-Tournament Team.

Fergie to the west coast as he's selected by the @Padres!

The Vols' ace is going to the big leagues. Pitcher Chad Dallas was drafted by the Toronto Blue Jays on Monday. He was the first Vol to be drafted in this year's Major League Baseball Draft at pick 121.

The junior from Texas racked up stats and superlatives in just two seasons at Tennessee, including striking out a career-high 12 batters in the Vols' win against LSU in the super regional.

The Twins selected Jake Rucker in the seventh round at pick 219. The Vols' clutch-hitting third baseman will join former teammate Alerick Soularie in the Twins farm system and is the seventh UT player to be drafted by Minnesota.

The Greenbrier, Tennessee, native had a career year in 2021, starting 67 of UT's 68 games as the team's primarily third baseman while setting several career highs. He was named a third-team All-American by Baseball America and Collegiate Baseball News while also earning first team Southeast All-Region honors from the ABCA and first-team All-SEC recognition in 2021.

Mr. Consistent is headed to the homeland of Drew Gilbert to play for the @Twins!

The Orioles selected Vol catcher Connor Pavolony in the 7th round at pick No. 197. UT's veteran catcher is the first player to be picked by the Orioles since Augie Ojeda in 1996 and just the third Tennessee player overall to be drafted by Baltimore.

The Woodstock, Georgia, native was one of Tennessee's top hitters late in the year, earning a spot on the SEC All-Tournament team and the NCAA Knoxville All-Regional team.

A different shade of orange for our veteran backstop.

The Cubs selected Vol shortstop Liam Spence in the fifth round as pick No.154. If all goes as planned, Spence could be back in East Tennessee in no time, playing for the Smokies in AA.

Spence is originally from Australia, but played college ball at Central Arizona and UT. He's also not the only member of his family to play for the MLB. His brother Josh played as a pitcher for the San Diego Padres for two seasons.

The Aussie is headed to the Windy City!