A huge win over Georgia wasn't enough to move Tennessee ahead of Duke or Michigan. 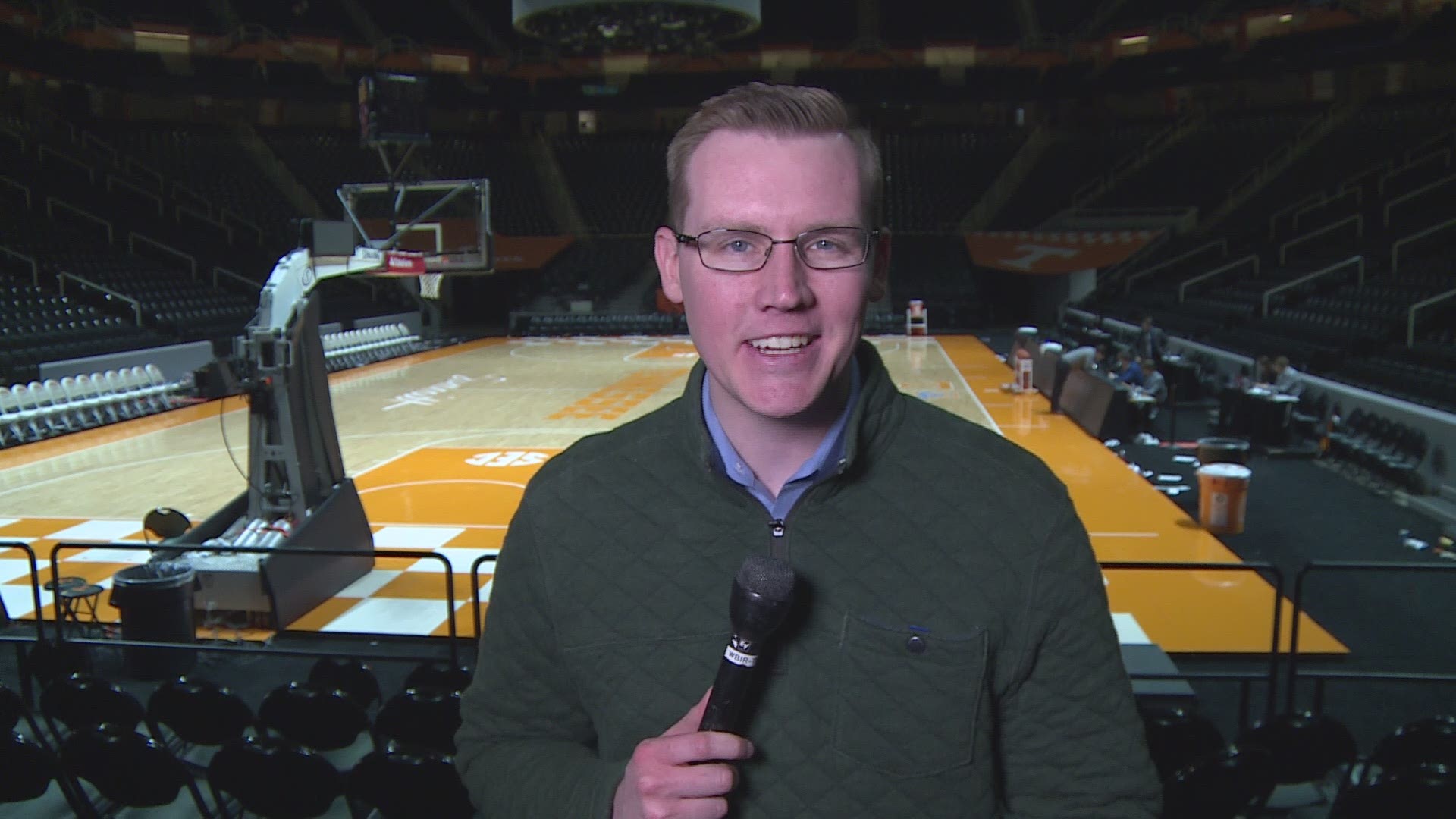 After a huge win to open the SEC season, the Vols remain at No. 3 in the AP Top 25 basketball poll.

Tennessee dominated Georgia on Saturday in a sold-out Thompson Boling Arena for a 96-50 win.

The 46-point margin of victory was its largest in an SEC game since 1966.

Duke and Michigan, who both won this weekend, remain ahead of the Vols.

Virginia and Gonzaga round out the top 5, followed by Michigan State, Kansas, Texas Tech, Virginia Tech, and Nevada.

The Vols next face Mizzou in Columbia on Tuesday. That game will tip off at 7 p.m. on ESPN2.