An exact game time will be announced later, and the game will be televised on either ABC or ESPN. 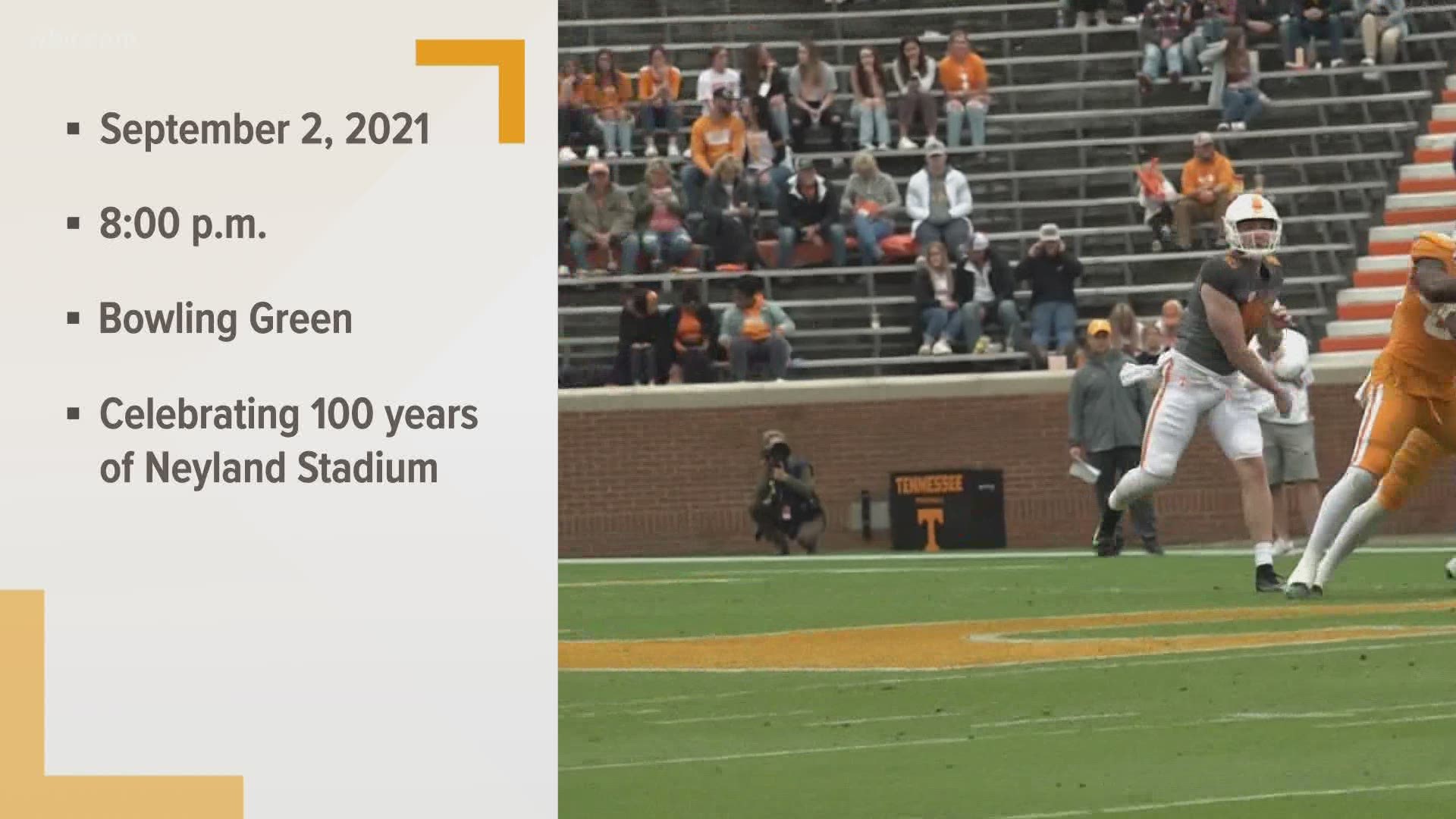 Tennessee will take on Syracuse in the 2025 Chick-fil-A Kickoff Game on August 30 at Mercedes-Benz Stadium in Atlanta.

It will be the first meeting between the Vols and the Orange in 24 years. The Vols lead the series 3-0, including a game many Vol fans will remember--- a thrilling 34-33 Tennessee win during the Volunteers’ 1998 National Championship run.

“Syracuse and Tennessee have a history of playing thrilling contests when the two programs meet and we expect that to be the case again with their game to open the 2025 season here in Atlanta,” said Bob Somers, Peach Bowl, Inc. chairman. “Mercedes-Benz Stadium will be a raging sea of orange when these two programs clash for the first time in more than two decades.”

Tennessee will be making its third appearance in the Chick-fil-A Kickoff Game. The Volunteers defeated NC State 35-21 in 2012 and then won a double-overtime thriller 42-41 against Georgia Tech in 2017.

“The Chick-fil-A Kickoff Game is one of the premier events in all of college football,” Tennessee head coach Josh Heupel said. “Opening a season in Atlanta in a venue of this caliber against an excellent opponent will generate tremendous excitement within our program and among our players. We look forward to a massive turnout from Vol Nation in Mercedes-Benz Stadium in 2025.”

Each team will receive its own ticket allotment to the game and additional tickets will be sold through the Peach Bowl, Inc. ticket office. Tickets will be available for public sale early in 2025.

“I’m very excited to see a whole lot of orange in Mercedes-Benz Stadium,” Tennessee Vice Chancellor/Director of Athletics Danny White said. “I cannot wait for Tennessee fans to take over Atlanta for the weekend and support the Vols against a quality opponent in a venue we hope to frequent as Josh and his staff work to restore our program. I am also looking forward to working with Gary Stokan and his staff for this exciting event.”

The winning team will get to don the Old Leather Helmet Trophy, one of college football’s newest rivalry-style icons. Traditionally, winners of The Old Leather Helmet don the helmet on the field after the game, starting with the head coach and then rotating from player to player as the team celebrates its victory.

“We’re looking forward to having Tennessee back in the Chick-fil-A Kickoff Game and welcoming Syracuse for the first time,” Peach Bowl, Inc. CEO and President Gary Stokan said. “Thank you to Dino Babers and John Wildhack of Syracuse, as well as Josh Heupel and Danny White from Tennessee, for making this game possible.”

An exact game time will be announced later, and the game will be televised on either ABC or ESPN.