Vols to play LSU in this weekend's Super Regional; Tickets sold out!

In the regular season, the Vols swept LSU in a three-game series. 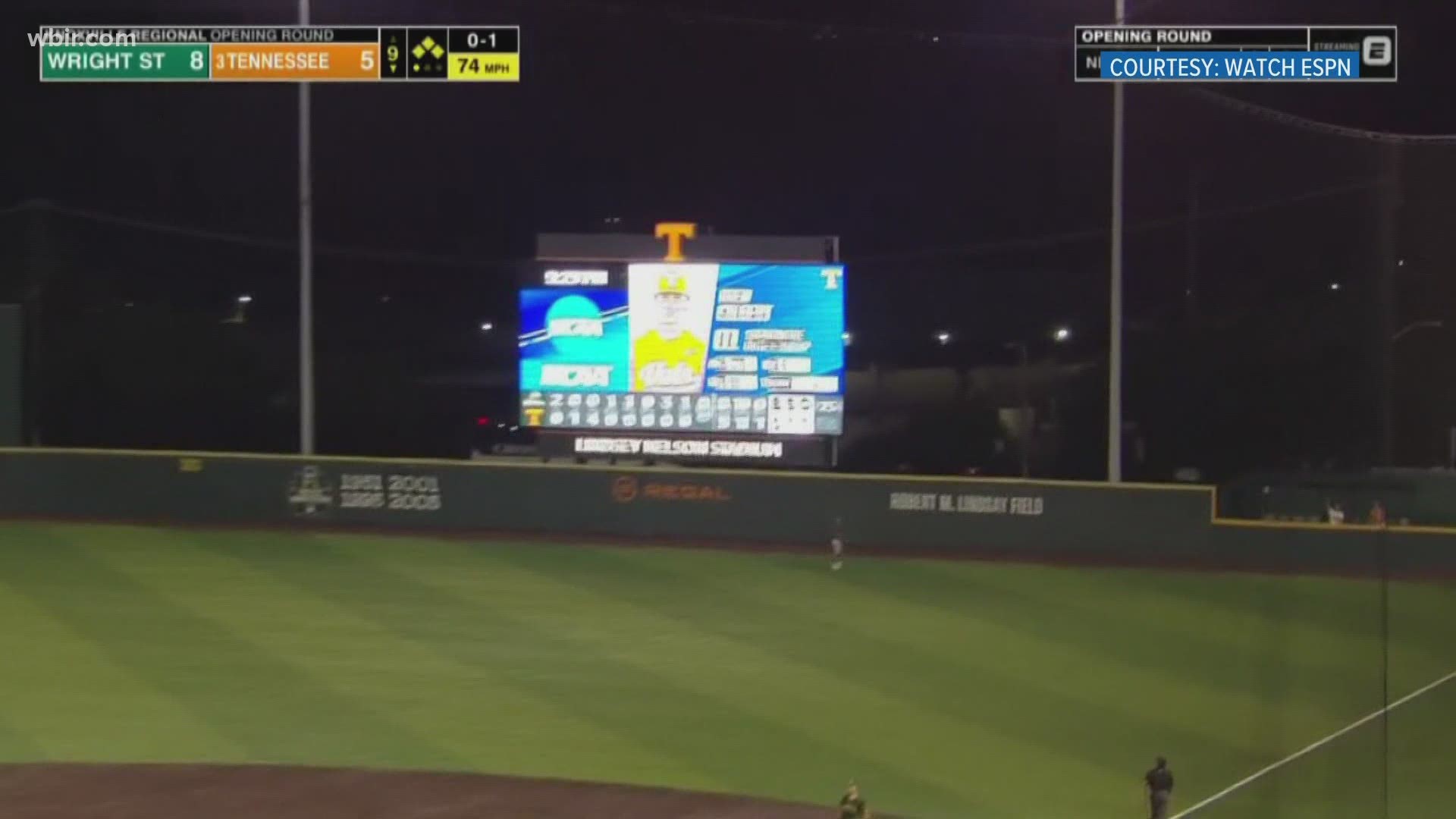 KNOXVILLE, Tenn. — The Vols will play LSU in this weekend's Super Regional.

Overnight, LSU beat Oregon 9-8 in an elimination game to clinch their spot.

The Tigers will now prepare for a trip to Knoxville this weekend.

In the regular season, the Vols swept LSU in a three-game series.

For the first time since 2005, Tennessee baseball is feeling super. On Sunday, the Vols won the Knoxville Regional and advanced to Super Regional play after beating Liberty 3-1.

The Super Regional against LSU starts Saturday at 7 p.m. (ESPN).

Tickets went on sale Wednesday at 8:30 a.m. As of 9:03 a.m., the Tennessee Ticket Office said that all tickets are sold out.

They also mentioned that 90 minutes before each game, standing-room-only tickets will be sold at Lindsey Nelson Stadium for $15.

90 minutes prior to each game, standing room only tickets will be sold at Lindsey Nelson Stadium for $15

The team's season is making history and fans are excited to watch it unfold.

Monday was the four-year anniversary of when the university hired on head baseball coach Tony Vitello.

Over this past week, UT's campus has been filled with excitement and screams of victory. The team is making history on the field, in the stands, and in stores.

If you would like to get your own Vol Baseball gear, go to utvolshop.com.