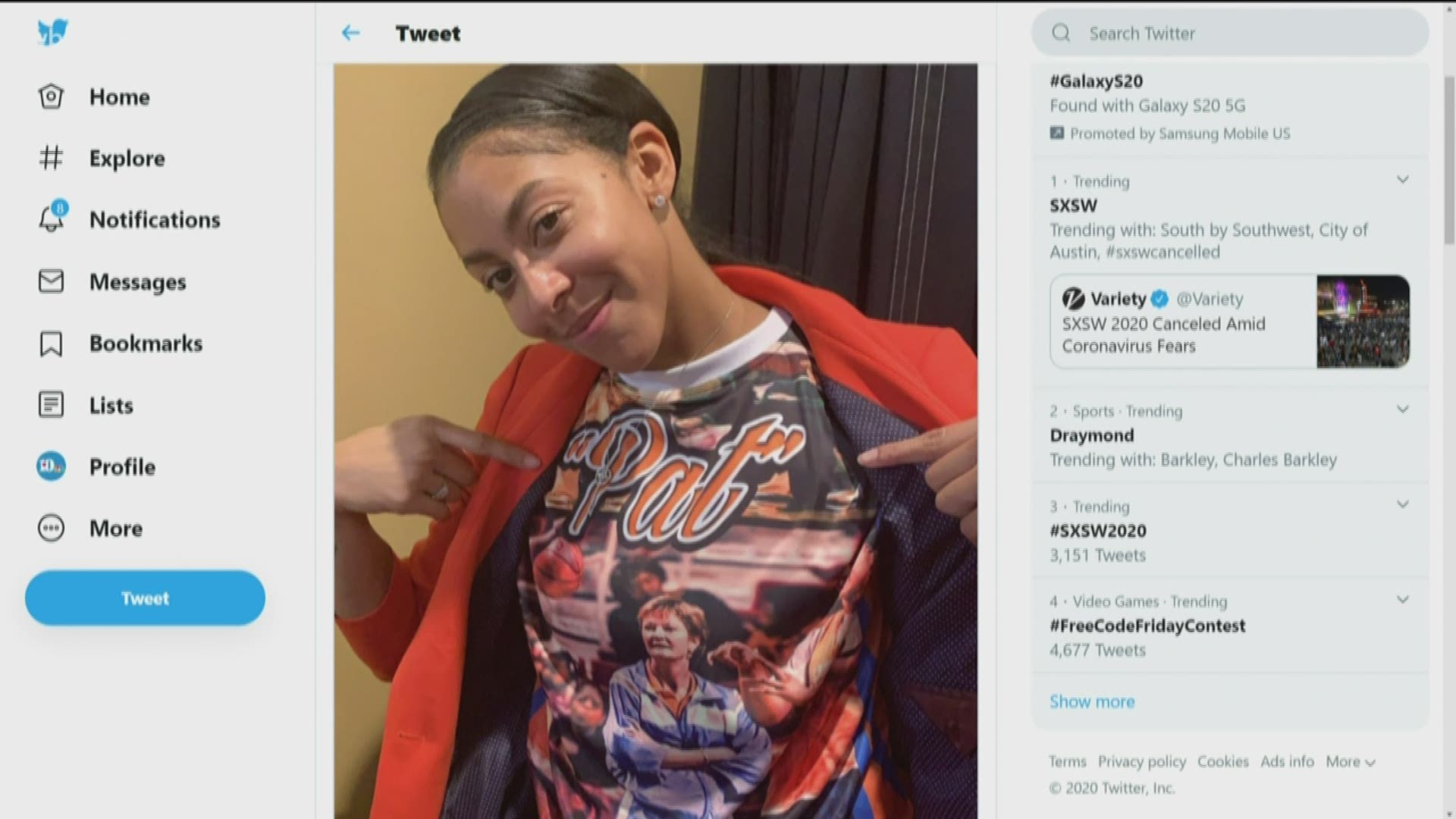 KNOXVILLE, Tenn. — Lady Vols Basketball announced LVFL Candace Parker has been named a WNBA All-Star for the sixth time in her career.

AT&T WNBA All-Star 2021 will be played on July 14 at Michelob ULTRA Arena at Mandalay Bay Resort and Casino in Las Vegas, according to a release. The 17th WNBA All-Star Game will be broadcast live by ESPN at 7 p.m. ET.

The release said this game is one of many key elements of the celebration of the WNBA's 25th season, which will continue to recognize the incredible achievements of players to date while also serving as a celebratory send-off of the WNBA players who will compete in the Tokyo Olympics.

Having earned a WNBA championship and two league MVP honors in 13 seasons with the Los Angeles Sparks, Parker will represent the Chicago Sky for the first time as an All-Star.

The 6-foot-4 forward/center made an immediate impact on the league in 2008 as the only WNBA player to win Rookie of the Year and league MVP honors in the same season, according to the release.

The release said the 2008 Tennessee graduate is averaging 12.2 points, 8.3 rebounds, 3.7 assists and 1.1 blocks while playing 25.4 minutes per contest. Parker has started all nine games during her season with the Sky in which she has played, including the past eight after bouncing back from an early-season injury.