An elementary school teacher in Georgia reached out, wanting to give one of her first graders a signed photo from some football players. The response was huge. 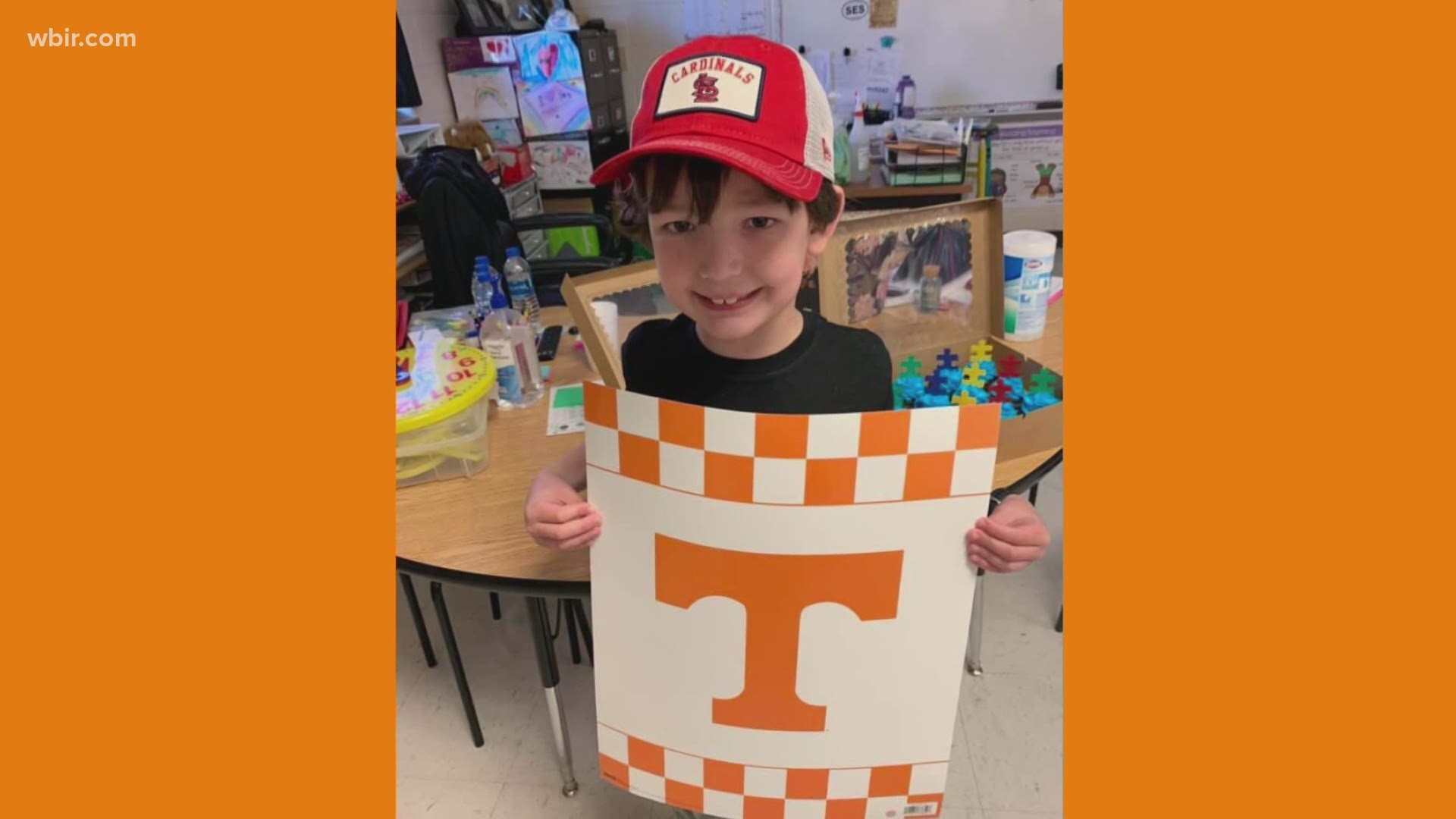 So, when an elementary school teacher in Georgia reached out to Vol Nation wanting to give one of her first graders a signed photo from some football players, Volunteers responded.

A few days later, the small request caught the attention of many officials in Volunteers. Now he can expect game tickets, merchandise and other goodies as support pours in for him.

"We are so overwhelmed and have so much gratitude for Vol Nation," said his mom, Melissa McNeese. "We are excited for Wyatt."

Wyatt is 8 years old and already knows what he wants to be when he grows up — a Tennessee football player. Needless to say, he's a big Tennessee fan. He'll quickly let you know he can spell Tennessee just as fast as you can say, "Go Vols!"

Even though he lives in Georgia, he embraces the Volunteer spirit every day, especially when he's around Georgia Bulldogs.

"Every day, when he gets out of school or on the weekends, he asks if we can go to Tennessee," said McNeese.

Last week, McNeese and Wyatt brought cupcakes to his first-grade class. They were meant to help spread awareness about autism, which Wyatt lives with every day.

And to show her appreciation for the cupcakes, his teacher gave him a special gift.

"Ms. Hall gave him a poster as appreciation for doing that," said McNeese. "Apparently his reaction was epic, in her words."

After seeing his reaction to the poster, Mrs. Hall said she wanted to do more.

She posted on Tennessee Football's Facebook page, explaining Wyatt's love for the team and asking for a letter or signed picture from a player.

She got much more than that. The post has been shared almost 500 times, and the gifts he has received exceeded expectations.

Vol Nation has offered Wyatt everything from personalized paintings, game tickets and everything in between.

"Words cannot express how amazed we are in all of this," said McNeese.

The VolShop is also on board and will be sending him and his classmates some goodies, like a Peyton Manning jersey for Wyatt and Tennessee foam fingers for the class.

"We've been sharing a little bit with him just to know," said McNeese. "We told him there are a few players who know who he is now and he's really excited about that."

His love was strong for Tennessee and now it's even stronger, thanks to Vol Nation.

"We want to say thank you for everything and the support and love everyone has given," said McNeese.

Wyatt's grandma was born and raised in Tennessee. His mom says that's who taught him to love the orange and white.