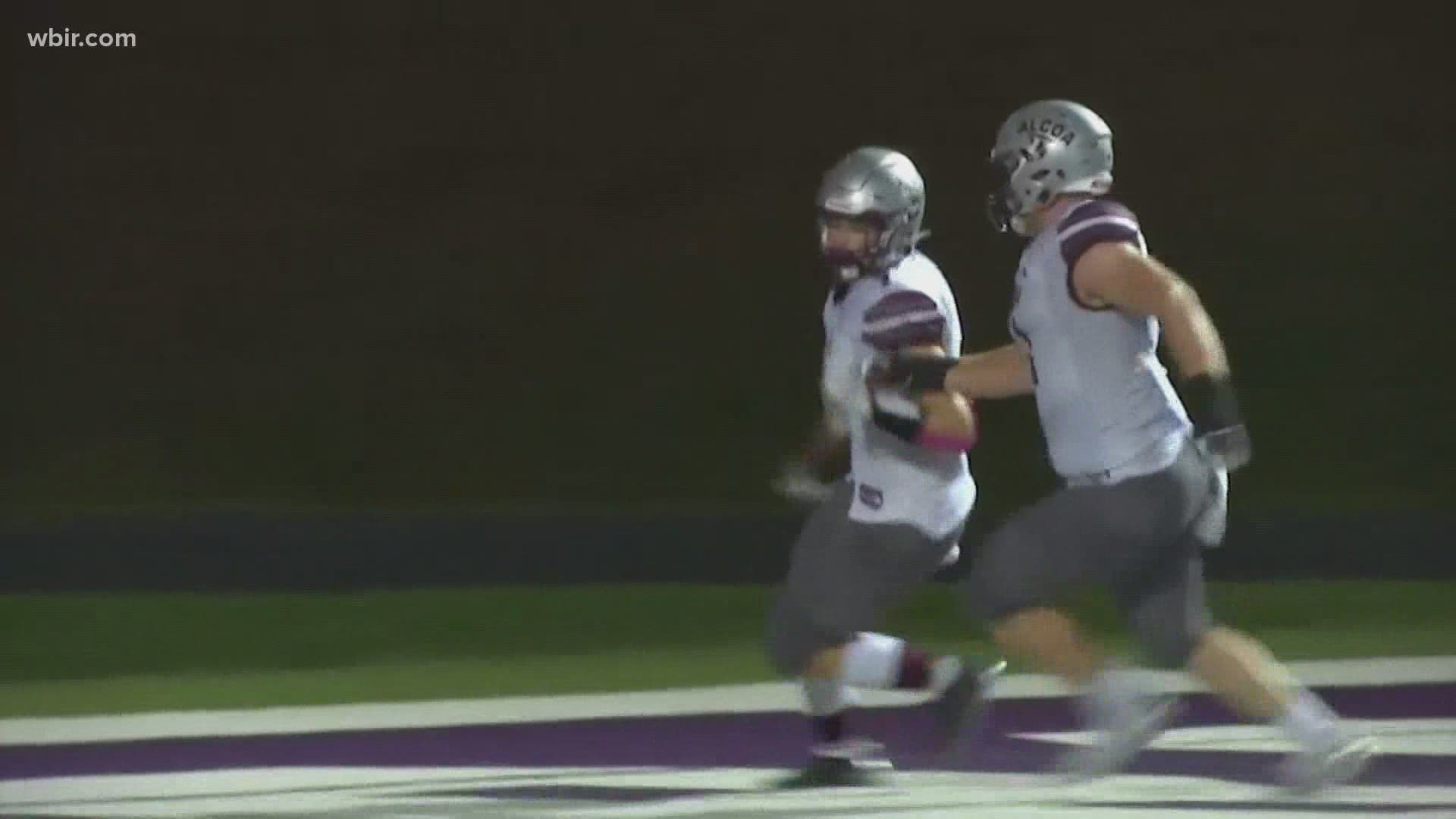 ALCOA, Tenn. — Alcoa freshman linebacker Elijah Cannon goes into each game wanting to intercept, at least, one pass. Our defense player of the week intercepted two passes against Gatlinburg-Pittman and returned both for touchdowns. Those scores helped the Tornadoes beat the Highlanders, 43-0.

"I just had a coverage where I had anybody out in the flat. I saw a tight end, he released, I took him, the quarterback looked right at me and threw it," Cannon said, as he described his first pick-six.

After intercepting the ball, Cannon sprinted to his right and raced into the end zone. He said the second pick-six happened the same way.

"After the first one, it's kind of funny, because I said 'dude, what if I got another one?'...to get two pick-sixes in the same game is crazy," he said.

The freshman did a popular touchdown dance called the "griddy" after his second touchdown. The 2019 LSU football team popularized the dance, during its national championship run. However, Cannon admits that he did not do the celebration quite right.

As for the whole Alcoa defense, they have been stout all season. The unit has not given up more than 14 points in a game. They have also shutout five opponents this season. Scoring touchdowns is simply a plus for them.

Alcoa ended the regular season with a 20-7 win over Dobyns-Bennett.