Clift died in early January after being hospitalized due to complications from COVID-19. 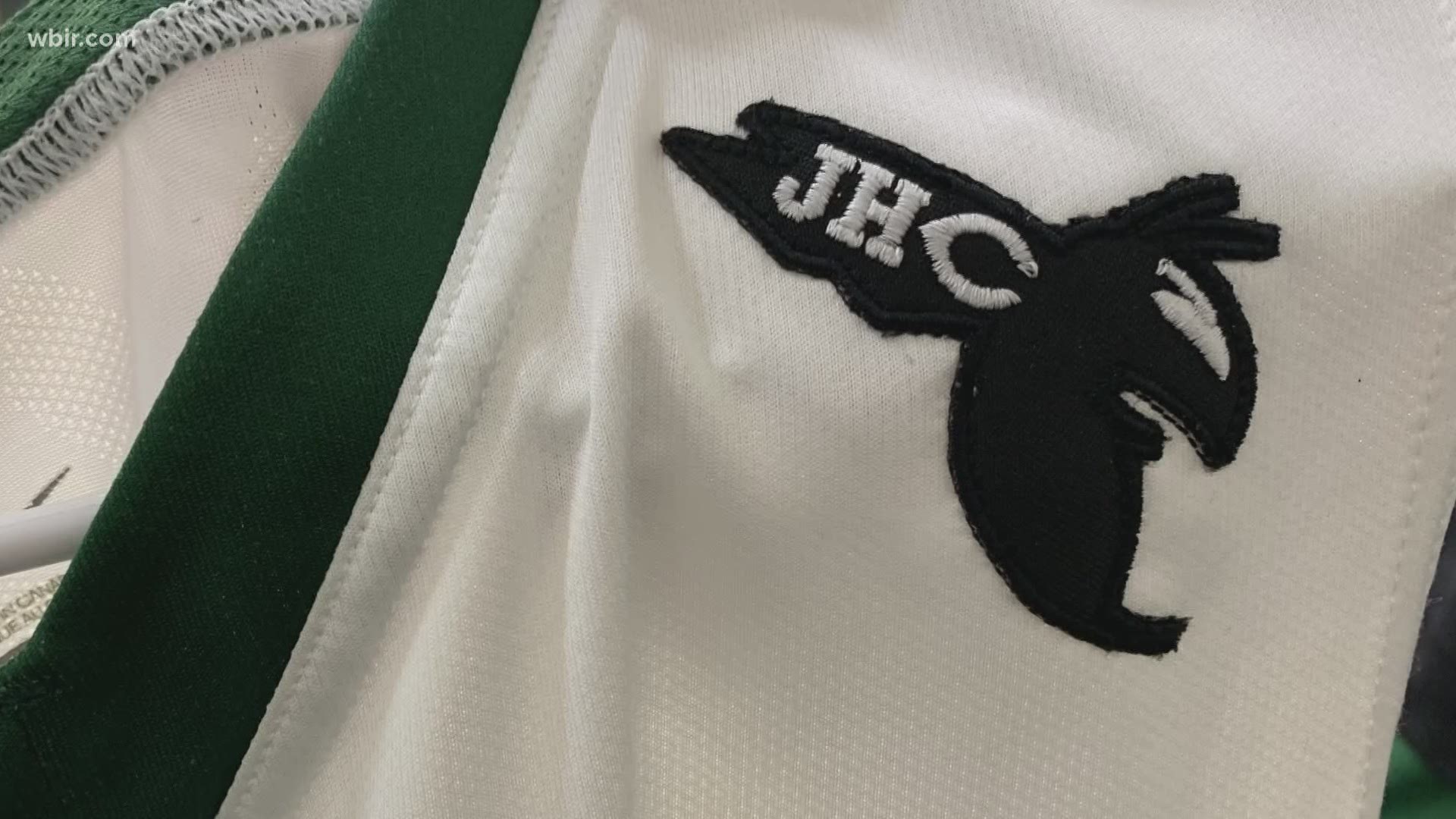 STRAWBERRY PLAINS, Tenn. — A quiet gym and empty seats are a common sight during the era of COVID-19.

The microphone crackles, an announcement before the girls basketball game between Carter and Pigeon Forge.

"Please join us in honoring a beloved member of our Carter High School family."

John Howell Clift loved being a Hornet. He, his wife Pam, his daughter Katie, his son Matthew, all went to Carter. He worked scoreboards, ran PA systems, was a staple whenever Carter was playing.

"Sometimes you'll hear him say he's the Mayor of Straw Plains, the Mayor of the Carter community. If it was happening, John Howell knew about it or he was there to see it happening," Messer said.

In December, Clift tested positive for COVID-19. Just a few days later he was taken to the hospital. Things were going well... until they weren't.

"The night before, his son texted a group and said, 'Mom's going to need you all, this is not going well.'"

Just days into the new year, Clift died. Leaving an empty spot at the scorer's table.

"His spot is marked with a few of his favorite things. He was always wearing a Carter shirt, a jacket, something green and a Carter baseball cap. At every baseball game he had his Diet Coke and a bag of popcorn."

"We will talk about the funny stories about John Howell, and then we get the true pain stories. That he's not here anymore and he won't be sitting at the scorer's table again and he won't be in the press box and when that happens, that's really tough. Just really tough," Messer said.

Now he's honored with a patch on the high school basketball players' uniforms, a sign underneath the scoreboard and his favorite snack, but in the future, it's his legacy that will carry on.

A moment of silence before the game. A time to reflect on what was left unsaid.

"Often times we don't tell people what they mean to us, we just assume that they know, we assume that they understand, because we are just open people, but I would make sure John Howell heard the words of what he meant to not only me, but to everyone here," Messer said with tears in her eyes.

And as if the world knew exactly what needed to come next, that moment of silence was filled with two words.