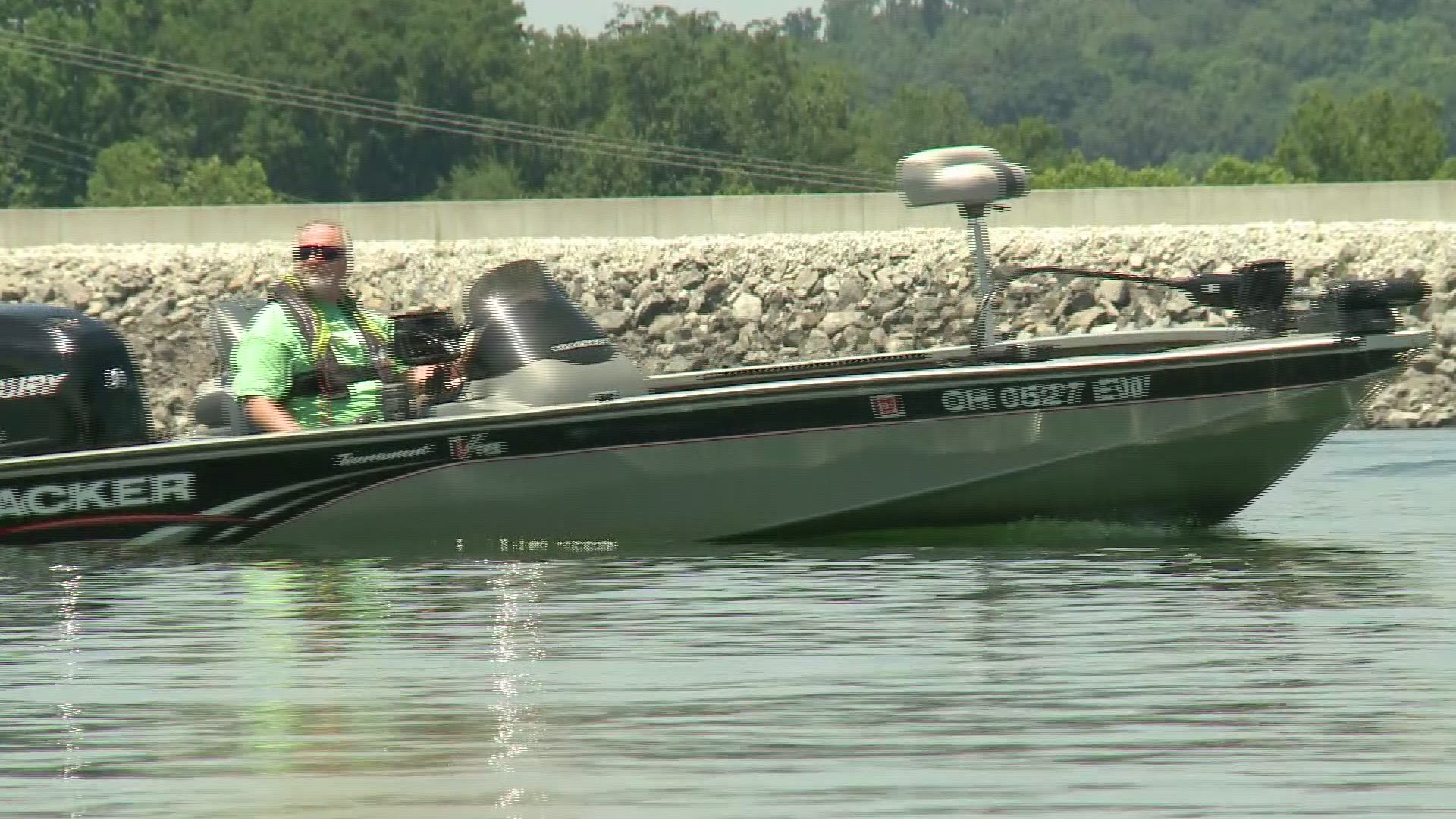 KNOXVILLE, Tennessee — It's a hot and humid day at the Fort Loudoun/Tellico Canal Ramp. Ed Lindsey is spending the day running from place to place, getting ready for the night's main event. The heat is nothing for him, he's wearing a long sleeve shirt with a pair of jeans and work boots.

"I work for the city of Maryville, I work for the line crew there," Lindsey laughed. "Nobody sees these legs out here but my doctor and my wife!"

"It's a monumental occurrence every year, but it seems to get easier every year putting it together," said Janet Lindsey.

But putting it together isn't the hard part.

Gary Lindsey, their son, died at the age of 22 in a boating accident on Tellico Lake.

He loved to fish.

"I was thinking on the way down here how much this tournament would have excited him, he would have slept in the parking lot last night getting ready for it," said Janet.

Just months after the heartache, opportunity tugged at the end of the line: the chance to create this fishing tournament.

"My grief has changed, we've learned how to live with it and how to deal with it, and we turned it positive and helping others and that makes us stronger," said Janet.

Each year, proceeds go to groups like the Smoky Mountain Service Dogs, Blount County Rescue Squad and Blount Special Operations Response Team, groups that played a part in finding Gary after the accident. Their courage in a time of need and the generosity of friends and family... have helped Ed and Janet heal over all these years.

"We love the fishermen, we love the people and we love what they're doing for us. It just warms our heart."

For more information on the event, you can visit its website HERE.