Chad Morris has been dismissed by the University of Arkansas as head football coach. 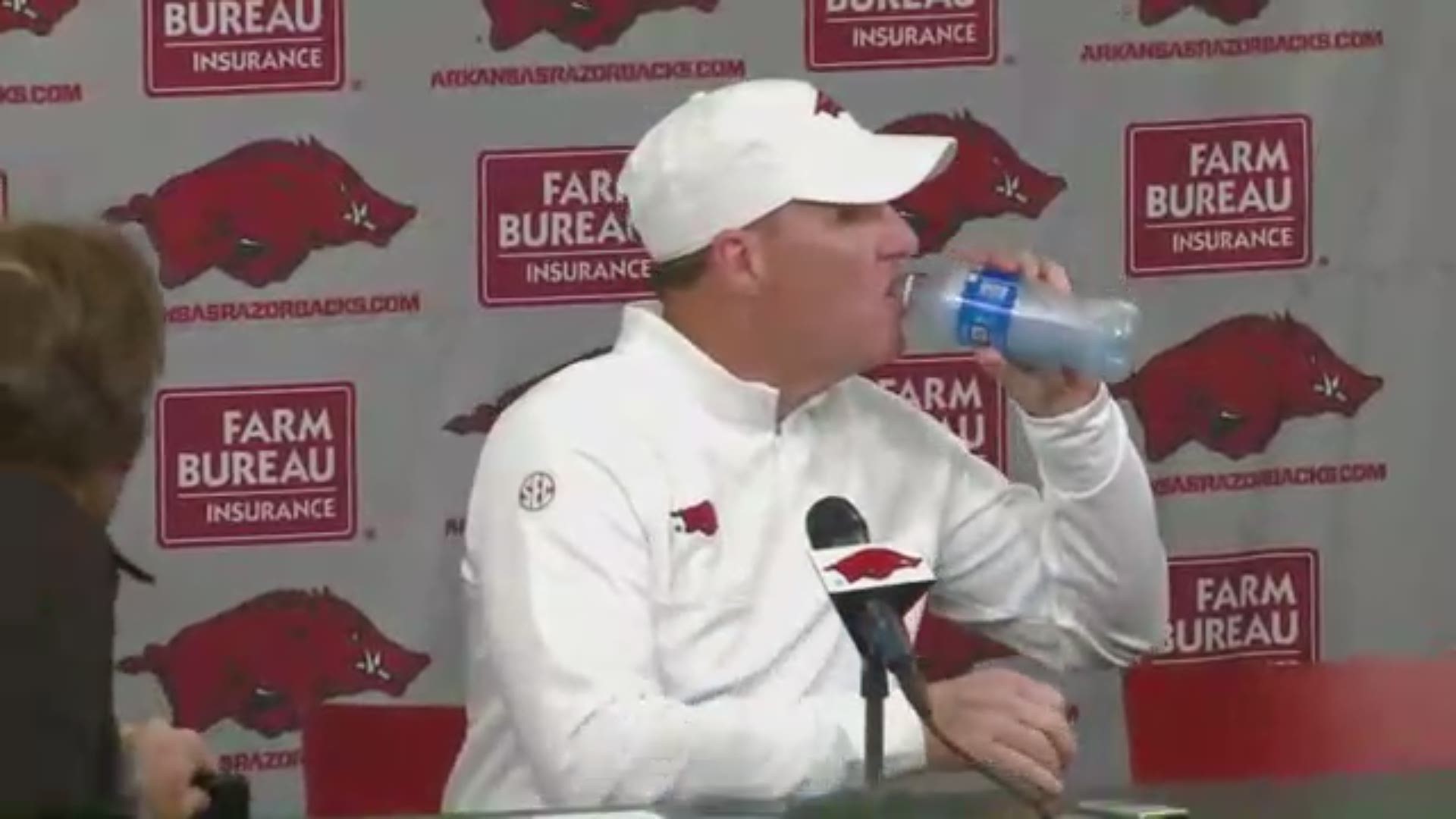 FAYETTEVILLE, Ark. — Chad Morris has been dismissed by the University of Arkansas as head football coach.

Morris failed in his second season, which was highlighted by a 31-24 home loss to San Jose State.

The loss to the Spartans was the first of a seven-game losing streak including this past Saturday against Western Kentucky.

“As part of my continued evaluation, I have come to the conclusion that a change in leadership is necessary to move our football program forward and position it for success,” Yurachek said in a press release. “It is clear that we have not made the progress necessary to compete and win, especially within the Southeastern Conference. Throughout our history in football, as well as with our other sport programs, we have demonstrated that the University of Arkansas is capable of being nationally competitive. I have no doubt that as we move forward, we will identify a head coach that will help lead our program to that benchmark."

Morris, who only coached the Razorbacks for 22 games, never won an SEC game, going 0-14 in the conference.

Assistant Coach and former Razorback quarterback Barry Lunney Jr. will be the interim head football coach for the remainder of the season.

RELATED: Some Razorbacks and Chad Morris not on same page as Ty Storey makes return