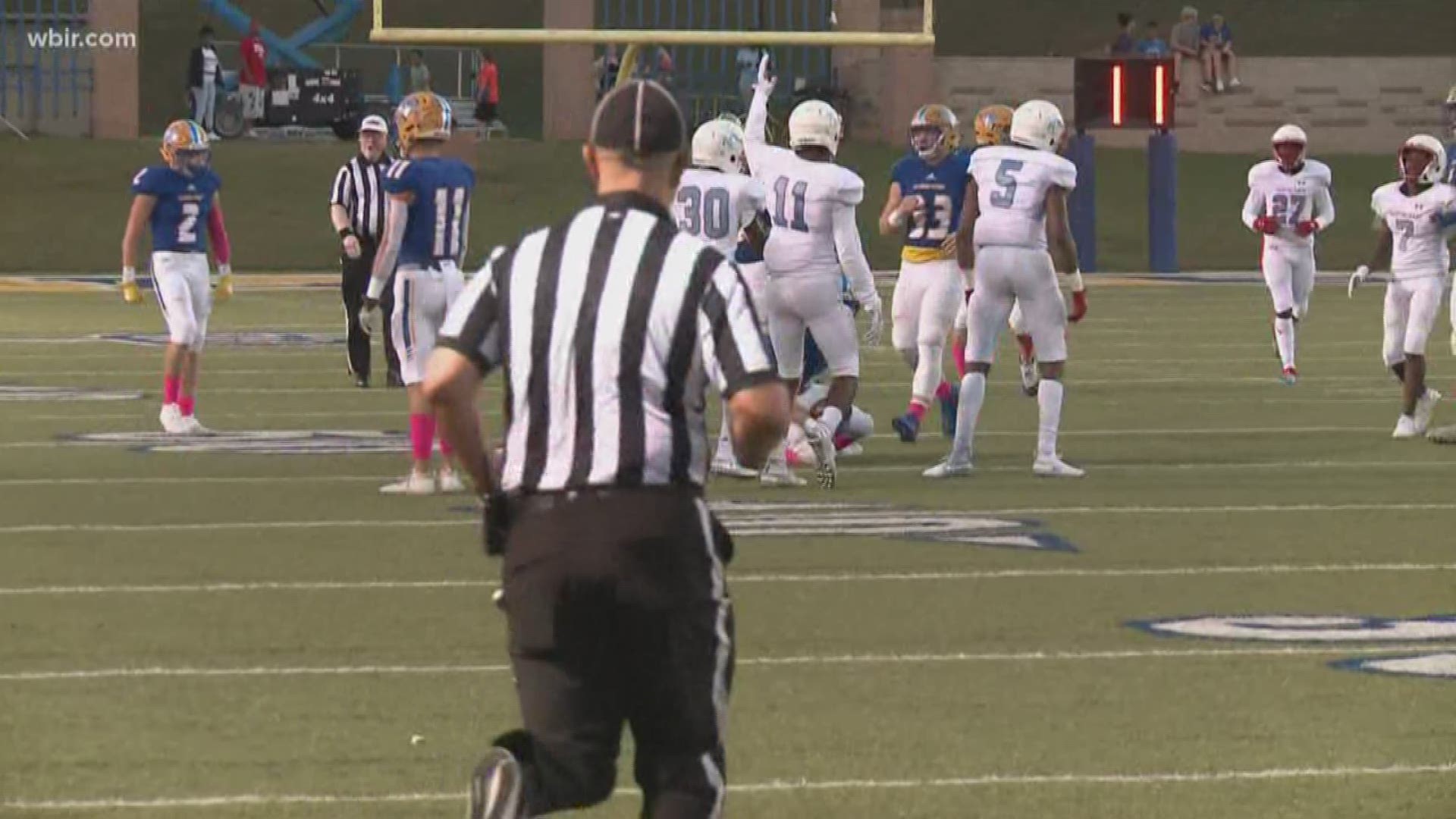 KNOXVILLE, Tenn — For years, James Williams played college and arena football. On Friday, he was watching his son play under the Friday night lights at Bearden High School.

"It is always a possibility that you could have a concussion and it could possibly cause some long term damage," he said. "But that kind of goes with just the nature of the sport."

Williams said he and his son understand that risk and football go hand in hand. But for them, the passion matters more.

"Every single day we take risks," Williams said. "If it's something that you truly love to do, I think you should continue to educate yourself about it but also be willing to understand the consequences."

RELATED: Kids light up in PSA that compares youth football dangers to smoking

He said he has seen coaches take a more proactive approach to implementing CTE protocols and having discussions with the players.

That's increasingly important according a new study from Boston University's CTE Center. Researchers were able to prove a strong relationship between playing football and the risk of developing CTE.

"For each additional year of football play, the odds of developing CTE increased by about 30 percent," lead researcher Dr. Jesse Mez told 10News. "That equates to doubling of odds every 2.6 years."

In one study, a researcher examined 111 brains of deceased NFL players. All but one of them were found to have CTE.

RELATED: This concussion-detecting helmet invented by 8th graders could protect the future of football

"It's a neurodegenerative disease that typically presents with issues of thinking, mood and behavior," Mez said. "It tends to be a progressive disease with progression to Dementia."

He said current discoveries have not allowed them to diagnose CTE in living patients. However, his team is working to create criteria to diagnose CTE early on and test therapies.

"This is the first study to look at the quantitative relationship," he said. "We're going to continue to look at additional risk factors into the future so that we can come up with even better prediction models."