The former 5A Mr. Football did not have an easy path to playing in the SEC. 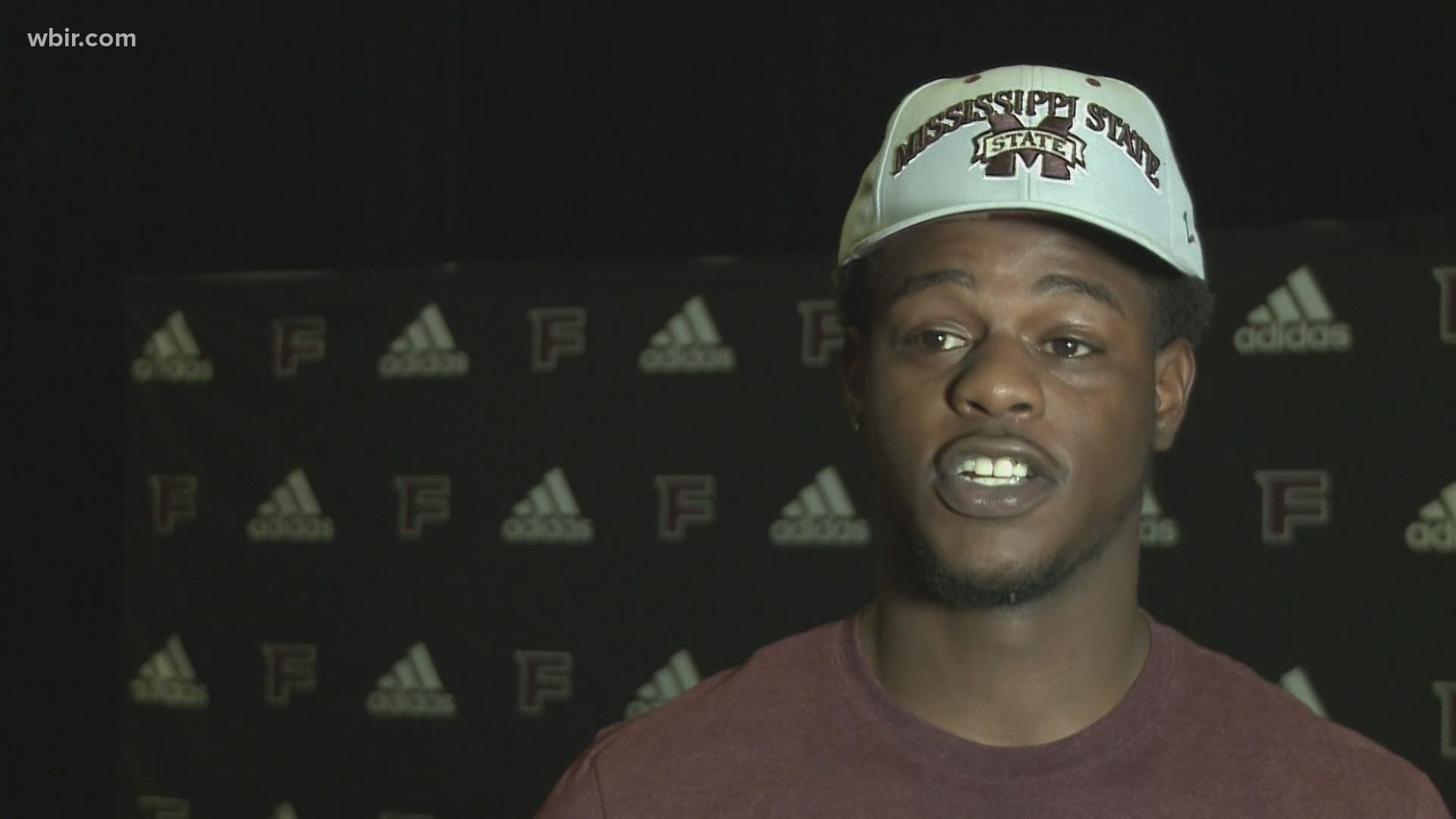 KNOXVILLE, Tenn. — DeShawn Page stood out from his teammates in football and basketball almost immediately. His former coaches at Fulton High School knew he would become a star.

"He played for us as a freshman and, at our level, that's hard to do sometimes," said head football coach Rob Black. "By the time he was a sophomore, there were times in practice where I would have to go put the taming collar on him and say 'hey, ease up a little bit.'"

"When DeShawn came in here as a freshman, we joked with him that sometimes he couldn't get out of his own way. He was his own worst enemy," said head basketball coach and athletic director Jody Wright. "We've watched him grow and mature as an athlete, but really as a young man."

That growth led to accomplishments on the gridiron and court. As a linebacker on the football team, Page totaled 227 tackles, 50 tackles for loss, eight sacks and five interceptions. He won the Tennessee Titans 5A Mr. Football Award as a senior in 2018. He helped the Fulton basketball team reach the state championship game twice. However, the Falcons fell short in both state finals.

Former Fulton star @DeshawnPage7 signed with Mississippi State today. He told me that his journey has been tough, but fun. pic.twitter.com/1yUkOhdfC5

Deciding to play football at the next level, Page committed and signed with Marshall. However, he re-routed and chose to attend junior college. He landed nearly 400 miles southwest at East Mississippi Community College.

"You become a better player and a better person. JUCO is not a bad thing at all. It just gives you time to prepare for the next level," Page said.

It did not take long for the linebacker to reach the next level. After one season with the EMCC Lions, Page signed to further his career at Mississippi State on Wednesday.

He totaled 36 tackles, two pass breakups and a forced fumble as a Lion. Now, he's going to be a Bulldog.

He decided to sign his letter of intent at his alma mater with his family, friends and former coaches around him.

"When he called me and asked me if he could [sign at Fulton], it made me feel some kind of way. That maybe he had a positive experience here and we had something to do with the success of him as a young man," said coach Black.

Page will join a Mississippi State program that has a 2-7 record, going into its final game of the 2020 regular season.