Exum had a goal to be able to make it to the home opener this season. Since then, he's been to almost every home game. 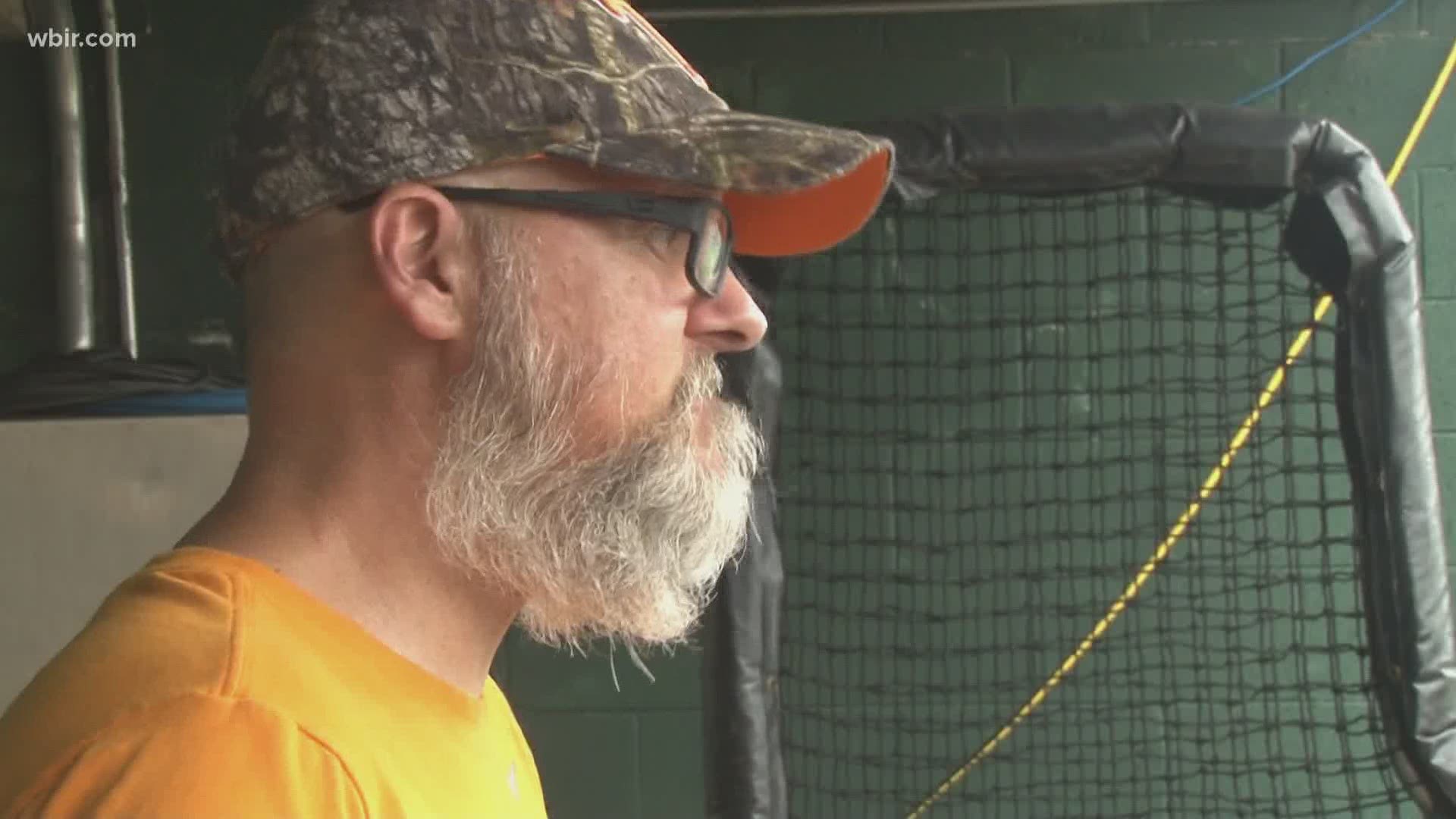 KNOXVILLE, Tenn. — In February, we introduced you to a former UT baseball player fighting to recover from the aftermath of Covid-19. He's come a long way in the past 4 months and so have the Vols baseball team.

"I've learned a lot of things about what's important to me at this point," said Travis Exum.

He spent the beginning of this year fighting to survive after being diagnosed with COVID-19.

"That was the first time in my life I was scared for my life," he said in February. “At one point I just wanted a hug. I just want to hug somebody, so it was hard."

COVID-19 hit him hard, to the point where he had to relearn how to walk.

Four months ago, his goal was to attend the Vols Baseball home opener. While that meant putting extra work in at physical therapy, using a cane and carrying an oxygen tank — he did it.

And as the Vols kept pushing forward during the season, Exum did too in recovery. He called the team's season a kind of therapy, helping him along as he found success in the fight against COVID-19.

Four months later, he feels almost back to normal. He's back on his feet without any support and has been able to breathe on his own.

“I’m still working on my strength," he said. "Started running a few weeks ago which has always been a big part of my life. I think it’s taking it one day at a time.”

Days before the Vols take on the Super Regional at home, Exum was back on the field chatting with players and reminiscing about the old days.

“Feels like yesterday we were preparing for the regional in ‘95," Exum said. "Had the bleachers here. It’s almost a deja vu experience, so to speak.”

While it’s hard to be away, he said he won’t be in the stands this weekend. He said he has not reached a point where he is comfortable being in crowds, worried about his safety and health.

His volunteer spirit, pride and support will still shine from miles away though as he's forever grateful for the role the team played in his recovery.

Exum is still waiting to return to work. He was working as a travel nurse when he contracted the virus.

He has an ongoing GoFundMe where people can donate to help his family since he hasn't been working.