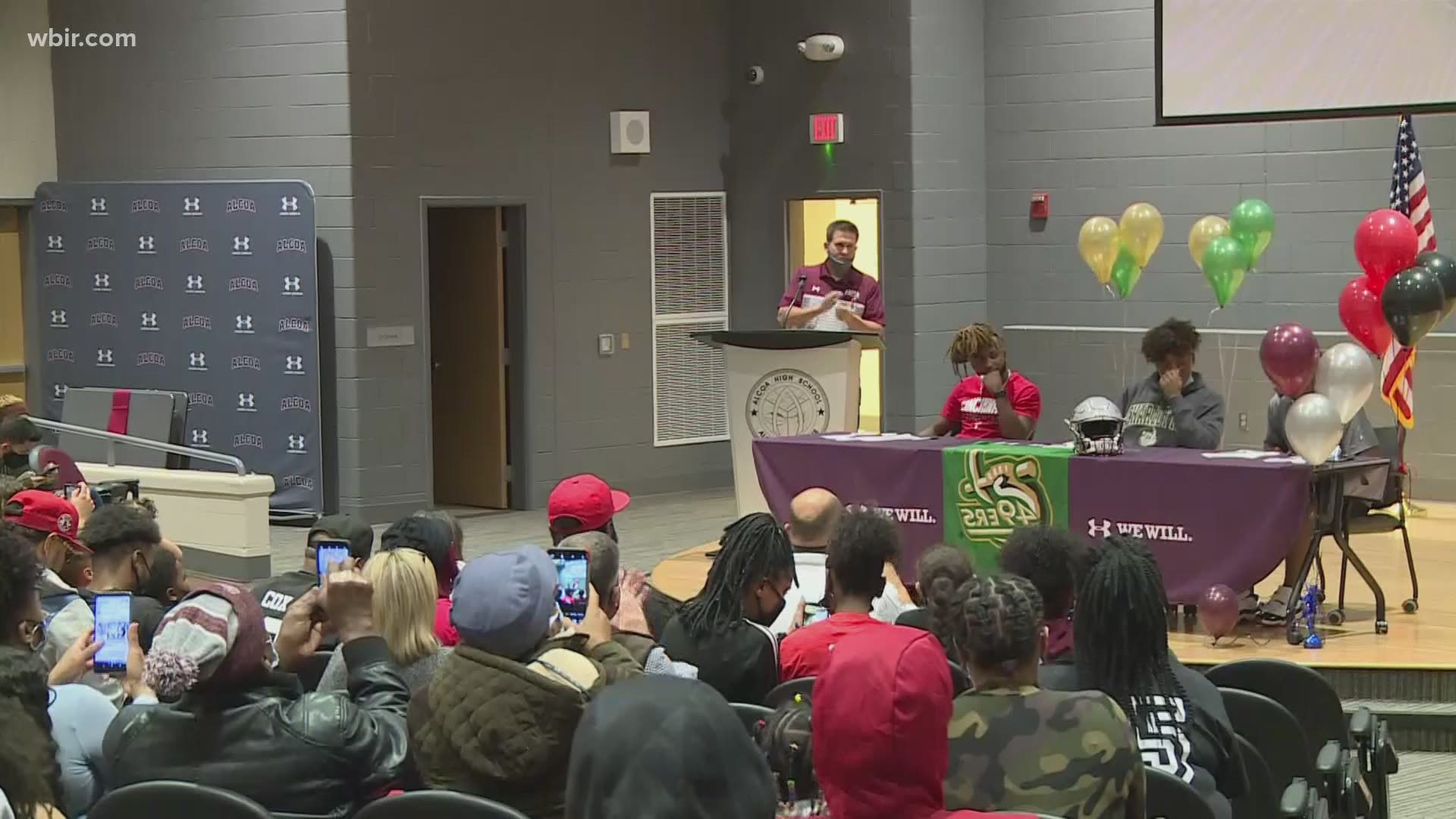 Less than seven percent of high school athletes go on to play in college. Less than two percent sign to play a Division one sport. For the Alcoa football team, the percentages are much higher.

Four Alcoa players signed their national letter of intent on National Signing Day and head coach Gary Rankin said he expects one or two other seniors to sign later.

"It's a proud day, happy day, and a little bit of sadness seeing those guys leave." Head coach Gary Rankin on National Signing Day. "It happens every year, though. We will start over next year with a new group of seniors and see what we can do. They will be something those college coaches are proud of."

For Cam Burden, his dream was always to play in college. He had the talent, but said he recognized he would grow the most under the guidance of Coach Rankin and the Alcoa staff. After his junior year at Alcoa, Burden had fifteen Division I offers.

"He's taught me so many different things." Burden said regarding Coach Rankin. "Between him and Coach Brian Nix, not only about football but also about life lessons and what I'm really going to need in life. It's bigger than football."