We dive deep into Friday afternoon's matchup between Tennessee and Oregon State. 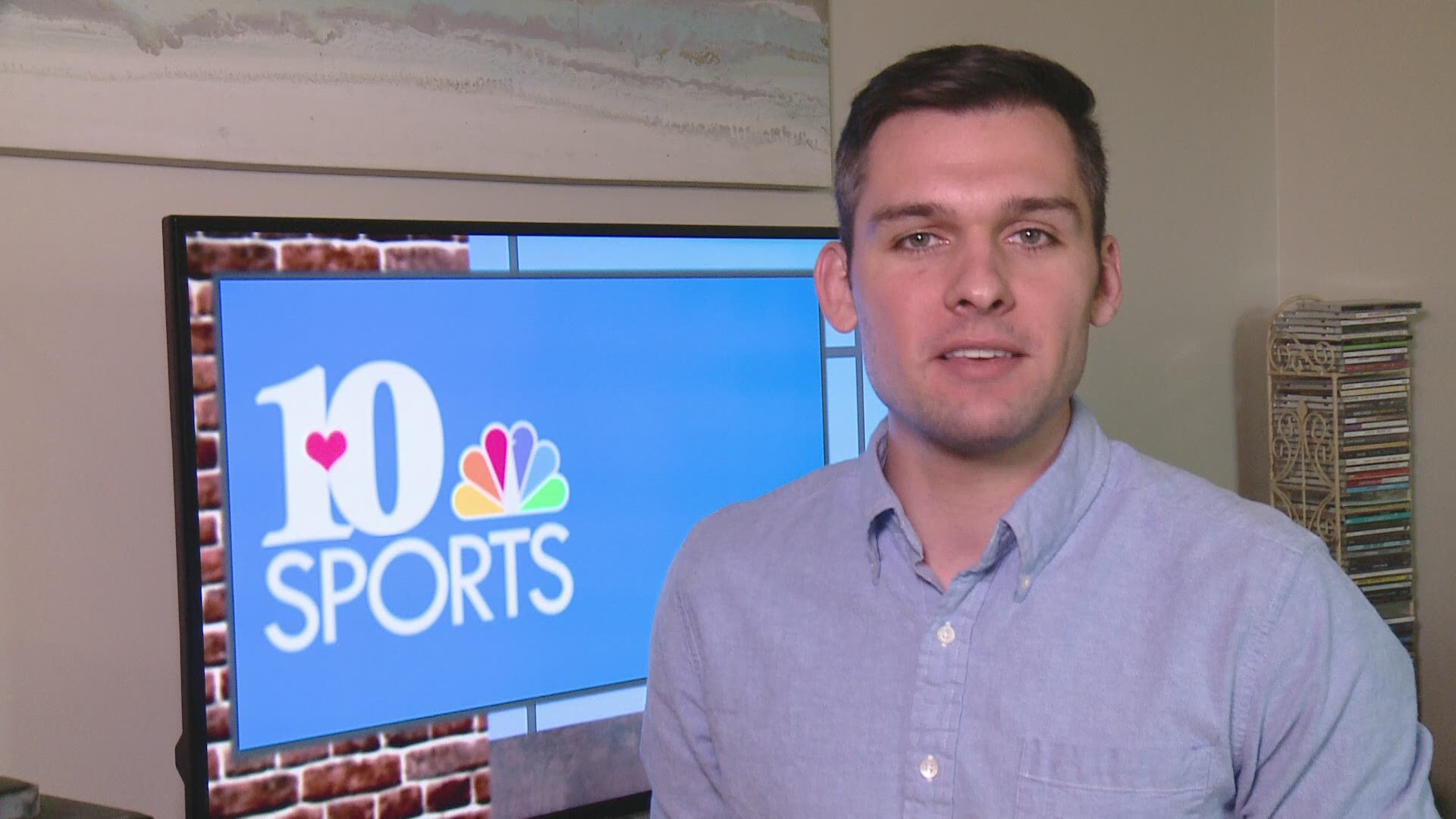 INDIANAPOLIS — Many consider the NCAA Tournament to be among the greatest sporting events each year. After the tournament was called off last year, the wait to get to this point may have felt even longer than usual.

For the Vols, a five seed is fitting for the year. It's been a long year that has shown flashes of brilliance. The consistency, or lack thereof, has been one of the things that likely dropped the Vols down to the five-line.

The results of all that led to an opening matchup against twelve seed Oregon State. So, what can we expect to see in Friday afternoon's game?

Oregon State (17-12) is coached by Wayne Tinkle. The team is comparable to Tennessee (18-8) in many ways. It will be interesting to see how their season was sort of opposite of Tennessee's.

The Vols looked tremendous early on but struggled with consistency issues throughout the later part of the season. Oregon State was less than stellar through the regular season but managed to win their conference tournament.

In short, this is a classic March matchup where one team (Tennessee) is the favorite for a reason — but you can't discount their opponent because of how hot they are entering the tournament.

What about the talent?

In my eye, the Vols have the more talented of the two rosters. If you watch any amount of game film of the two teams, this is one thing that sticks out rather quickly. Tennessee's roster is more athletic top to bottom, but there is much more to winning a game than simply having good athletes.

The Beavers average just under 71 points per game. They're extremely balanced on offense. This can make them a bit hard to plan for because coaches can't just focus on one player. They also have good guard play, and Ethan Thompson along with Jarod Lucas are the two to watch in this one. Thompson leads the team in scoring, but it's Lucas who you need to keep an eye on from outside.

Lucas has a tendency to try and draw fouls as he takes 3-point shots. He can be a bit streaky as a shooter, but when he's on he's a handful to deal with. Lucas isn't afraid of the big shot, so if the score is close late, don't be surprised if he's the one the Beavers go to.

They can go through cold stretches as a team. Their offense isn't extremely complex and there isn't a ton of tricky motions for the most part. The Vols really need to focus on securing rebounds to prevent the Beavers from getting easy second-chance opportunities.

The Beavers give up just over 68 points per game on the defensive end. They have shown zone fairly often and even did this against UCLA in the quarterfinal of the Pac-12 Tournament. In this game, they also showed some loose 3/4 court press.

Tennessee has seen very little of this sort of defense this year, so Rick Barnes and his staff will need to have the Vols ready to face a variety of looks from the Oregon State defense.

The Beavers can be susceptible to inside looks, both off the dribble and from post feeds. While they will have a distinct size advantage over Tennessee, they're at a disadvantage when it comes to overall team quickness. Tennessee needs to use this to its advantage on Friday.

If Tennessee takes advantage of them early, the Beavers may very well go to a zone to force the Vols to make shots from the outside. Tennessee has struggled against zones this year, so this would not be ideal.

Oregon State is also susceptible to the high ball screen pick and roll action. Their lack of quickness creates issues if the offense is decisive and goes downhill. Tennessee hasn't always been consistent in their attempts to play fast this year, but this might be a good game to try and do just that.

You can steal some extra possessions from the Beavers. They're not always terrific on the boards, but they can get a bit lax on defense and be susceptible to giving up offensive rebounds.

Tennessee isn't a huge team inside, but athletic guards like Jaden Springer and Keon Johnson have shown the ability to be good rebounders at times this year. This is a team that they could grab some boards against. That may be something that the Vols are forced to rely on, given the potential height mismatch the Beavers could have if John Fulkerson is unable to play for Tennessee.

The first thing to be concerned about is just how hot the Beavers are entering Friday's matchup. They won three games in three days last weekend to win the Pac-12 Tournament. There's more to this than just what the scoreboards said.

WBIR caught up with Orlando Sanchez from KGW in Portland, Oregon. Sanchez noted that it wasn't just the wins, but rather who they beat that would concern him if he was a Tennessee fan.

"The style of play that Tennessee has is similar to that of the three teams that they just beat in the Pac-12 Tournament," Sanchez noted.

Sanchez talked about those teams playing man-to-man defenses and switching on ball screens. He also noted that each of the three teams that Oregon State defeated made the tournament. In short, the Beavers won't likely be intimidated by the Vols' style of play.

Oregon State is comfortable playing in games that get a little muddy. Their scoring margin for the year is a narrow +2.3. That's significant because it shows that the Beavers can and do win close games. Because of this, Tennessee should look to play up-tempo, with hopes of getting their final score into the 70s or 80s. If this game is played in the 50s or 60s, Oregon State's chances of pulling off the upset increase significantly.

Game Info: Tennessee and Oregon State will play at 4:30 PM on TNT.