No. 5 Tennessee faced off against No. 1 Florida on Friday, taking home the SEC championship trophy. 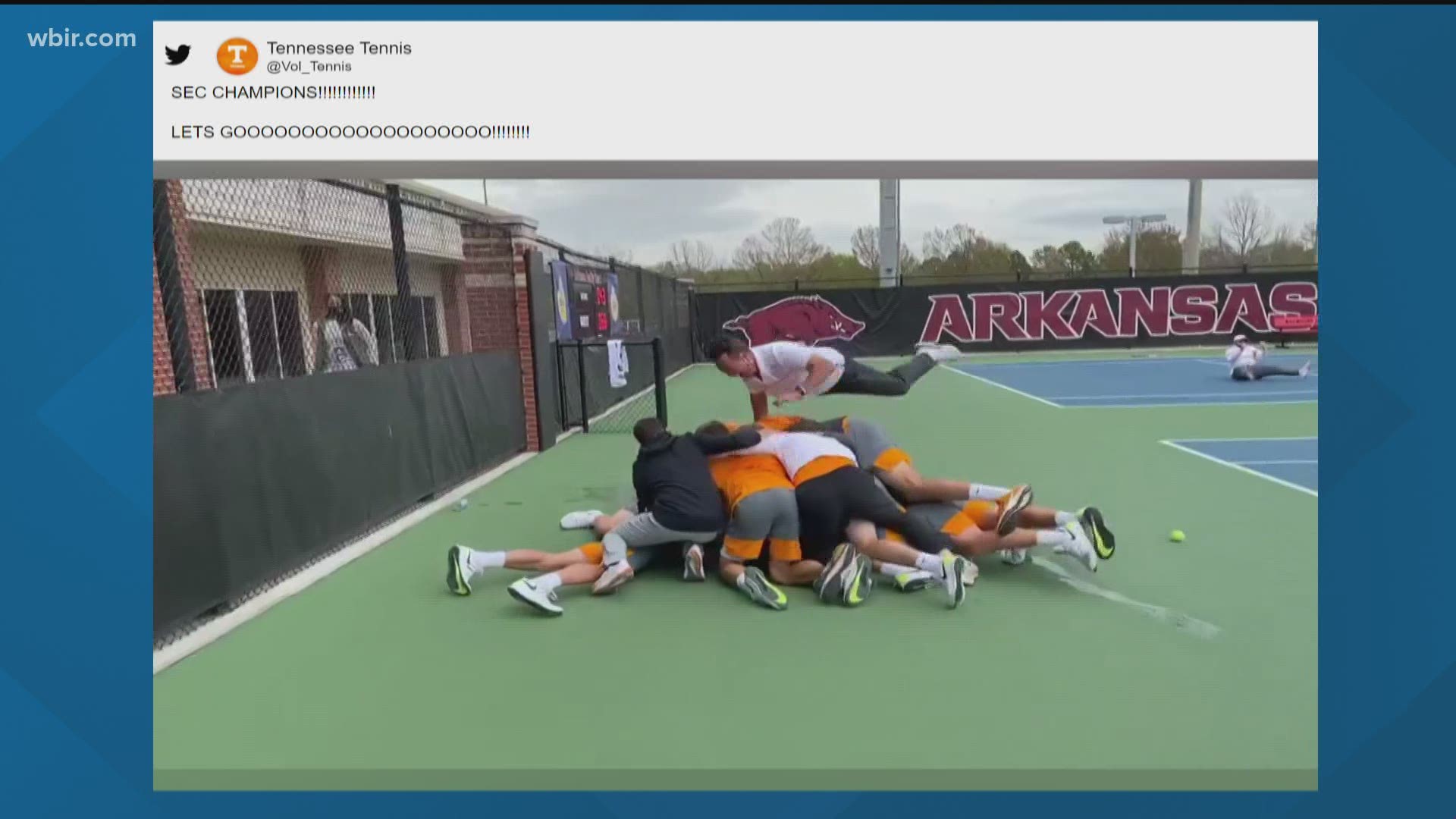 FAYETTEVILLE, Ark. — The Tennessee Men's Tennis team dogpiled on each other Friday afternoon to celebrate winning the SEC Championship.

They faced off against Florida at the Billingsley Tennis Center after having one of the team's best seasons in over a decade. The Vols were ranked fifth nationally and were undefeated at home as they headed into the postseason.

Former Vol tennis player and now head coach, Chris Woodruff, was in his fourth season as Tennessee head coach but has been on the staff for 19 years. Woodruff was an NCAA singles champion himself, and as a pro totaled seven wins against former world number one players.

He said that the team's success came from the focus they've shown in the last 12 months.

"We have tried our very best to just stay focused on working hard day-by-day." Chris Woodruff said on Sunday. "That's really about it. There's no 'secret sauce' we just try to focus on little progress every day. We had some goals at the start of the year that we were determined that if we were able to play that we were going to try and do a couple of things, and so far it's worked out well."

This was the Vols' first appearance on national televisions falling in the 2019 SEC Tournament championship to Mississippi State.

The Vols were unable to compete in the spring postseason last year after the coronavirus pandemic halted all sports. Woodruff said he learned a lot about his team and himself as a coach through the adversity they experienced.

"I think time is of the essence," Woodruff said. "I still remember being in Columbia, South Carolina last year and just the looks. I remember talking to a friend of mine, Coach (Rick) Barnes, and I knew when the men's basketball tournament was canceled there was no way the men's tennis tournament was going to be played. There was a sense of panic. And fast-forwarding now, and being able to really appreciate that we can play tennis."