Tennessee and Florida will play under the lights in Gainesville. 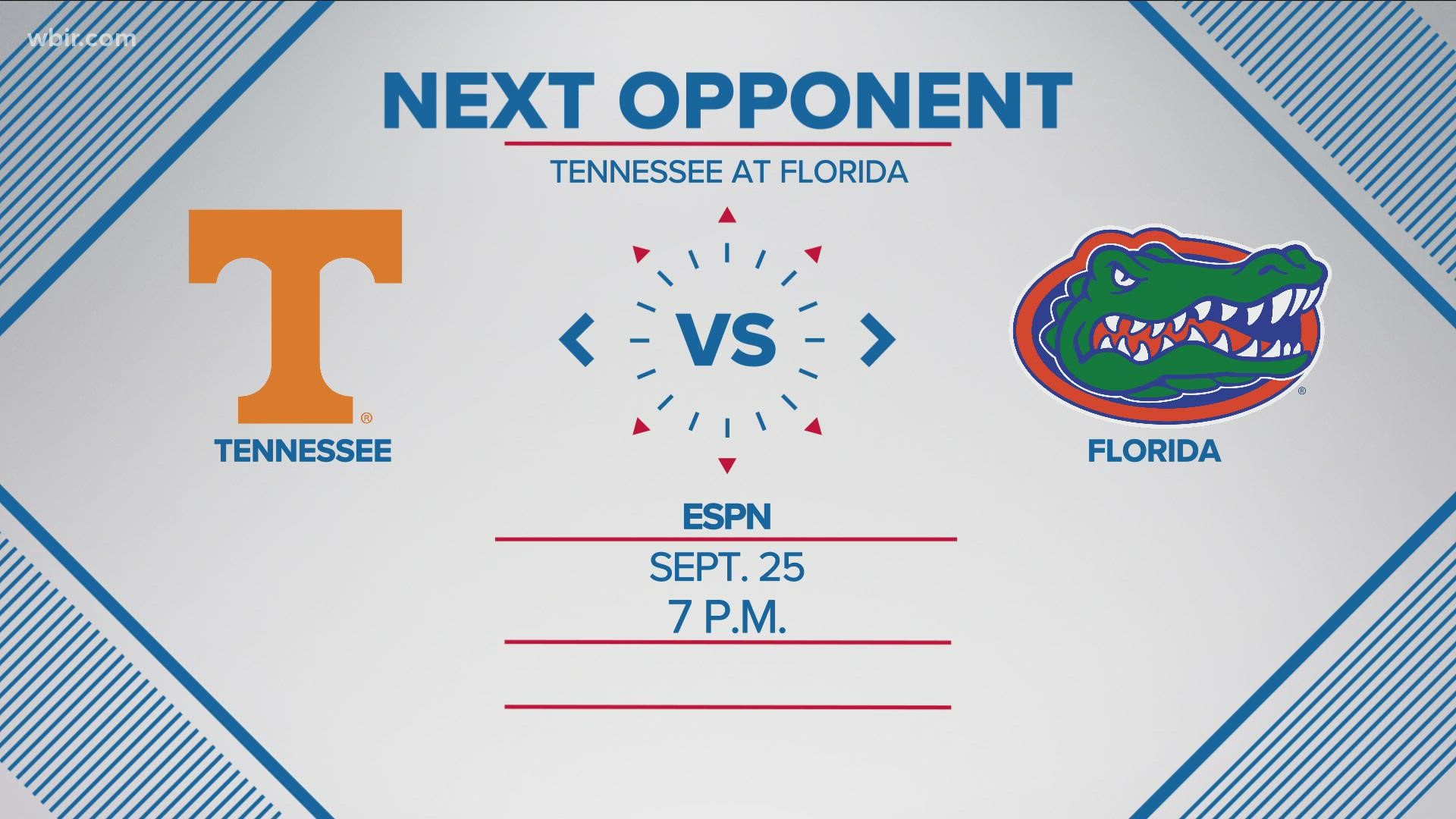 GAINESVILLE, Fla. — The Florida game is one that is always highlighted on the Volunteers' schedule. This year is no different, and it'll be played in primetime when Tennessee travels to Gainesville on September 25.

The Vols' struggles against Florida of late have been noted, but with a new regime comes new hope with Josh Heupel's high-powered offense. The Gators are a top 15 team heading into week three, but that could change before they play host to the Vols.

Florida will face top-ranked Alabama Saturday, while the Vols have a much more favorable matchup against Tennessee Tech this week.

The Vols will face Florida in Gainesville on September 25, at 7PM. You can watch the game on ESPN.