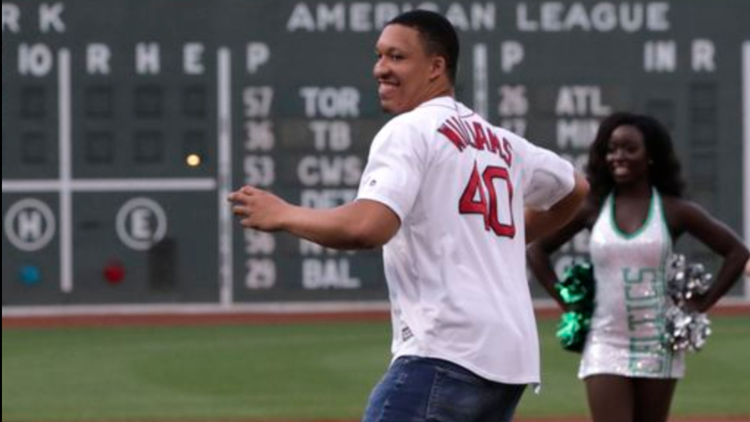 He and teammate Carsen Edwards were at the Rex Sox game to throw out the ceremonial first pitch. Both were wearing custom Red Sox jerseys with their names printed on the back.

Grant said he was "really excited, kind of nervous" on Twitter before taking the mound.

Neither pitch hit the strike zone, but hey, they're basketball players, not pitchers, so fans gave them a pass.

Before , the two toured the historic Fenway Park and met with baseball fans who were also excited about their basketball team.

Williams told Boston.com that he was enjoying living in Boston and learning about the city, but he's still trying to figure out how to get around.