Halls students get to live out their dreams of scoring touchdowns and cheering on the sideline. 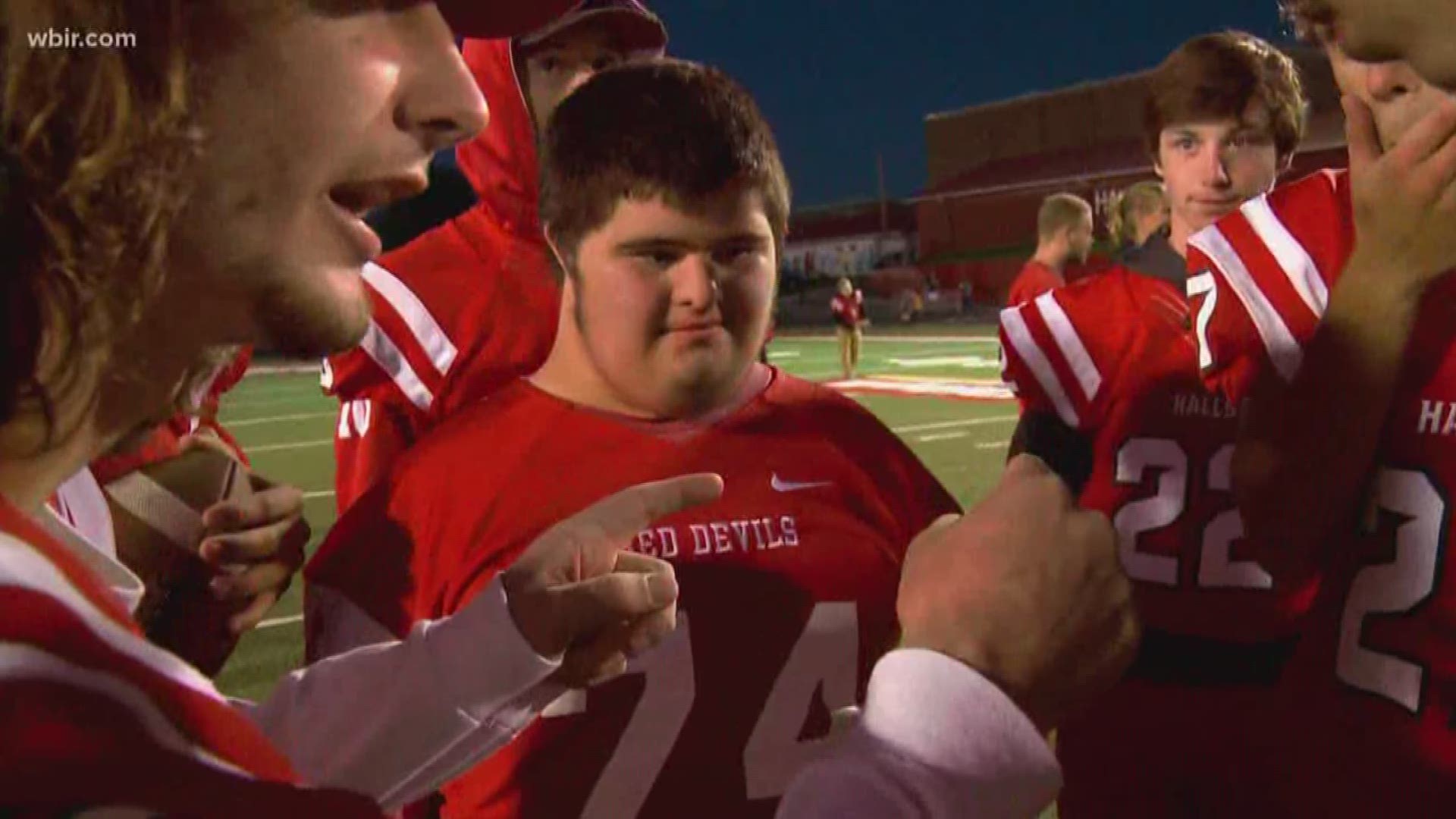 Hayley Edwards, a senior at Halls, has worked with the Comprehensive Developmental Classroom (CDCA) since she was in middle school.

"I just help them do their daily activities and assignments," said Edwards. "It's just really great, I love doing it."

Over the past few weeks, Edwards has been helping to organize an event for the students, who have different forms of learning disabilities. It's called 'Tuesday Night Lights.'

Varsity football players, cheerleaders, parents and students all got together to create a Football Friday atmosphere for the group. Giving them an opportunity to experience something that was previously out of their reach.

"This day is everything to them," said teacher Romy Reed, "you can just see it in their eyes, they always wanted to play."

Admission was free, but donations were encouraged, going toward the CDCA as it tries to form a club for the students, with the hope of being able to create more opportunities like Tuesday Night Lights.

The National Anthem was sung, the players were introduced and football began.

But not all students wanted to play between the numbers. Some preferred to cheer, like Halls senior, Lauren Rosasco.

"This is my first time cheerleading, so I'm really excited."

Rosasco has been a part of the Halls community for quite some time. Her brother played for the Red Devils back in the mid-2000s. She's been to plenty of games, but has never been able to cheer on the sideline.

Hunter Huff, a senior on the football team, helped lead the offense for both squads. it was a tight game, but ultimately, as time expired on the scoreboard, there was a 40-40 tie.

After the game, everyone got together and took pictures. I night well spent, for players and fans alike.

"You just have to be passionate toward every single child," reflected Edwards.

"They get to be surrounded by their peers," said Reed with a smile, "and do things they never thought possible. It's absolutely amazing to see this come true."

With her cheerleader uniform and her pom poms, Rosasco had a request for all those watching the game, getting a chance to hear her and her classmates' story.