She got to meet Grant. But she wanted to know where Jelly was. 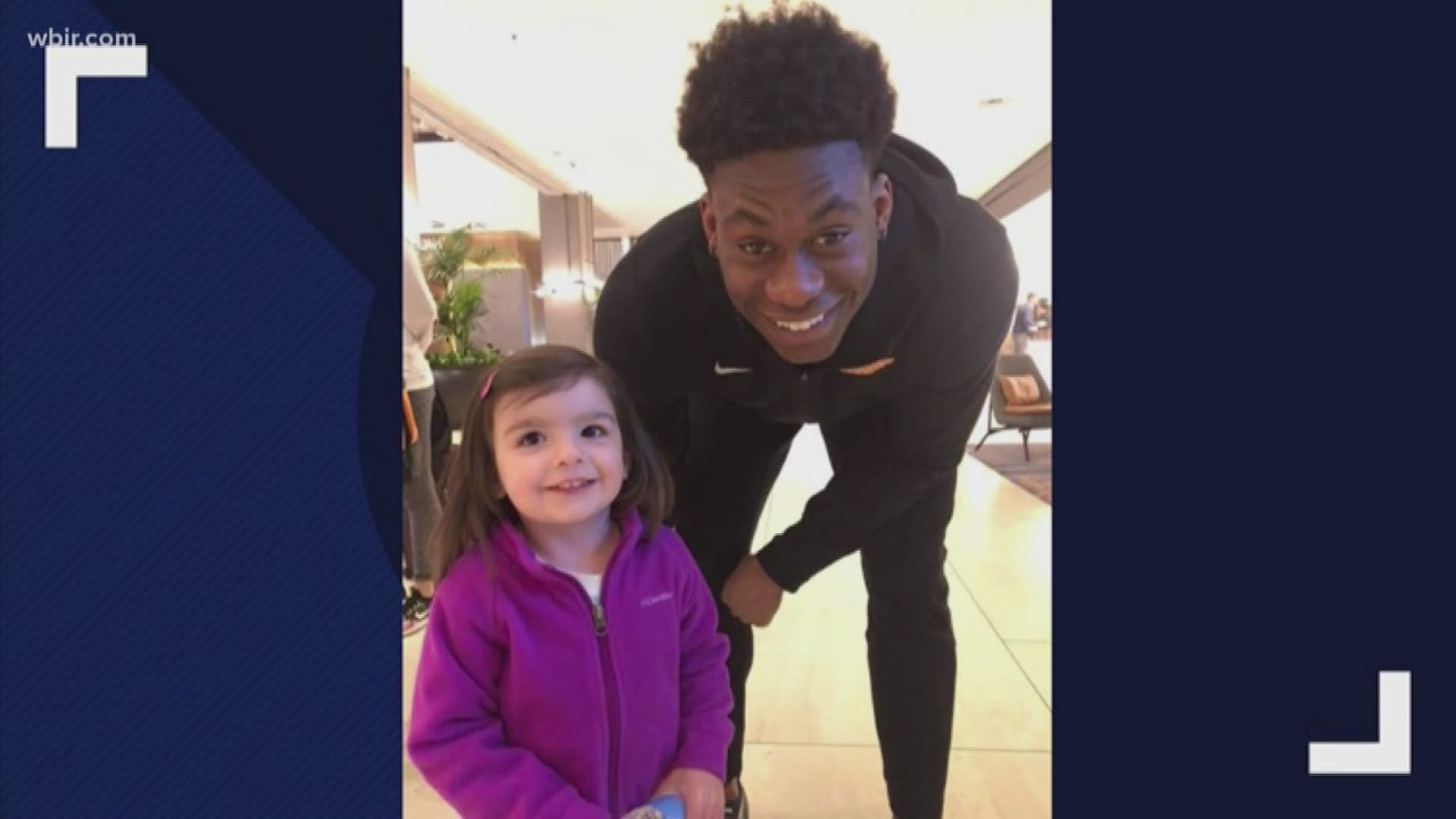 LOUISVILLE, Ky. — Grant Williams is arguably one of the brightest stars on the Tennessee Basketball team right now.

He's been named SEC Player of the Year two years in a row, is nominated as a finalist for the Naismith Trophy, and has many other accolades to boot.

But when one little fan met him in Louisville before the team plays in the Sweet 16, she wasn't too concerned with that.

She just wanted to know where the Jelly to Williams's Peanut Butter was!

In a video tweeted out by the team's account, you can see Williams meet with a young girl.

But she just has one burning question on her mind: "Have you seen Admiral?"

Williams can't quite hear her at first, so she repeats herself: "Have you seen Admiral?" and he says "Yeah!"

She's talking about Admiral Schofield (if you've been living under a rock all basketball season).

Then they take a photo together.

And she still tells him good luck on the game, after a little prompting from someone on the sidelines, that is.

So, did she find Admiral?

Yes! Her family commented on our post Thursday morning saying she did!

They shared this photo with us.

Schofield and Williams nicknamed themselves Peanut Butter and Jelly long before March Madness, with Williams explaining to the SEC Network months ago "I'm peanut butter, he's jelly. I bring that casual, nice taste, and then he brings the knock-you-out type of taste."

RELATED: This Vol-Boilermaker couple's anniversary is Thursday, and they aren't watching tip-off together

RELATED: 'Like a fifth-grader that just ate some Skittles': Maryville students get literal to celebrate Grant Williams and the Vols