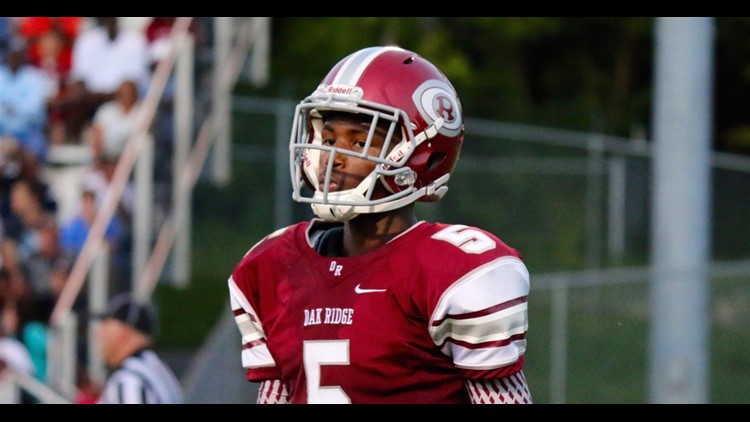 Tee Higgins is a five-star prospects according to 247Sports.

KNOXVILLE, Tenn. — Former Oak Ridge Wildcat Tee Higgins announced on Twitter Wednesday afternoon that he intends to forgo his senior season at Clemson to pursue a lifelong dream and enter the NFL Draft.

This announcement doesn't come as a shock to many fans of Higgins.  He dominated the high school ranks while at Oak Ridge, winning Mr. Football two years in a row as a Wildcat while putting up astronomical stats.

At Clemson, Higgins has made plays since his freshman campaign, and will go down in the record books as one of the most productive wide receivers in school history.  He finished his junior season tied for the most receiving touchdowns by any receiver ever to play at Clemson.  The two former Tigers that he shares that record with are two guys that have had very successful professional careers.  Higgins caught 27 touchdown passes in his three years, which tied him with Sammy Watkins and All-Pro receiver DeAndre Hopkins for the most ever by a Clemson Tiger.

The 2020 NFL Draft will be held in Las Vegas, Nevada this April.  Many projections have Higgins as a potential first round draft pick, but possible pre-draft workouts could elevate his stock even higher.