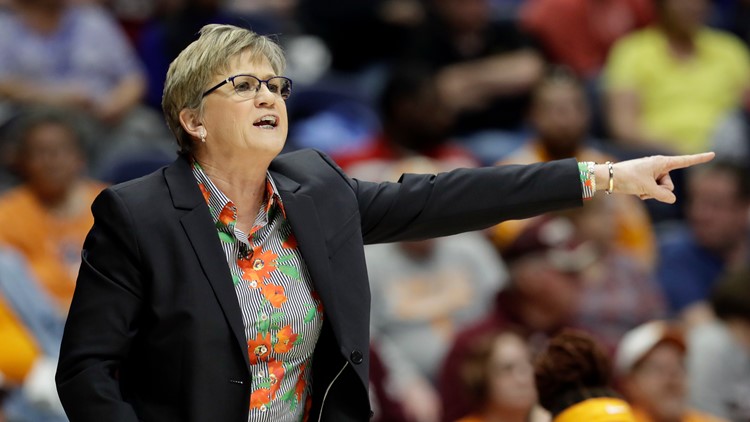 Photo by: AP
Tennessee head coach Holly Warlick yells to her players in the first half of an NCAA college basketball game against South Carolina at the women's Southeastern Conference tournament Friday, March 2, 2018, in Nashville, Tenn. (AP Photo/Mark Humphrey)

The program is part of the American Institute in Taiwan's yearlong "AIT@40" campaign, which celebrates forty years since the signing of the Taiwan Relations Act. Warlick is a member of the U.S. Women's basketball Hall of Fame and played on the U.S. gold medal team at the 1979 R. William Jones Cup in Taipei. Jue is the only Chinese-American head basketball coach in the NCAA and has coached at Chapman since 2003.

Warlick and Jue will be involved in workshops, discussions and basketball clinics focusing on strengthening women's leadership in sports, fostering youth development and empowering women and girls.

Warlick and Jue will participate in two public lectures while in Taiwan: "The Transformative Nature of Sports on Women and Girls" as well as "Sports and Achieving Your Dreams."